The Future of Tesla

The Electric Car Company’s Testament to Revolutionizing the Car Industry 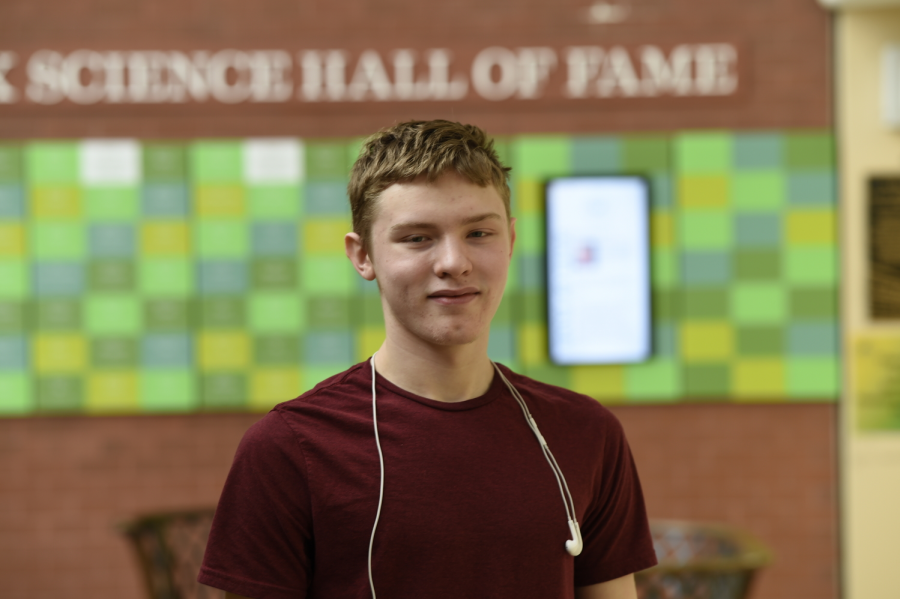 Evan Rothstein ‘21 weighs in on the discussion concerning the future of electric vehicles in the market. “I think as our environmental situation becomes more concerning and electric cars become more powerful and cost efficient, people will consider buying electric vehicles until they dominate the market or hold a considerable share within the next twenty years. Until then, combustion cars aren’t going anywhere,” Rothstein said.

With aspirations for a nature-friendly and efficient future, Tesla Inc. has spearheaded and streamlined the process of satiating market demands for electric automobiles.

It all began with two American entrepreneurs, Martin Eberhard and Marc Tarpenning, who invested in the niche electric car business. Their company, at the time, known as Tesla Motors, unveiled its roadster in 2008. The car set a precedent for automotive giants as it clocked in a 0-60 acceleration in under 4 seconds. Instead of a combustion engine, the car stored energy in lithium-ion battery cells in order to power its electric motor.

After Eberhard and Tarpenning left Tesla, Elon Musk, who supported the company with an investment of over $30 million, took over as CEO. Continuing from the company’s original successes, Musk introduced the Model S: the all-electric sedan that would go on to win awards for reliability, safety, and efficiency for its class. The sedan’s success in 2012 helped Tesla gain recognition as an automotive competitor.

Throughout the decade, Tesla continued to enlarge its presence by developing autonomous driving technology and improving battery packs so that they hold more charge before needing to refuel. To reach these goals, Musk has considered developing a new gigafactory in the Berlin area to aid the company in its efforts to increase its scale of production. By increasing the amount of jobs, Musk’s plans for expansion are met with counterbalancing the issues that differential revenue has on the company.

With these plans underway, the company has challenged other companies to produce electric vehicles. For instance, Mercedes-Benz revealed a concept car design for its all-electric S-Class. The emerging concept designs reveal Mercedes’s commitment to limit profligacy by using less cost demanding resources in favor for repurposed plastic, an important measure, especially when the topics of global warming and CO2 emissions have dominated the public arena.

“I think as our environmental situation becomes more concerning and electric cars become more powerful and cost efficient, people will consider buying electric vehicles until they dominate the market or hold a considerable share within the next twenty years,” said Evan Rothstein ‘21.

With the struggles of developing a fuel-efficient car, parent company Daimler is looking to spend “nearly $25 billion on batteries” as a way to invigorate prospective buyers. Other brands like BMW with its i8 technology and the Lamborgini Sian with its hybrid V12 combustion engine paired with its 48V electric motor, have created a new interest for all-electric and hybrid cars.

With the Model 3 being Tesla’s best-selling electric car in Europe, Musk unveiled the “Cybertruck” in an attempt to lure in more potential investors. The truck was met with mixed reception due to its box frame, which was either a hit or miss in terms of aesthetics. “I believe that while Tesla is going in the right direction with providing a window to the future of vehicle technology, [they’re] to improve a field of labor that shouldn’t be meddled with. Truck driving has been a thriving industry for years economically, and technology issues regarding it shouldn’t be a big priority,” said Zahin Sharior ‘21. Others are concerned with the pickup truck’s ability to resist drag and have questioned the integrity of the vehicle. On Twitter, Musk claimed that “With extreme effort, Cybertruck might hit a 0.30 drag coefficient, which would be insane for a truck.”

Despite the potential for the “Cybertruck”, the recent live demo of the truck failed to impress Wall Street investors as the “armour glass” didn’t live up to the standard. The financial capital is divided on the future of Tesla as the stock fell. Jefferies analysts have remained positive that the stock could jump to “$400 a share from $300 a share.” Skeptics believe that Tesla’s inconsistency will cause the stock to plummet.

Although Q3 of 2019 proved to be an improvement from the third quarter from last year, Musk  is settled on improving Tesla’s presence in the market. Musk challenges the perceived loss by providing insight into the future of Tesla, making commitments to improving their self-driving technology for the upcoming Model Y.

With speculation rampant, Tesla looks to flesh out its promises at the turn of the decade and challenge the pessimistic notions of Tesla’s failure at the end of the fiscal year.
With these plans underway, the company has challenged other companies to produce electric vehicles.