Tapping into a New Era of Public Transportation 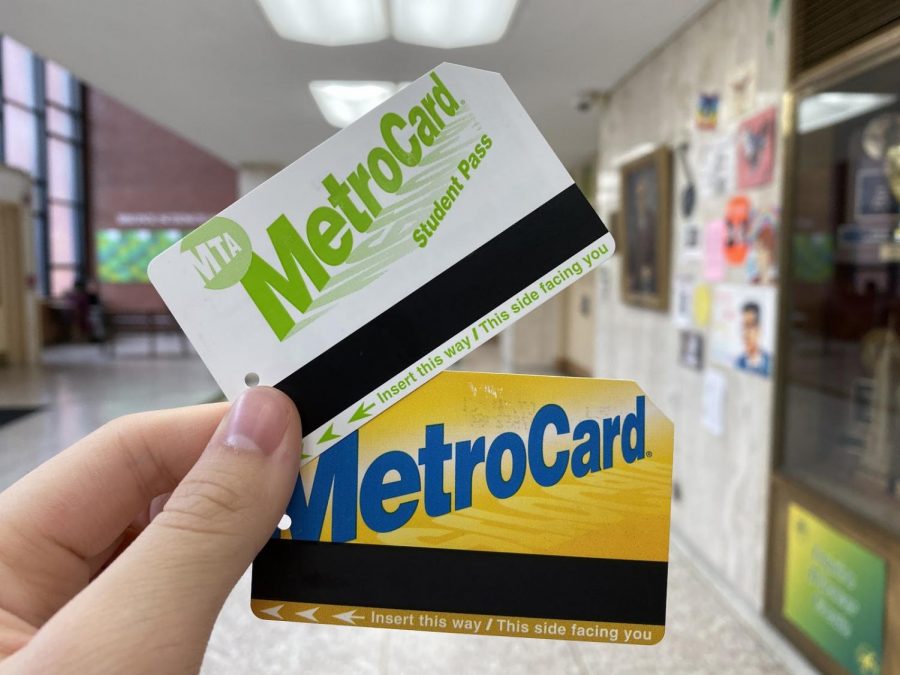 New York City’s iconic MetroCards will be gradually phased out by the new OMNY system by the year 2023, bringing forward a new era of accessibility and reliability for New York City’s ailing public transportation system.

It’s not difficult to understand why New York City is often referred to as the ‘business capital of the world.’ With its towering skyscrapers and hundreds of start-ups, it appears to be an exemplary example of what a 21st-century metropolis should be. However, beneath the surface lies a struggling subway system plagued by delays, fare evasion, and sanitation concerns. These issues stand in stark contrast to the flawless facade of New York City above ground. The Metropolitan Transport Authority (MTA) has recently taken the initiative to create long term plans designed to overhaul the system. From building new subway stations to investing in new train signal technology, the MTA hopes to make the lives of daily commuters more convenient. Included in the MTA’s vision of a modernized public transportation system is a program named OMNY,” or “One Metro New York.”

OMNY is the MTA’s approach to the convenient tap-to-go fare systems seen in metro stations across the world, from the London Underground’s “Oyster card” to Taipei’s “Easycard.” These systems allow commuters to load money onto reusable plastic “smartcards.” Once the commuter taps their card against the turnstile terminal, the electronic chip within the card registers a transaction. The MTA hopes to expand on this concept with OMNY, eventually planning to fully phase out the nearly twenty-three-year-old MetroCard by 2023.

Unlike other tap-to-go systems, OMNY allows commuters to make contactless payments using mobile devices through services such as Apple Pay and Samsung Pay, or through special bank cards, rather than solely relying on a physical smartcard provided by transit authorities. Chase and American Express have already started creating and distributing these bank cards to their customers.

According to the MTA website, OMNY is being rolled out in a four-step process. Steps 1 and 2 (from mid-2019 to late 2020) include an initial pilot program to collect commuter feedback followed by an expansion of OMNY to subway and bus stations. By the end of 2019, the MTA plans to implement OMNY in 48 new subway stations. Step 3 is scheduled for early 2021, in which OMNY will be rolled out to commuter rails such as the Long Island Railroad and Metro-North Railroad. During this time, the MTA will also release a mobile ticketing system on the OMNY app in hopes of consolidating a commuter’s transactions from all three modes of public transportation: bus, subway, and commuter rail. By 2023 (step 4) the MTA will introduce new features and services to the system in response to user feedback. A contactless transit card (smartcard) will be released before the year ends to ensure that those without mobile devices can still transition into using OMNY. In the meantime, today’s physical MetroCard will still be accessible until the entire OMNY rollout is completed.

So far, the OMNY rollout has been met with mostly positive reviews. According to the MTA, OMNY has registered nearly 3 million unique taps as of November 2019, breaking expectations. Subway officials attribute the popularity of OMNY to the potential benefits it will bring to the ailing subway system: reducing lines at ticket machines, speeding up service at turnstiles, and limiting the possibilities for fare evasion.

However, there have also been a few critical reviews of OMNY regarding concerns over data security. The Surveillance Technology Oversight Project (STOP), a non-profit advocacy organization fighting to end discriminatory surveillance, cited concerns over the collection of data by OMNY. In their  “OMNY Surveillance Oh My” report, STOP states, “Given how often government agencies, including the New York Police Department, have abused surveillance data to target ethnic and religious minorities and how for-profit corporations face overwhelming pressure to monetize user data, OMNY has the potential to expose millions of transit users to troubling repercussions.” Their critique is in response to the ambiguous privacy policies for OMNY. Although MTA officials promise that a user’s data are kept anonymous and encrypted, STOP claims that there are gray areas in the privacy policies which can lead to the exploitation of data to third parties.

Senior Kazi Sazid ’20 has a similar criticism of OMNY. “The possibility of the system being hacked is a real issue which can undermine the effectiveness of the OMNY payment system if implemented in full scale,” Sazid said. With the increasing use of mobile wireless transactions, a growing number of individuals are becoming wary about the future of personal data security.

As commuters in New York City find themselves tapping their phones and smart cards to get onto buses and subways, the importance of safety, comfort, and accessibility have become the focal point for the MTA in establishing trust with the public. Through OMNY, New York City’s sprawling public transportation system is modernizing into a new decade.

OMNY is the MTA’s approach to the convenient tap-to-go fare systems seen in metro stations across the world.