The fight against corruption 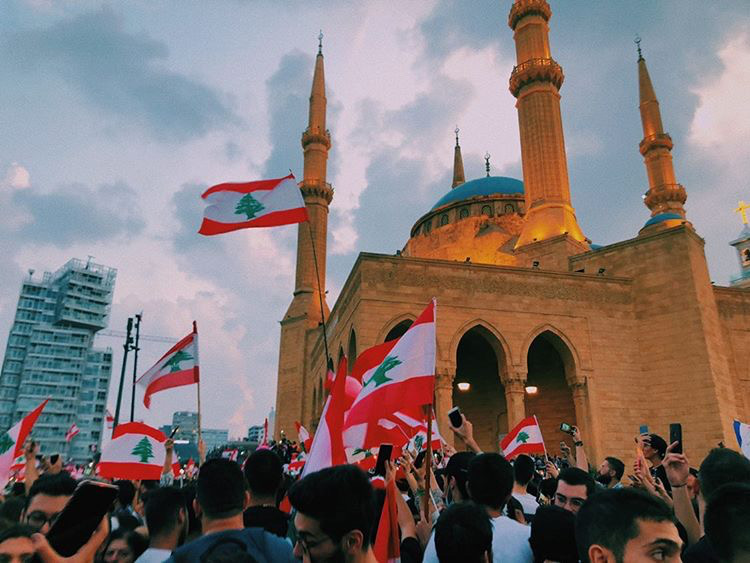 “Our government’s failure to manage the country’s issues with infrastructure and the economy have pushed people of all ages to protest. The streets are flooded with students from all over Lebanon,” said Lebanese student Celeste Abourjeli ’20.

Between a fifteen year civil war, heavy taxation and corrupt leaders, the people of Lebanon have had enough. Town and city streets all over the country are packed with people protesting against a government that has failed to take care of its citizens. Lebanon, a nation familiar with religious and cultural cleavages, is now experiencing the rise of a unified body of citizens calling out corrupt officials who have actively defied the will of their people. This amalgamated voice of the citizens is a deep contrast to the previous state of relations between the Christian, Sunni, Shia and Druze populations. Although Lebanon’s religious divisions remain tense and complex, the current revolution against the head of state is non-sectarian and has more to do with the economic conditions of the country.

The Lebanese parliamentary democracy has run into intense opposition because of its numerous austerity measures, including the breakdown of the sanitation department and the dismal electricity supply. As the cost of living has steadily increased and wages have stagnated, many people have left in search of better opportunities. But those who stayed have seen firsthand the creation of more and more new taxes without any improvement in the quality of public institutions like fire departments and sewer systems. When the government announced a tax on previously free phone calls via social media applications such as What’sApp, citizens began protests.

In recent weeks, protesters have blocked off major highways and roads in Lebanon as a form of peaceful protest against the government. “The scale of these protests demonstrate how endemic corruption in Lebanon is. The citizens recognize that the ruling class has been shielded from accountability, and now it is time for the consequences,” said Kai McCormik ’20. Most of these demonstrations have been peaceful; however, there have been multiple instances of the Lebanese police using excessive force and violence against citizens. Members of groups like Amal and Hezbollah that support the current regime have also attacked protesters, using rocks and metal rods. The Human Rights Watch is monitoring the current conditions in Beirut to ensure that the rights of the protesters are protected.

While the prime minister has resigned (as demanded), the protesters see his replacement as yet another corrupt official. Citizens’ salaries continue to decrease. Those in certain professions, including school teachers and civil servants, are receiving no pay at all. Even when compensated, their pay is still well below the minimum living wage. Businesses are closing. The cost of living in Beirut is approaching that of New York City, yet its residents  are being paid six times less than the average New Yorker. The people of Lebanon will not stand for these conditions. Protesters show no signs of slowing down unless the government meets their demands. 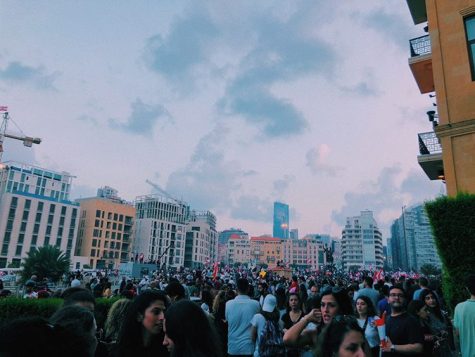 Perla Estephan
“People are fed up with the systematic corruption in their nation. They are fighting for a more transparent and efficient government, and hopefully the resignation of officials such as Saad Hariri will help them to achieve that goal,” said Saachi Patel ’20.
“The scale of these protests demonstrate how endemic corruption in Lebanon is. The citizens recognize that the ruling class has been shielded from accountability, and now it is time for the consequences,” said Kai McCormik ’20.