Plain Milk, But Not a Plain Menu 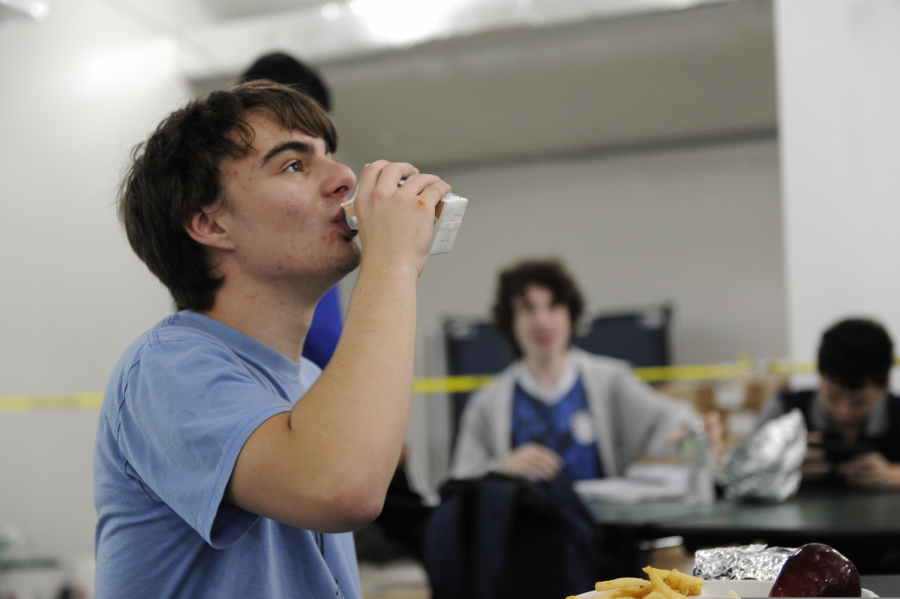 Students enjoy the option of chocolate milk with their lunch

Enjoy your chocolate milk while you can; it may not be here for long. The New York City Department of Education Chancellor Richard Carranza recently announced the possibility of a complete phase-out of chocolate milk from school cafeterias.

Although this change may seem extreme to some chocolate milk drinkers, New York City would not be the first to ban the beverage. Schools in Washington D.C. removed chocolate milk from their cafeterias back in 2010. Mineappolis, Maryland and San Francisco have all eliminated chocolate milk in recent years, as well. But despite these trends, many students in New York City are still reluctant to give up this popular drink option. Even students in Bronx Science voice concern over the idea.

While the sugar content in chocolate milk is the main cause of concern for the DOE, many others still stress the valuable vitamins in chocolate milk as a reason to keep the beverage.
Starting this 2019-2020 school year, all NYC schools have implemented ‘Meatless Mondays,’ where only vegetarian options are offered in cafeterias.
“Chocolate milk is a way to get more kids to drink milk, and the calcium in milk is so important to be healthy,” Sherman said.

One container of chocolate milk contains about 30% daily value of calcium, as well as significant amounts of Vitamin D and protein. By removing chocolate milk from school menus, many people fear that students will lose the nutritional value of milk in their diet.

But chocolate milk is not the only policy changing in schools throughout New York City in regards to food options. Starting this 2019-2020 school year, all NYC schools have implemented ‘Meatless Mondays,’ where only vegetarian options are offered in cafeterias.

These new menu options have a common goal, to help improve the overall health of students. More vegetarian food choices can help to reduce a student’s risk of major health issues that are linked with meat consumption, such as lowering rates of obesity, cardiac issues and cancer. This plan has been seen in our own cafeteria at Bronx Science, where Monday’s meal choices range from mozzarella sticks with fresh broccoli to mac and cheese with toasted garlic bread.

“It’s a good option for other peoples’ health and the environment to reduce overall meat consumption, even if its only once a week,” Aoife Hogan ’20 said.

Just one day of a vegetarian menu helps the environment by majorly reducing greenhouse gas emissions associated with the production and consumption of meat products. “We’re expanding Meatless Mondays to all public schools to keep our lunch and planet green for generations to come,” Mayor Bill DeBlasio said when he announced the plan.

Along with helping the environment, these changes may also benefit students who have not been previously able to enjoy school lunch meals due to dietary restrictions.

“There are a lot of students in the school system, such as Muslims or vegetarians, who can’t eat school lunch because there are only meat options available,” Ramisa Promi ’20 said.

This new wave of changes implemented by the Department of Education may signify a larger trend towards promoting health awareness in students.  No matter what happens, let us hope these new efforts inspire the next generation of students to have the knowledge to make health conscious choices.