Is the U.S. Destined for Another Recession? 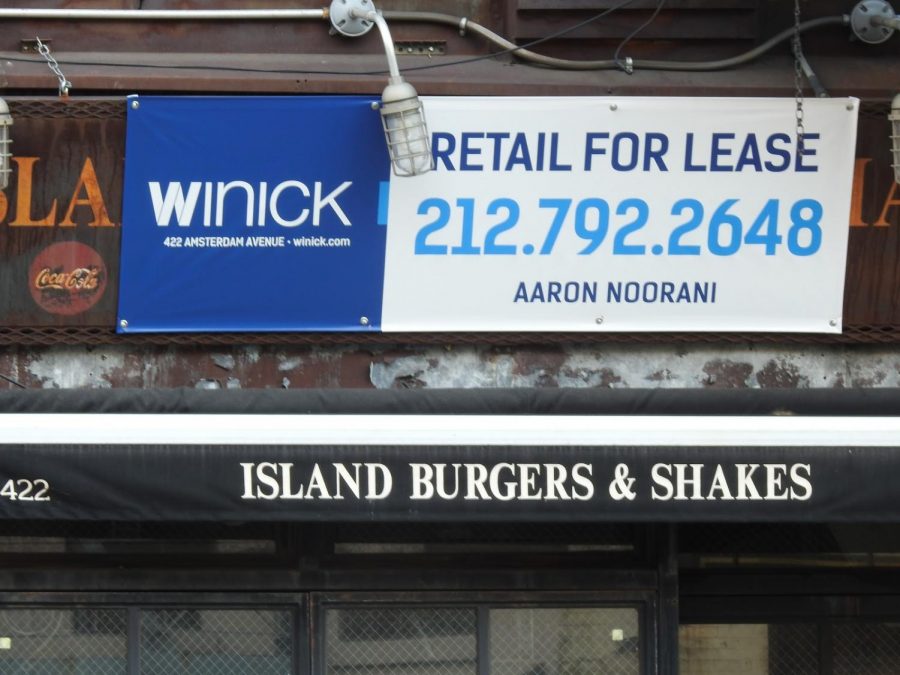 This vacant building was once a restaurant called Island Burgers and Shakes, however it closed earlier this year due to financial difficulties.

Recently, the American economy has been seen as a constant in a changing country, but what if we are readily headed for disaster?

Since late 2018, there has been much speculation from economists about the possibility of an upcoming American recession. The majority of these claims center around a combination of widespread investor overconfidence, exceptionally low interest rates, and insubstantial growth. The year is now 2019-2020; while there was some thinking last year, there are now hundreds of posts and articles wondering if there will be a recession, how long we have until it occurs, and how devastating the effects will be.

The United States has a long history of recessions, starting as early as the year 1797 with ‘The Panic of 1797.’ And the Great Depression from 1929 to 1938, which brought a decade of economic disaster to the country. It has been eleven years since the most recent recession in 2008, and eleven years is, by any standard, a pretty astonishing interval of economic growth. Since recessions are primarily an issue on the economic plane, the first place to look if trying to predict one would be with economists. Following this reasoning, Bronx Science’s AP Macroeconomics teacher, Mr. Massimi, was interviewed. He said that, “We technically hit bottom in the fourth quarter of 2008. So, we are in our eleventh consecutive year of expansion,” also adding that, “At some point the economy will slow down. Gross Domestic Product, unemployment, and inflation all look pretty good. Maybe too good.” The idea of a cycle was corroborated in an interview with Social Studies department teacher Mr. Symons, who said that “economic growth and decline occur in cycles. Just like the Law of Gravity, what goes up must come down.”

These interviews cemented the point that it is impossible to say with any extreme grade of accuracy whether a recession is guaranteed in the near future. However, Mr. Massimi suggested that going beyond the face of the economic dimension would be important to an understanding of the issue. He said that, “In my class, I want my students to go beyond understanding traditional economic analysis.”

Taking this advice to heart, the next step is to consider other factors that could be key to influencing another economic recession. A good place to start identifying relevant factors would be in the past. Given the U.S.’ history, it is likely that the past holds crucial information to understanding our possible upcoming recessions.

Like our current situation, past economic environments were elaborate; it would be challenging to sift through every detail. Instead, it might be more worthwhile to look for patterns, tried indicators of economic disaster. Ms. Steiker, a member of Bronx Science’s Social Studies department and an A.P. U.S. History teacher, said in an interview that, “Anything that you do to upset market confidence can very well lead to a recession,” later adding that, “The issue today is the impact of the tariffs and the trade agreements that we built around those tariffs.” Gabriel Przybylo ’22 had a similar take on the matter, stating that there is a possibility of a recession “in fifteen to twenty-five years,” and that “New governmental policies will destroy our economy.”

The current government disagrees, however, considering the economy as its crowning achievement. President Trump took to twitter to write, “…the Economy, where there is NO Recession, much to the regret of the LameStream Media! They are working overtime to help the Democrats win in 2020, but that will NEVER HAPPEN, Americans are too smart!”

Another perspective is that rather than obsessing over delaying an impossibility, a more reasonable plan would be to focus on bolstering the economy in general. This would include maintaining and improving what we have to the best of our ability. The proper route of avoiding a recession is a matter of debate, but the exact possibilities of a recession in the near future are still unknown.
“At some point the economy will slow down. Gross Domestic Product, unemployment, and inflation all look pretty good. Maybe too good,” Mr. Massimi.