Look! There’s A Hole In The Sky 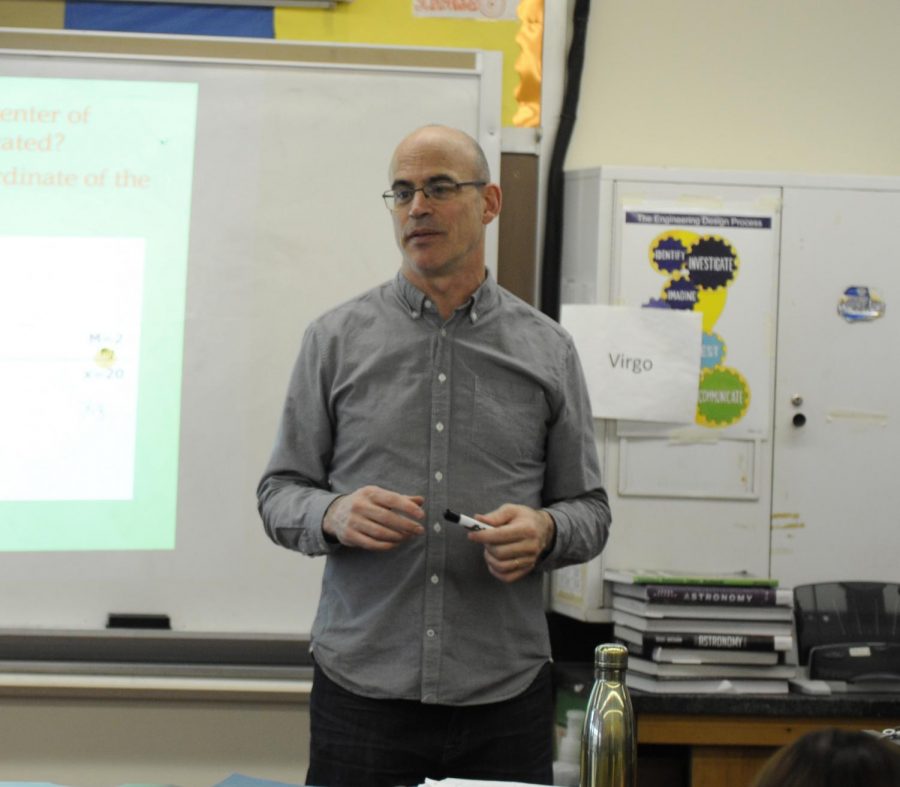 Mr. Farley, an astronomy teacher, shares information about the picture of a black hole with his class.

The stellar sky is full of wonders that are awaiting to be discovered. It is full of beautiful and stunning objects that enthrall the naked eye; however, there are more objects that are invisible and not on the list of being as photogenic. Black holes are not only sinkholes of space but they are also holes of scientific inquiry. They are mysteries that leave no trace of their identity. Only logic and reasoning can go as far as to merely theorize their existence. However, 2019 will forever be known as the year we took a giant leap to help uncover one of the darkest mysteries of the universe.

On April 10th, 2019, the first photograph of a black hole was revealed to the public. As big of a paradox as it seems, the photograph managed to grasp the world’s attention to these group of scientists who set out to prove the long held theories of relativity as pioneered by Albert Einstein.The Event Horizon Telescope (EHT) project had started their mission to photograph a gargantuan black hole called Messier 87, better known as M87, residing at the center of its galaxy. It is theorized that every galaxy has a black hole in its center and M87 just happened to be in our plane of sight.
“When I first saw the picture it blew me away.  Someday I ‘m sure we will have much better images but this was the first and we got to see it,” said Mr. Farley, Astronomy teacher.
The black hole picture was captured through the work of the EHT team. Group of scientists and graduate students worked from all over the world to take a picture of this super massive black hole. The radius of the telescope needed to be as large as our planet. Since that seemed nearly impossible to accomplish, they instead built small telescopes all over the world and took pictures that were pieced together to create a barely lucid image.

The picture may not have been spectacular, however the process involved in taking it was far beyond phenomenal. The telescopes required spontaneity. All the telescopes had to take pictures all at once in order to obtain a bigger image. However, the unpredictable weather of our planet made it impossible to capture something light years away. Therefore, the process of taking a snapshot of the black hole took more than two years.

The series of telescopes were also programmed and developed to look far beyond the scope of the human eye.  Each one had an immersive resolution, “enough to read a newspaper in New York from a sidewalk café in Paris,” said a member of the EHT team. The telescopes utilized a technique known as a very-long-baseline interferometry (VLBI). This technique allowed for synchronization of the world-based telescopes.

This event was not only a great feat for the scientists who worked with the project, but also many enthusiasts who have followed the science behind black holes. Mr. Farley, who teaches astronomy and physics here at Bronx Science, is one of the many enthusiasts who not only follows the topic, but also teaches it to his students. Upon hearing the news, Mr. Farley shared the event with his students. “The historical part was how they were able to actually accomplish getting the picture and the fact that [we] were among the first people in history to ‘see’ a black hole,” said Mr. Farley. “When I first saw the picture, it blew me away.  Someday, I ‘m sure we will have much better images, but this was the first, and we got to see it.”

Black Holes were once a figment of every physicist’s cognizance. Many anomalies that exist in the universe are directed to these sinkholes in spacetime. The nature of black holes are very peculiar indeed. However the understanding of its nature allows us to break the limitations of our intelligence. This photograph of M87 symbolizes our ability to break boundaries in scientific inquiry.