Why Can’t I Act? Sing? Dance? Anything? Anywhere?

After a lawsuit, artists struggle in their careers due to their former contractor’s blacklisting tendencies. 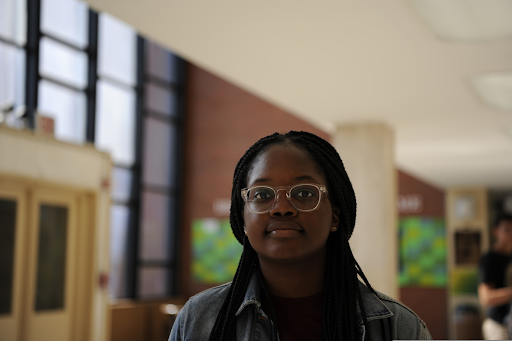 Amayel Ka '22 voices her opinions about Ailee’s blacklisting. “Ailee is a critically acclaimed vocalist who clearly puts a lot of effort into the music that she puts out for her fans, so it’s a shame that she is supposedly being blacklisted by her former company.”

When former Super Junior member Han Geng was casted into SM Entertainment, he was shocked to discover that he wouldn’t be allowed to chase his dreams. The former dancer, now aspiring actor, explained that his company would not get him any roles in TV series or dramas. “I wanted to act,” he said. However, his aspirations were quickly trampled in the dirt. Super Junior is a well-known idol group under SM entertainment. The company, notorious for the mistreatment of their foreign idols, takes advantage of the vulnerability of their foreign contractees. Being away from home and having to learn an entire new language renders these trainees and idols powerless, and the company tries to take advantage of this. Han Geng is a great example of someone who the company refused to let take on a job and earn money. This led him to file a lawsuit against the SM Entertainment. When he won the lawsuit in 2009, he returned to his home country, China, to begin his acting career there. Building off of the fanbase that he established as an idol, he created a successful acting career.

However, SM Entertainment’s mistreatment of their foreign idols went on after Han Geng. Shortly after Super Junior and SHINee’s debut, four non-Korean idols debuted with their eight Korean bandmates in a double-subunit group. Known as EXO, this group soared for domination over the industry in both Korea and China. However, as of 2019, three out of the four Chinese members have already left the group out of sheer frustration of the mistreatment they experienced. Recalling his former group members, Kris Wu, a now successful actor and singer, told Sina TV, “I met the right people at the wrong time.” All three of the members left with or without winning the lawsuits. Because of their promotions in China, SM Entertainment cannot blacklist them.

However, for other artists, the answer isn’t so easy.

When #JusticeForAilee started trending on Twitter, the hashtag got a lot of attention. With her new album, butterFLY being released, Ailee, a well-known vocalist in the industry, was set to come back with a new album after a three year-long period of near-silence when her music show appearances were abruptly cancelled. Fans linked this strange cancellation to her former agency, YMC, whom they believe to be blacklisting her.
“Ailee is a critically acclaimed vocalist who clearly puts a lot of effort into the music that she puts out for her fans, so it’s a shame that she is supposedly being blacklisted by her former company,” said Amayel Ka ’22.
Ailee, who is Korean-American, cannot simply continue promotions in America either. In the US, the entertainment and music industries function much differently and lack room for much, if any, Asian-American representation.

For the same reason, Jessica Jung cannot move back to her home country to continue her promotions. Just like Ailee, Jung, who was also part of SM, has also been prevented from entering music shows. Although she would very much like to, she has not made any solo music show appearances. She does not explain why, but she hints at SM’s previous deeds towards other artists such as JYJ, who are still unable to go on music shows because they were blacklisted by SM. “Basically, Jessica is blacklisted from performing on Korean television shows to promote her music because SM threatens those broadcasting companies by saying that if they let her perform, then SM artists won’t perform on it,” says Bonnie Huang ’22. In other words, if SM artists withdraw from a certain show, then the show would lose significant amounts of money that could have been earned from the enormous fanbases previously established by these artists.

Because K-pop has had the greatest influence within Asia, many Bronx Science students are affected by this issue. Bronx Science has quite a lot of students who dance in Lunar New Year Productions, a successful club. K-pop is a part of the modern dance category, showcasing a series of modern acts that are predominantly Korean. “I have three albums,” says Janet Chen ’20, the president of Lunar New Year Productions. “And I like a lot of groups. I started liking K-pop since the end of 2015.” Like Chen, an avid EXO fan, a lot of students at Bronx Science have been affected by this blacklisting issue. People who appreciate well-trained vocalists like Ailee and Jessica Jung are especially impacted. “It would be great if Ailee could perform Room Shaker or any of her songs because her music is being produced so that she can showcase it to her listeners and promote herself to future fans,” Ka ’22 said. This issue deserves attention despite the lack of mainstream media coverage. Although it applies to a selective group of people within a certain industry, it also applies to the more numerous consumers of the industry, especially the students here at Bronx Science.