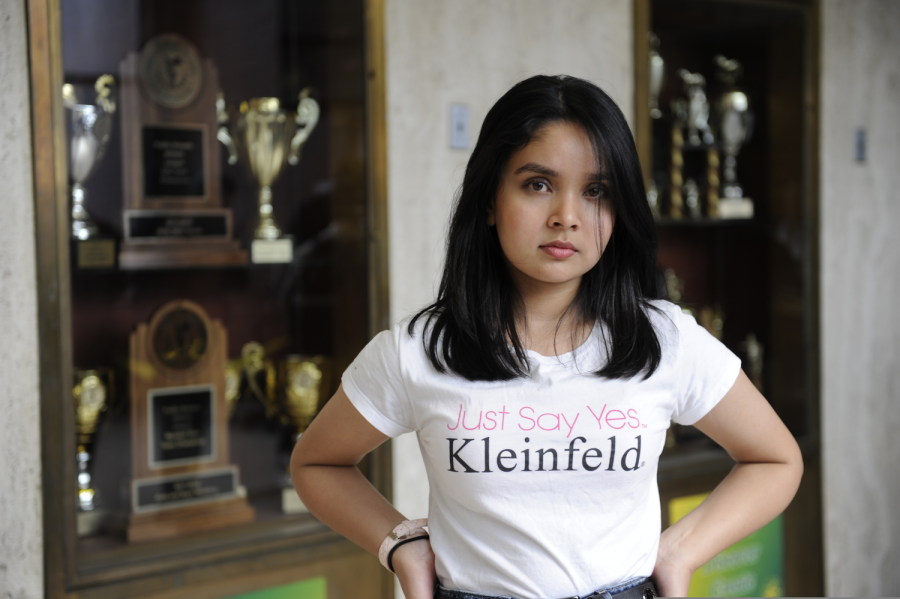 “No matter which party you identify with, humanitarian issues still remain pressing and prevalent until a decision is made,” said Shezwana Chowdhury ’20, a member of several clubs promoting activism at Bronx Science.

In the past months, an influx of hurricanes have devastated equatorial countries, like India and Mexico. Numerous studies have shown that the surge of natural disasters isn’t so natural—they’re brought upon by the ever-pressing issue of climate change. In accordance with his history of neglecting climate issues as well as requests for U.S. aid, President Donald Trump recently tweeted against the disaster relief package for storm-ravaged Puerto Rico.

The Senate voted down the relief package with the argument that it didn’t include enough money for the amount of damage done to the region, whereas Trump took to Twitter and claimed that it would have included too much money. More specifically, in his tweets, he bashed the islands’ leaders and their use of hurricane relief in the past, claiming that the money had instead been used for “other obligations.” In addition to the supposed misuse of aid, he also stated that Puerto Rico received $91 billion in aid from the government, which is far more than given to any other storm-ravaged region, and that this generous amount of aid makes him the “best thing to have happened” to Puerto Rico.

In his final string of tweets, Trump stated that instead of providing governmental relief aid, agencies like FEMA will take full responsibility to provide support for the losses caused by Hurricane Dorian in Puerto Rico.

However, many organizations and officials have tried to fact-check the claims he made in his tweets, and found little logical basis to support them. For example, in response to the claim that Puerto Rico was given $91 billion in aid, the Office of Management and Budget had announced that FEMA and other agencies have distributed just $11.2 billion. They believe that Trump got the supposed figure instead from the office’s estimate of how much the island could receive over the next twenty years, therefore inaccurately depicting the “generous” relief he has offered.
“The people of Puerto Rico are devastated at the moment, and the longer they don’t receive immediate relief the more they’ll suffer. Political figures like Trump who make the big decisions should definitely do their research before downvoting such a decision,” said Estavan Francis ’20.
Thousands of Puerto Ricans are enraged by the way the U.S. president is handling such an issue affecting U.S. citizens. Puerto Rican leaders, including those that Trump had, in his tweets, described as “corrupt and incompetent,” took to Twitter to respond. Governor Ricardo Rosselló, for example, wrote that the millions of people this storm had devastated are proud Americans and still need federal assistance regardless of how money has or has not been spent in the past. Rosselló reminds him that Puerto Ricans “are not your adversaries, we are your citizens,” to convey the obligation the U.S. President inherently has to the people of Puerto Rico.

Though these tweets further polarized this issue, territorial relief is usually a bipartisan issue. Within Bronx Science, students all across the political spectrum still feel the same about natural disaster aid for places like Puerto Rico. “Even though I usually agree with the more fiscally conservative policies, this is a humanitarian issue and shouldn’t really be so hotly debated on,” said Shezwana Chowdhury ’20, on her own alignment with the decision. Chowdhury believes that the relief figures should be exacted in the best interest of Puerto Ricans, but also of Americans. Estavan Francis ’20, a more left-leaning student, echoed a similar sentiment but took a more ethical approach to the issue. “The people of Puerto Rico are devastated at the moment, and the longer they don’t receive immediate relief, the more they’ll suffer. Political figures like Trump who make the big decisions should definitely do their research before downvoting such a decision,” he said.

In the end, demoralized Puerto Ricans are still suffering the repercussions of the hurricanes and their situation will only worsen if a decision isn’t made soon.