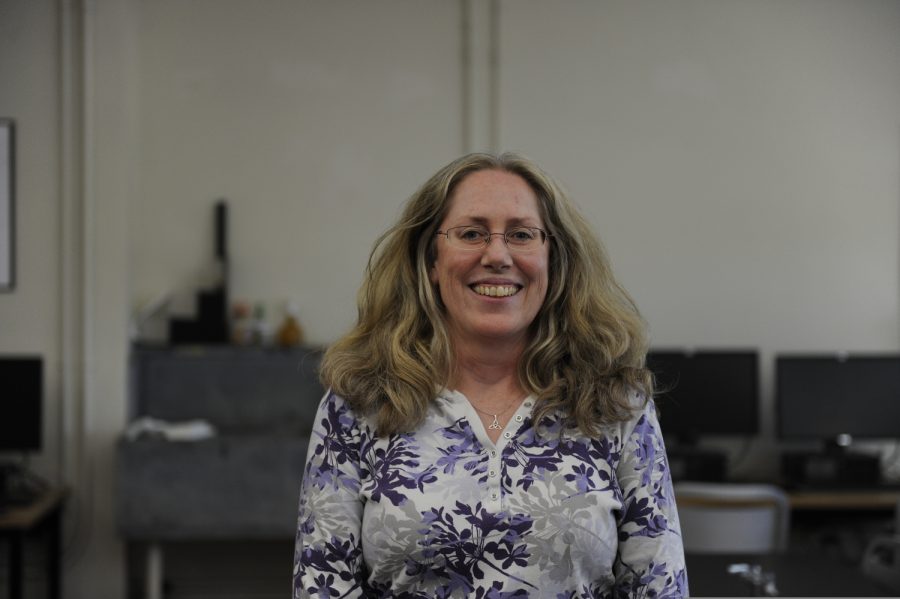 Dr. O’Leary is a teacher in the Biology Department at Bronx Science with a PhD in Epidemiology. She was concerned with with the Ebola Outbreak in the Democratic Republic of Congo since August 2018 and she also thinks that there should be more resources sent to Congo to help with the outbreak and prevent the virus from spreading to other areas before it is too late.

Ebola. This virus is spread after having physical contact with blood, secretions, organs or other bodily fluids of infected animals like fruit bats, chimpanzees, gorillas, monkeys, forest antelope, or porcupines. Once a person is infected by touching or eating the animals, human to human transmission can occur. There are other ways to infect other humans like having contact with blood and body fluids or objects of a person with symptoms of Ebola. Health care workers or caregivers are also at risk if they don’t wear gloves, gowns, masks. People involved in burial ceremonies that involve direct contact with the body of the deceased can also get Ebola. People can stay infected as long as their blood contains the virus. Something that is very important is that transmission is not airborne, unlike common cold or measles.
“Societal issues are the biggest obstacle in containing the outbreak. In areas where there is distrust of the government and war, it can be very difficult to provide medical help,” said Dr. O’Leary.
In the past, people have unknowingly spread this virus.The first symptoms are often deceiving, being very similar to flu, malaria, and other diseases (fever, fatigue, muscle pain, and more) and takes around 2 to 21 days to show. Unfortunately, there is no cure for this virus but there are experimental medications and vaccines to help prevent the virus.

A lot of information were learned during the 2014 to 2016 outbreak in Liberia, Guinea, and Sierra Leone. This outbreak was the biggest and most severe outbreak. Previously, Ebola outbreaks can be more easily isolated due to it being spread in countryside areas. However, this was the first outbreak in a city.

An Ebola outbreak is currently troubling the Democratic Republic of Congo and has started since August 1st, 2018. It is the second biggest outbreak after the 2014 to 2016 outbreak. This outbreak is occurring in North Kivu, South Kivu, and Ituri provinces of Congo. Around the early stages of the outbreak, Dr. O’Leary, Biology teacher, talked about it with her class last year. She was “concerned about it last year since we read that it was difficult for the health care workers to identify and help infected people since part of it is in a war zone and the people distrust the government.” Even though, the Democratic Republic of Congo had received a lot of aid, there are still so many people who died. Dr. O’Leary thinks that “societal issues are the biggest obstacle in containing the outbreak. In areas where there is distrust of the government and war, it can be very difficult to provide medical help.” Another reason could be that the WHO only had declared it a public health emergency only a year after it had started. This declaration means that the virus has a possibility of spreading internationally and not just regionally. She also thinks that more “resources should be deployed to the area, that should help identify more cases.”

Of the approximate 3,000 reported cases, around 2,000 people have already died. This means that the case-fatality rate is 67 percent, which is really high. Right now, the World Health Organization is doing whatever it can to help the people and stop the outbreak as much as possible. Every week, there are new cases reported. However, there has been a decrease in the number of cases that are reported. For example, from September 25th to October 1st, 2019, there have been twenty new cases reported in comparison to the twenty-nine cases from the previous week.

There is a possibility of the virus spreading into Tanzania as there are people getting sick with similar symptoms with one who has Ebola. However, the Tanzanian government does not want to release any information regarding the people. Dr. O’Leary believes that “all countries should work with the World Health Organization (WHO) to help identify any person with Ebola to help prevent the spread of disease.” Doing so can help many people since symptoms of the virus only start to show in 2 to 21 days. It could be possible for a person to not know that they have Ebola and travel to other countries. This means that people can be putting others at risk and might not even realize that. By helping identifying more people who have the virus, people who have the virus can also be “helped as soon as possible.”