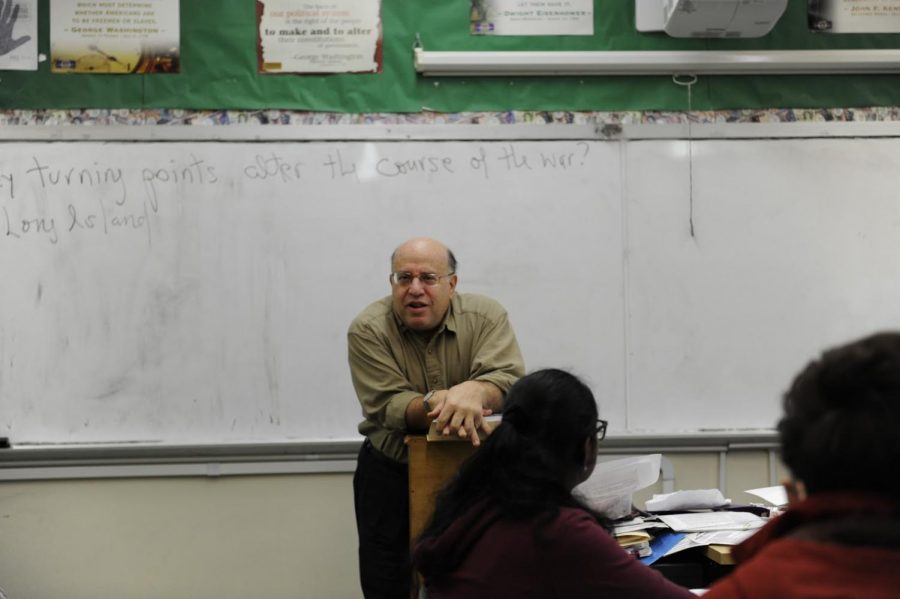 “As for those who are part of President Trump's clamor for walls, I fear that it reveals the true issue - not opposition to illegal immigration, but to immigration,” said Mr. Schorr, Bronx Science History teacher.

The Arizona Sonoran Desert, home to the Organ Pipe Cactus National Monument, has a history that dates back 16,000 years. It has been home to various indigenous peoples, such as the Hohokam Indians, and tribes, such as the Yaqui and Pima, currently have reservations throughout the desert. The desert also contains twenty-two archaeological sites, that the Trump administration’s construction of the border wall could damage.

The White House is planning to turn the five-foot fence that currently spans large swaths of the border into a thirty-foot wall. As a part of his 2016 campaign, President Trump encouraged the development of a wall that borders Mexico.Their efforts faced a lot of backlash from private landowners and conservation groups, who believe that the wall’s construction would encroach on their private property. However, this is the first time it is facing criticism from other parts of the government. The construction could prevent archaeologists from finding important artifacts and details about ancient Native American civilizations, it could also destroy hundreds of artifacts.

Mr. Frederic Schorr, a history teacher at the Bronx High School of Science, feels that the construction of the wall will ruin more than just the land: “I don’t know if this refers to actual open archaeological digging, or to areas where it is assumed that initial digging would produce good results. But – either way, amongst other things, such a ‘wall’ would surely ruin the land – for archaeological digs, for possible farming, for animal migration, and most of all, for the symbol it would represent for America, the land that now says ‘No,’ as a matter of course. It would neutralize the significance of the Statue of Liberty. As for those who are part of his clamor for walls, I fear that it reveals the true issue – not opposition to illegal immigration, but to immigration per se, especially from the lower latitudes,” Schorr said.
“Most of the news coverage on Trump’s border wall doesn’t mention the specifics about construction and how it would affect the land surrounding it,” said Samantha Cavusoglu ’21.
Americans have known for a long time that the border wall promotes anti-immigration ideology and essentially closes America off from the rest of the world, but now the construction of the wall also stands to threaten historic and scientific discoveries.

Surprisingly enough, not many know about how the border wall could ruin these archaeological sites. Students have different opinions as to why this has not gained more attention. Theodore Wai ’21 feels that people are focusing more on other aspects of illegal immigration, “I feel like most people are focusing on the political aspects, as well giving much more focus to the detention centers as well as the immigration crisis.” said Wai.

Samantha Cavusoglu ’21 agrees, focusing specifically on how the border wall is portrayed in the media. “More people don’t know about this because many people may not understand the significance of something like ruining archaeological sites. If there was more coverage on this issue and what it means, this would for sure become a wider known issue. Most of the news coverage on Trump’s border wall doesn’t mention the specifics about construction and how it would affect the land surrounding it,” said Cavusoglu.

“If more people learn about this, it may cause a lot more opposition. Those are very serious consequences that would expand the issue to affect important scientific discovery. Many scientists rely on fossils found in archaeological sites to learn key information about past species.This could lead to innovation and advancement in modern science. As a student at Bronx Science, I can understand the importance of sciencem and I think everyone else should too,” said Cavusoglu.