The most ambitious climate legislation of any major city in the world. 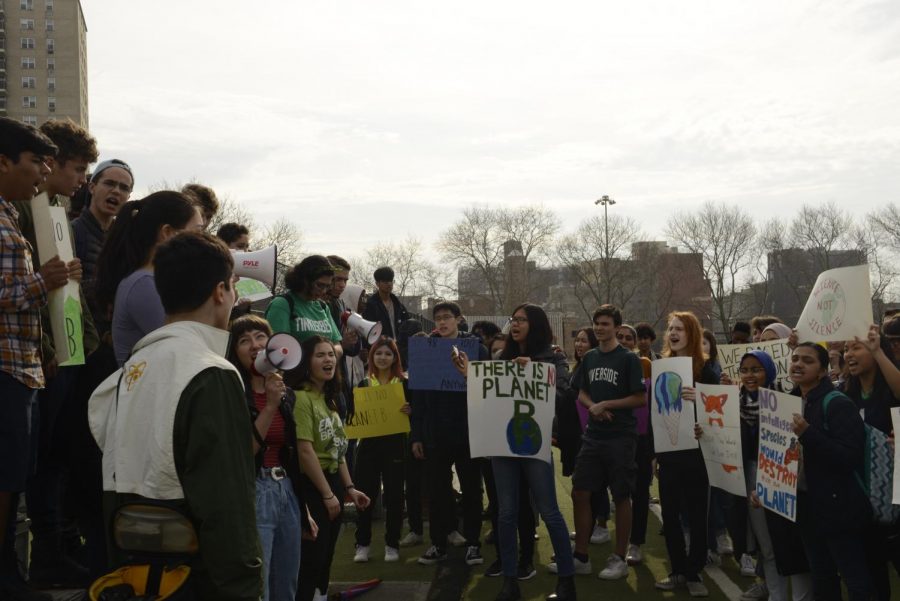 Students on Harris Field advocate for those in power to take action to address the Climate Crisis.

On March 15th, 2019, students at The Bronx High School of Science took part in the Global Strike for the Climate. Over 150 students gathered at Harris Field, over 10,000 students rallied at Columbus Circle, and approximately 1.4 million students went on strike worldwide in order to “urge those in power, whether they be local or global politicians, to address the Climate Crisis with the urgency it requires,” said Alyssa Chen ’19.

On March 16th, 2019, twenty-four hours after the strike, and presumably in response to the political message sent by the strike, the New York City Council passed the most ambitious climate policy ever enacted by any major city in the world. The NYC Climate Mobilization Act aims to decrease the carbon footprint of our city by 80% by 2050, using the carbon emissions in NYC in 2005 as a baseline.

The legislation aims to reach this target, and the shorter term goal of 40% carbon emission reduction by 2030, by cracking down on our cities biggest source of carbon emissions: buildings. According to the Urban Green Council, 71% of the city’s annual 5 million tons of carbon dioxide emissions come from buildings.

50,000 buildings throughout the city will be affected by this legislation. Landlords will be required to limit the carbon footprint of their buildings to an amount determined by the square footage of their building. If the buildings exceed their allotted emissions, they will be taxed according to the size of the offense. Buildings 25,000 square feet or higher will be most heavily taxed for their offenses.

Another portion of the New York City Climate Mobilization Act aims to halve the consumption of animal products in the city. Since the meat industry emits more carbon dioxide than the transportation industry worldwide, decreasing the demand for meat in such a large urban center will certainly result in a decrease in carbon emissions from the local meat industry.

The bill also introduces a new market into the city: efficiency credit trading. This system allows buildings to convert their efficiency in to a tradable good. For example, a newer building with an efficient boiler can sell the efficiency credits it receives to an older building that must purchase these credits to fulfill its efficiency quota. Renewable Energy Credits (REC’s) will also become widespread in New York City, allowing buildings with solar energy being produced on their roof to profit from their sustainable infrastructure.

This legislation is a huge step in the global movement towards addressing the Climate Crisis. Our planet is rapidly deteriorating and can only be saved from the worst effects of climate change if other cities around the world mobilize in the same way that New York City has mobilized. Furthermore, the passage of this bill the day after the Global Climate Strike also sends a message to all New Yorkers, especially to its youth, that activism and civil disobedience can enact tangible change and truly make a difference.
On March 16th, 2019, twenty-four hours after the strike, and presumably in response to the political message sent by the strike, the New York City Council passed the most ambitious climate policy ever enacted by any major city in the world.