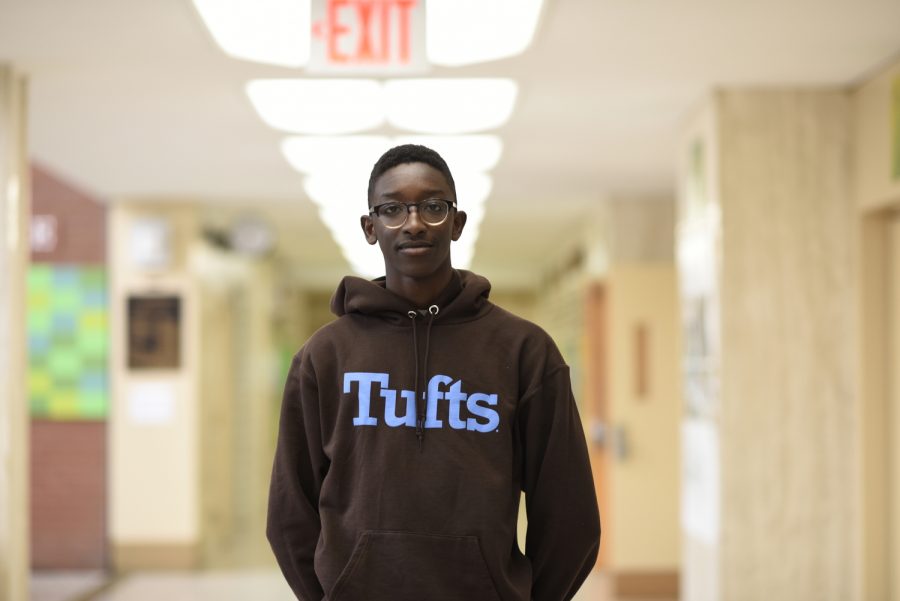 LiChai Epperson '19 makes the point that tragic events similar to the persecution of minorities in the 1930s should not be repeated, so we should raise awareness right now about the Chinese re-education camps.

After giving birth to triplets in Egypt, Mihrigul Tursun was waiting to return home in China to celebrate her growing family. However, upon her arrival, Tursun was immediately placed into a prison camp and separated from her newborns. When released, Tursun was met with the news of her dead child, Mohaned, amongst her three children. “I will tell them the Chinese government killed their brother,” said Tursun to CNN News.

Many Uighur refugees like Tursun have a story to tell after their experience in the Chinese re-education camps. Many former detainees have experienced life that is more than just a “re-education camp.” To them it is a prison camp, despite there being no grounds for arrest.

Uighurs, populating the Xinjiang region of China, are being relocated in concentration camps for practicing their Islamic culture and religion. They come from the northern Turkic region and settled in Xinjiang, China. Due to their cultural and religious differences, the Uighur population has rejected many Confucian practices. However, these re-education camps serve a purpose more foreboding than just enlightening Uighurs about Chinese culture.

Xinjiang is overflowing with oil and minerals. Its located alongside the Silk Road, a very eminent trading route used to trade great riches throughout Asia. The resources available in this region attracted many Han Chinese. However, as more Han Chinese began to migrate North, conflicts between them and the Uighur population started to grow. The Uighur natives began to feel threatened by the demographic and cultural shift taking place. The growing change in events resulted in massive riots in the capital, Urumqi. These riots then resulted in large scale casualties. The Chinese government has since decided to round up Uighurs and place them in concentration camps which are disguised as “re-education” camps.

Around one million Uighurs are now in concentration camps distributed throughout the region. The UN committee was once alerted of this event in August, 2018. While discussing this issue, China denied the allegations and claimed that their goal was to integrate the Uighurs into Chinese culture.
“Persecution of an ethnic group and attempting to eliminate them is xenophobic, bigoted, violates literally every human right ever, and shouldn’t be tolerated in 2019,” said LiChai Epperson ’19.
The truth, however, lies behind the bars. The Human Rights Watch has claimed that a large region of Xinjiang has been transformed into a massive internment camp. Within the camps, Uighurs are being taught basic Chinese etiquette, language, and religion. Uighurs are being forced into re-education. As diligent members of the Muslim community, they are being forced to renounce their faith. They are pushed to shave their beards, swear loyalty to the Chinese government, and most importantly, to surrender or criticise their religious beliefs.

Many journalists have been able to reach out to former prisoners of the camps.“They wouldn’t let me sleep, they would hang me up for hours and would beat me. They had thick wooden and rubber batons, whips made from twisted wire, needles to pierce the skin, pliers for pulling out the nails. All these tools were displayed on the table in front of me, ready to use at any time. And I could hear other people screaming as well,” said Omir, a former detainee.

Stories like those of Omir and Tursun are being shared across the world to raise awareness of this issue; this is the first step in ending the unprecedented actions put forth by the Chinese authorities.

Other than the news, sources on social media are also exposing the inner workings of the camp. While journalism and media sources have made efforts to publicize verified information against the Chinese government, social media has taken a more direct approach in terms of resolving the issue. Students here at Bronx Science have participated on social media by re-uploading old posts and sharing new events that are revealed by local journalists and reporters. Social media created a new platform for people to share untold stories amongst younger audiences. By appealing to open-minded audiences, this issue has gained momentum and sympathy from people all across the world, all of whom are actively participating in this movement to raise awareness.

“Persecution of an ethnic group and attempting to eliminate them is xenophobic, bigoted, violates literally every human right ever, and shouldn’t be tolerated in 2019,” said LiChai Epperson ’19, one of many Bronx Science students who feels most strongly about this issue.

After learning about the persecution of minorities in their history classes during the 1930s, students are now able to connect the tragic events that took place at a time in history to the events unfolding in the contemporary society.

“It is disgusting. China claims that these camps are merely ‘reeducation centers.’ They displace children of Uighur citizens whom they have arrested. They do this all because the Uighurs live on a very valuable land. This seems strikingly similar to North American (U.S. and Canada) treatment of Native Americans from the 1800s until around 1920. This is the epitome of history repeating itself, and it deeply saddens me that as time goes on, no action has been taken to try to stop the Chinese government,” said Jessica Shannon ’19.

These staggering connections to past events reveal the potential danger that this massacre possesses for an ethnic minority. The next step is to stop this problem as soon as possible, before the result becomes something much worse and tragic. In the end, we don’t want history to repeat itself.