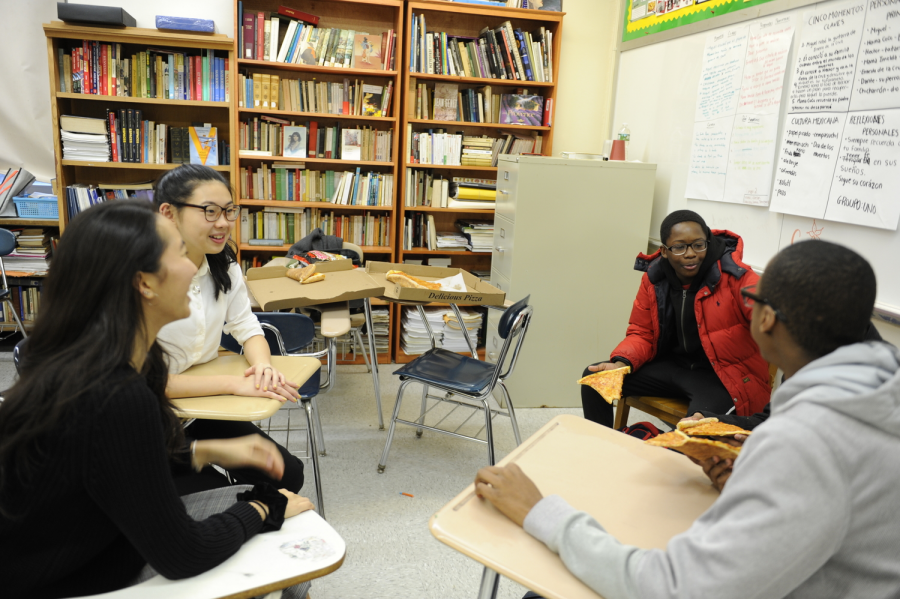 The Fashion & Design club meet to share ideas on their views of expression through their clothes, as well as talk about significant events in the fashion world, including the Gucci incident.

Shoulder pads and fringe are fashion; racism and appropriation shouldn’t be.

While some may accuse this generation of being too easily offended, recent designer fashion labels have truly crossed the line. There has been a greater recognition in the racism and cultural appropriation behind certain clothing items that these labels deem as “fashion.”

This movement reached high publicity in February 2019, when Gucci released a black balaclava turtleneck sweater. While this piece had been around since the brands autumn clothing launch, it recently provoked public outcry. Critics claim that this piece resembled blackface. Blackface refers to the makeup worn in theatrical performances during the mid-20th centuries , where it was exaggerated to imitate black people. Many people began to question why such a well known designer brand made such a huge mistake without anyone on their team noticing. The backlash seemed to have doubled since the turtleneck gained major publicity during Black History Month.

A certain governor’s yearbook photo and this turtleneck may make it seem like this is a new issue, but racism and appropriation have actually been rooted in fashion for some time now. Prada also faced backlash for this same issue with their “Pradamalia” collection, an assortment of key chains and trinkets, last December. The designers of the trinkets intended on displaying imaginary creatures through this collection, but the depiction of the monkey hit too close to home with our country’s terrible history on ‘blackface.’ Depicted as a brown figure with large, red lips, it’s hard to imagine that not a single person of the Prada team was not able to recognize a disturbing image.

Backlash has also erupted because of the current turmoil against these groups in our society. There has been many hate crimes towards to the African American, Muslim, and Sikh communities. People identifying with these backgrounds have been attacked many times, with a steep increase ever since the 2016 election. While the color of people’s skin and the clothing they choose to wear have led to people being abused and murdered, Gucci is deeming it as fashion. This hardly seems fair.

Prada has since apologized for the offensive toys and removed it from stores. Gucci has also apologized for balaclava turtleneck on their social media platforms. They expressed regret by saying, “We can confirm that the item has been immediately removed from our online store and all physical stores. We are fully committed to increasing diversity throughout our organization and turning this incident into a powerful learning moment for the Gucci team and beyond.” They have yet to respond to the criticism about the turban and hijab fiasco. While they may have removed the turtleneck from their shelves, is that going to be enough to keep such offensive symbols out of not just fashion, but our culture all together?