The Election for Queens District Attorney Heats Up 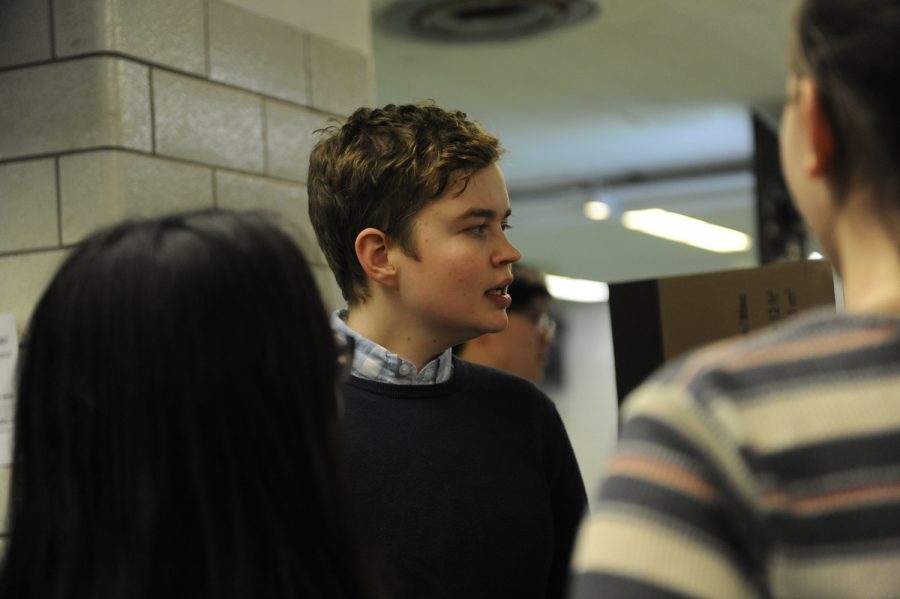 Eli Zerof discusses his research project, regarding political discourse in the #MeToo era. Through this research, Zerof has come to understand the importance of standing up and becoming involved in local elections, which is what inspired him to volunteer to become a part of the Queens DA race.

On November 7, 2017, the first domino in the vast apparatus that makes up America’s carceral state fell. That day, Philadelphia’s more than one million eligible voters elected Larry Krasner as their next District Attorney, a move that sent shock waves around prosecutors’ officers around the country.

Krasner represented the opposite of those that had preceded him in the job. Lynne Abraham, who had been Philadelphia’s district attorney until retiring in 2009, was dubbed by the national press as the “Deadliest DA in the country,” obtaining a record 108 death sentences in less than two decades on the job. Abraham was then replaced by Seth Williams, whose corrupt dealings in office flipped his role from the prosecutor to the prosecuted, as he was sentenced to five years in prison for bribery.

Larry Krasner, on the other hand, was a prominent civil rights attorney and public defender, working with Black Lives Matter and Occupy Wall Street, and suing the police department more than 75 times. Krasner pledged to dismantle mass incarceration by prosecuting fewer low level offenders and no longer asking for cash bail in most instances. The head of Philadelphia’s police union called Krasner’s candidacy “hilarious;” yet, Krasner defied the odds to soar into office, defeating six other Democratic primary candidates and a Republican challenger.

Krasner’s election was hailed by progressives as the first reformer elected as a DA in any major city, and his tenure has felt like a sea change for both Philadelphia and the country. His election has inspired other criminal justice advocates around the country to look locally, focusing on the election of prosecutors rather than that of national officials. This shift in strategy occurred as advocates began to realize the ways in which prosecutors largely hold the keys to change in the criminal justice system, as most offenders are prosecuted on a state level, which District Attorneys are responsible for overseeing. Prosecutors choose when to bring charges, which charges to bring, and whether to push for leniency, including rehabilitative and diversion programs that can wipe criminal records after convictions, or more punitive measures.

Since 1994, data compiled by Fordham law professor John Pfaff indicates that changes in prosecutorial behavior was the primary driver behind the expansion of America’s prison population since the end of the twentieth century. Over the last two decades, prosecutors have doubled the rate of felony charges brought against arrestees, and more than ninety five percent of all convictions have been a result of plea bargains, negotiations run entirely by prosecutors before cases are brought to trial. As a result, those who want to change the justice system have begun to look at changing the offices of those who dictate its policies—local District Attorneys.

Nowhere is this trend more clear than in Queens. Before he died at 86 years old this May, the Queens District Attorney’s office was headed by Richard Brown, who held the position for nearly three decades. In the face of rising skepticism about criminal justice policy in the last decade, Brown was defiant, refusing to take up the mantle of reform. Brown refused to form a Conviction Review Unit to investigate potential wrongful convictions, refused to lessen cash bail requests for low-level offenders, and opposed the closure of the Rikers Island Correctional Center. Although Queens is 75 percent non-white, 70 percent of Brown’s staff was white, with most of the supervisory positions in the office composed of people from outside of the borough. Brown never had to defend his record against any other candidate; in each one of his terms, he ran unopposed.

As more liberals embrace criminal justice reform, a change in the Queens DA office feels inevitable. Every single one of the seven candidates running to replace Brown have promised to dismantle mass incarceration in ways Brown refused to, with most candidates pushing to dismantle cash bail, close Rikers Island, prosecute fewer nonviolent offenders, and end New York’s gag rule which prevents defendants from seeing the evidence against them before trial. The candidates for District Attorney also represent the desire for greater diversity in the office, with four of them being people of color, and three of them being women.

The favorite in the race is Queens Borough President Melinda Katz. The arc of her life represents the ways in which the Queens DA Race has been a race to the left, with each candidate trying to one-up the other by supporting even more progressive policies. As a State Assemblywoman, Katz voted in favor of the death penalty, and as a City Councilwoman Katz voted to increase penalties for minor crimes like graffiti. Even as she entered the race in December, Katz said she supported the use of cash bail for violent offenders and supported a plan to construct four new jails in place of Rikers Island.

Katz has been challenged on her record by Tiffany Caban, a progressive insurgent who wants to spark the type of grassroots movement that elected Alexandria Ocasio Cortez with many of the same voters less than one year ago. At thirty-one years old, Caban is the youngest candidate in the race, and also stands in contrast to other candidates as a public defender running to hold the very office she often is up against. Caban’s campaign is far behind Katz and other challengers in quantifiable measures; last quarter, she raised so little, less than $1,000, that she did not even have to officially disclose her fundraising. Katz, on the other hand, has accrued a war chest of campaign funds; last quarter, she raised more than $1 million, with more than a quarter of her fundraising coming from the real estate industry.

Despite trailing in fundraising and name recognition, Caban has differentiated herself in the widening field for the DA’s election. Fundraising data backs up Caban’s argument that she is accruing grassroots support, as despite raising far less total money as other candidates, Caban had more total individual donors than all six other challengers combined. Caban has staked out the left-most position on each issue, vowing to end all cash bail, build no new jails, and prosecute no recreational drug use or sex work cases. As a result, Caban’s candidacy has drawn many liberal groups into the race, who see it as a proxy for the ongoing fight in the Democratic party between more establishment-oriented and more progressive, Bernie-inspired candidates. The Democratic Socialists’ Association, and Our Revolution, an organization run by Bernie Sanders’ former campaign manager, voiced support for Caban from the start, and just this May, Alexandria Ocasio Cortez weighed in, sending what she hoped to be both a high profile and high impact endorsement of Caban. The campaign for more progressive prosecutors came in full circle on June 5th when Larry Krasner, the first in a wave of District Attorneys elected after running on more progressive platforms that would have seemed outlandish less than a decade ago, officially endorsed Tiffany Caban, who explicitly positions herself as someone who would carry this progressive torch into the prosecutor’s office of one of America’s largest cities.

Even if she doesn’t win on election day, Caban’s presence has moved other candidates to the left. After facing attacks by Caban and her liberal allies, Katz changed her position on cash bail for violent offenders, now vowing to abolish it, and has also changed her stance on the construction of new jails, now promising to oppose them.