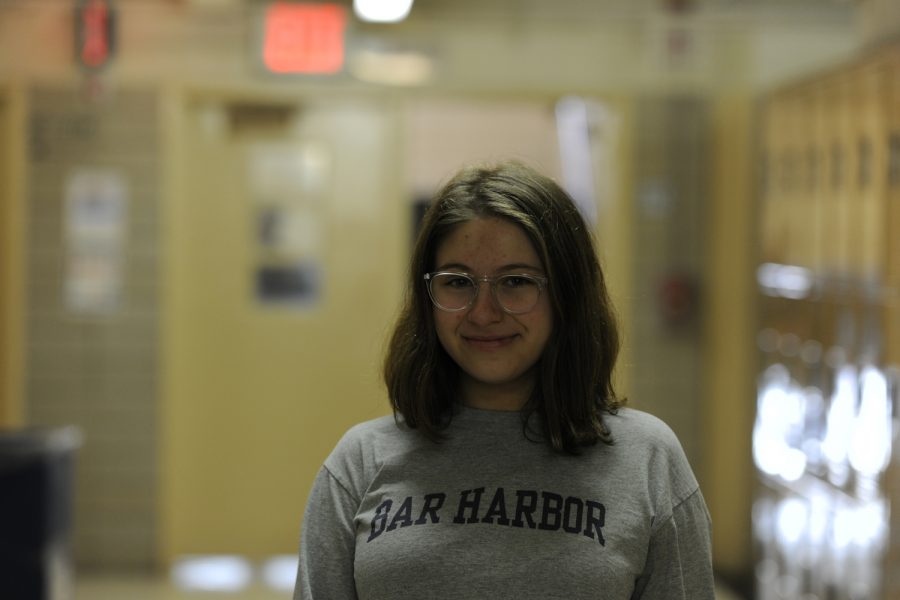 Stephanie Gallent ’20 is among the leaders of Bronx Science’s green movement.

Seventy-five years from now, Americans will no longer reflect upon the Great Depression as the most devastating economic disaster in our country’s history. Instead, that title will be claimed by climate change, a catastrophe expected to leave America with billions in debt. This was one of the central findings of the Fourth National Climate Assessment, which left many Americans in shock after its release by the U.S. Global Change Research Program in November. While revitalizing promising pro-environmental discourse, the federal report has brought attention to the anti-environmental policies instituted by Donald Trump—as well as his efforts to discredit the report itself.
The worst effects of global warming are yet to come.
The report garnered a great deal of attention, and with merit: it features the most alarming findings published by the government yet. The report brusquely dismisses the notion that time is on our side in the race to mitigate global warming and pollution. Instead, at the core of the national assessment is the revelation that the effects of climate change are already tangible within our country.

In 2014, the National Assessment forecast increased flooding in coastal cities, warming waters, and droughts. The findings of this year’s assessment indicate that these predictions have already materialized, causing infrastructural and economic damage across the country. An uptick in hurricane intensity costs an annual $28 billion a year in flood damage. Warmer waters threaten the livelihood of Americans involved in the fishing industry. Droughts have been attributed to the most devastating wildfire in California’s history, resulting in the deaths of eighty-five people.

As overwhelming as the situation seems, the report warns that the worst effects of global warming are yet to come. As the changing climate continues to alter weather, sea patterns, and air quality, America will see unprecedented devastation to its communities and institutions. Extreme weather events are predicted to disproportionately impact low-income and marginalized communities, which could manifest in a growing wealth gap. Above all, the report indicates that current mitigation efforts are not nearly sufficient to alleviate or prevent these outcomes.

Despite the fact that the report was produced by a collective of over 300 experts in the field, its findings have been rejected by climate change skeptics. Some have dismissed the findings as alarmist—an attempt to reach a political agenda by inciting panic. Among these critics is President Trump, whose policies surrounding climate change speak for themselves.

One of Trump’s first actions as president was to announce his intention of pulling out of the Paris Agreement, an international accord which set forth promising goals to mitigate human-produced climate change. In fact, much of his agenda rests on the promotion of the fossil fuel industry. To achieve this, Trump has repeatedly made cuts to the EPA, appointing Andrew Wheeler, who is entangled with coal and oil companies, as the head of the agency. In 2012, Trump referred to climate change as as hoax invented by the Chinese, “to make U.S. manufacturing non-competitive.”

Knowing this, it comes as no great shock that the president made efforts to suppress the November report. The assessment, if taken for its credibility, completely undermines a key part of his agenda. Thus, in an effort to minimize its public reception, the administration released the report on Black Friday, one of the busiest days of the year. While the president does not usually mince words, when asked to comment on the report, he simply said, “I don’t believe it.” It was a sharp juxtaposition to President Obama, who showcased the findings of the Third National Climate Assessment as a part of his Climate Action Plan in 2014. “The president’s words are a step backwards for America. We cannot let Trump dictate our planet’s future,” said Katarina Kovacevic ’20.

Luckily, the findings of the report did not go unnoticed by all. Within Bronx Science, many students are stepping up to the challenge that politicians have backed away from. “I feel like there are a significant number of people who are seriously alarmed by the state of our climate, but we need more to make a real difference,” said Stephanie Gallent ’20, who serves as the Committee Leader of Outreach for the Bronx Science Green Team. Gallent added, “The problem won’t go away just by acknowledging it—we have to make an effort to solve it.” Evidently, there is hope yet for change; faced with an ominous global crisis, our generation refuses to remain passive. Now more than ever, this initiative may be our saving grace.