The Science Talent Search is the "nation’s most prestigious science research competition for high school seniors." 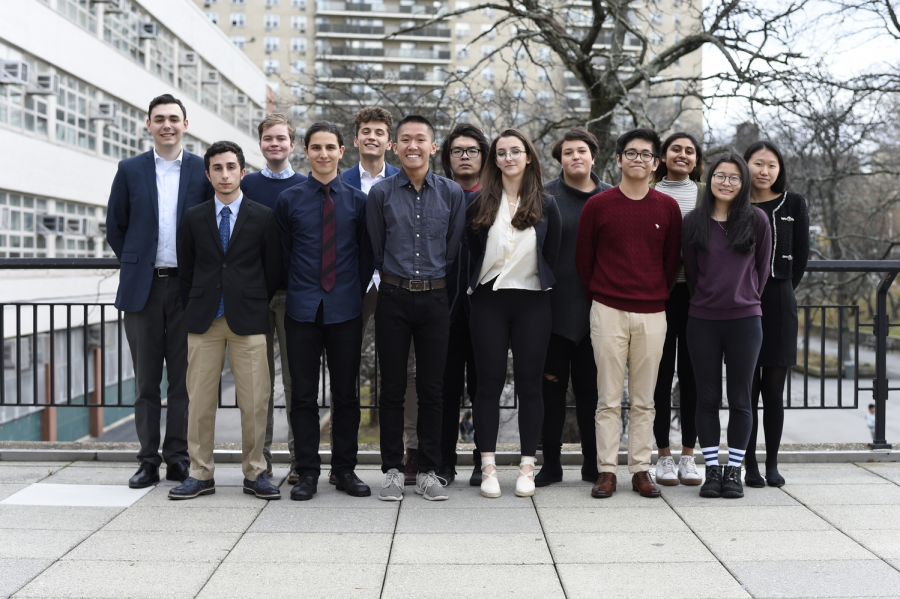 After countless hours poured into experimentation and hundreds of meticulous edits, the final submissions for Regeneron Science Talent Search have been concluded and three hundred Regeneron scholars across the country have been announced. With thirteen semi-finalists hailing from Bronx Science, making up 4.33% of all semi-finalists, our school has produced the greatest number of Regeneron Scholars from any one high school for the second year in a row, with Jericho High School next, featuring eight students.

The history of the contest is varied and fascinating. In 1922, journalist Edward W. Scripps and zoologist William Emerson Ritter created the Society for Science & the Public to further an interest in science amongst the general public. Starting in 1942, the Society for Science & the Public launched the Science Talent Search, a research based science competition for high school students. The program has had various sponsors over the years: the Westinghouse Electric Corporation served as the sponsor from 1942-1998, the Intel Corporation was the sponsor from 1998-2016, and Regeneron took over sponsorship in 2016 and continues with it to this day.

With our students’ entries, a vast array of subject matter for the projects was covered. Chloe Frajmund studied the impact of poor sexual education on the prevalence of HIV/AIDS in the Southern United States, Anika Kalra researched the use of carbonic anhydrase inhibitors for treatment of neurovascular degeneration, and Olga Khmelnitsky created a model for how DNA data could be used to resolve classification disputes regarding a new genus of mushrooms spanning from Malaysia and Australia.
“I’d like to thank Mr. Perna, Mr. Fomin, Ms. Nehmeh, and Dr. Shapovalov for being such great teachers and pushing me to places I don’t think I would have reached otherwise,”
Additionally, all student projects yielded not only significant results, but also findings with real world implications. For example, William Chen investigated a potential model for novel energy storage modules through iteration-based Quantum Marcus Theory equation. The goal of his research was to find an alternative, cleaner source of energy that could work effectively on a broader scale. “Green energy is cool and necessary if we don’t want to accidentally scorch the Earth, but is not very effective right now due to the need for energy storage. My project used electron transfer equations to improve the effectiveness of novel capacitors to resolve the aforementioned energy storage issue,” Chen said. Similarly, Daniel Brous studied ways to improve the modeling of hydrogen storage material which also has the potential to improve our current potential for clean energy storage.

Completing a research project is a monumental task and, as a result, is rarely an independent effort. Students rely on the guidance and wisdom of outside mentors and the excellent research department heads within the school. “I’d like to thank Mr. Perna, Mr. Fomin, Ms. Nehmeh, and Dr. Shapovalov for being such great teachers and pushing me to places I don’t think I would have reached otherwise,” said Brous. While the validation that comes with winning such a prestigious title is gratifying, many students contend that it is the research itself that provides the greatest reward. “My favorite part of my research was realizing that my data actually had significant associations and correlations, because it meant that my entire project actually meant something,” said Chloe Frajmund.

Eli Zerof, who examined the quality of different tweets during the #MeToo movement through code, stated that the trial and error process of collecting data was the most satisfying. Brous added, “My favorite part was either getting approval that my results looked solid from my mentor, or putting the finishing touches on my paper and submitting it.” Some students felt that the most valuable aspect of their research experience came from the connections they formed with other students. William Chen added that one of his best memories from research was “eating disgustingly-sweet pizza with the other students in the Math Research room.” Regardless of which memory they picked as their favorite, all students have demonstrated gained research experience that will serve as an invaluable foundation for their higher education and beyond.