L Train Shutdown Gets Shut Down 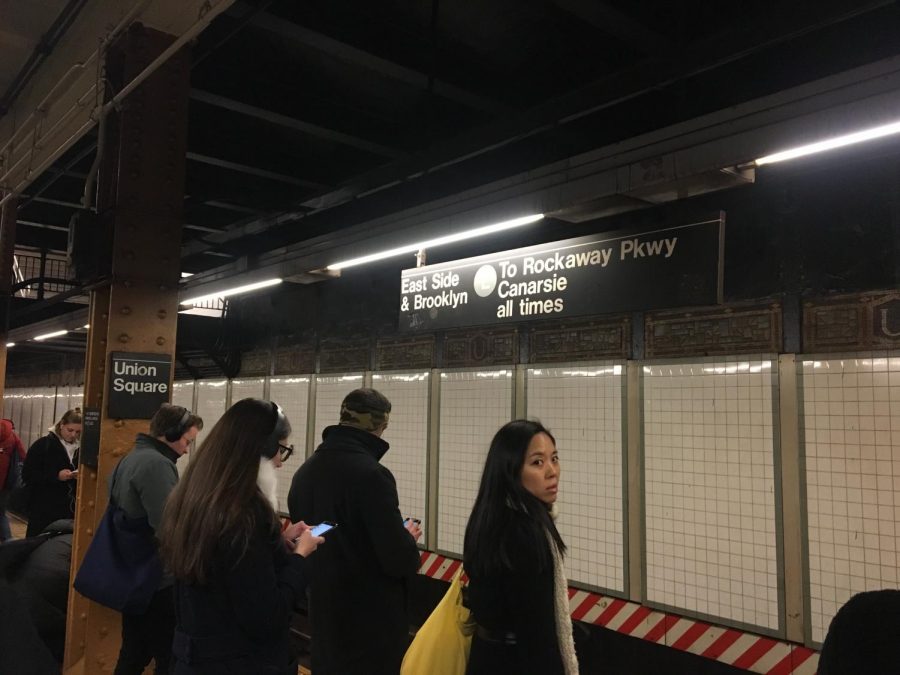 To many Bronx Science students, the L train lives only in imagination, too far from their homes and school to be useful in everyday life. However, to almost 400,000 daily riders, the L train is a reality that almost suffered one of the longest, most expensive, and most impactful renovation projects in MTA history. The L train shutdown, which aimed at reversing damage sustained during Hurricane Sandy, was canceled in early January 2019 by Governor Andrew Cuomo to the relief – and confusion – of many New Yorkers.

In late October 2012, Hurricane Sandy flooded the tunnels of seven East River subways in a fourteen-foot storm surge. The L train received the bulk of the damage, with miles of cables, which are integral to signaling and communication, left in shambles.

According to ‘The New York Times,’ the MTA originally planned to replace damaged cables directly by digging into their place in the tunnel walls. However, Governor Cuomo, working with researchers at Columbia University and Cornell University, has now suggested that the city use an experimental method which racks the cables on the walls of the tunnels. This new method will require that the L train halt service only on nights and weekends, rather than the original full-time shutdown.

The upheaval comes as a shock to the Department of Transportation, whose executives had already taken massive strides over the last three years to help alleviate the L train’s displaced riders through two-way bike-path installation and increased bus service in places like Grand Street in Brooklyn and 13th Street in Manhattan.

Governor Cuomo’s decision also came without consultation from the MTA’s board of directors, who had already planned a ten-year overhaul of the subway’s aging signal system. Rather than working with the MTA, Cuomo released his plan to the public first, claiming that the new technology will be much easier to install and be much cheaper. “No rail system has used this approach before,” he said during a press conference alongside Columbia and Cornell University researchers. “It really is, from their point of view, exciting.”

MTA officials and ‘The New York Post,’ however, were quick to point out the lack of experience held by Cuomo’s panel, who reportedly spent a total of one hour assessing the tunnel’s damage before creating their plan.

According to ‘The Wall Street Journal,’ the MTA had also already signed a $477 million construction contract for the installation of their original signaling technology, and MTA officials are now scrambling to approve Governor Cuomo’s new plan and renegotiate their previous contract. Cuomo’s actions have been read as irresponsible by city officials, including New York City Mayor Bill De Blasio.
“This is certainly no way to run a railroad,” a spokesman for De Blasio said in a radio interview.
Real estate investors who bought property in places like South Williamsburg and Greenpoint, where property values were predicted to go up because of increased ridership in nearby trains like the J and the G, were also left crushed in light of Cuomo’s decision.

Some local businesses along the L even closed their doors after hearing of the train’s impending doom.

No matter how irresponsible Governor Cuomo’s actions may be, his decision comes as a blessing to many Brooklyn residents who rely on L train service to get to work. The MTA had originally predicted that over 250,000 weekday riders would be displaced by the L’s discontinued service, and countless local business were predicted to take a hit from the decreased foot traffic.

But without the board’s approval, nobody can say for sure whether Cuomo’s new plan will be put to use. Many officials have called the plan risky, citing the efficiency and longevity of their previous signalling method as a reason to stick to their original plan. However, Brooklyn residents have high hopes; “I’m glad they have a new plan,” Brooklyn resident and Bronx Science student Azalea Danes ’20 said. “I think that the  city will make the right choice in the end.”