What’s Next for Tekashi69 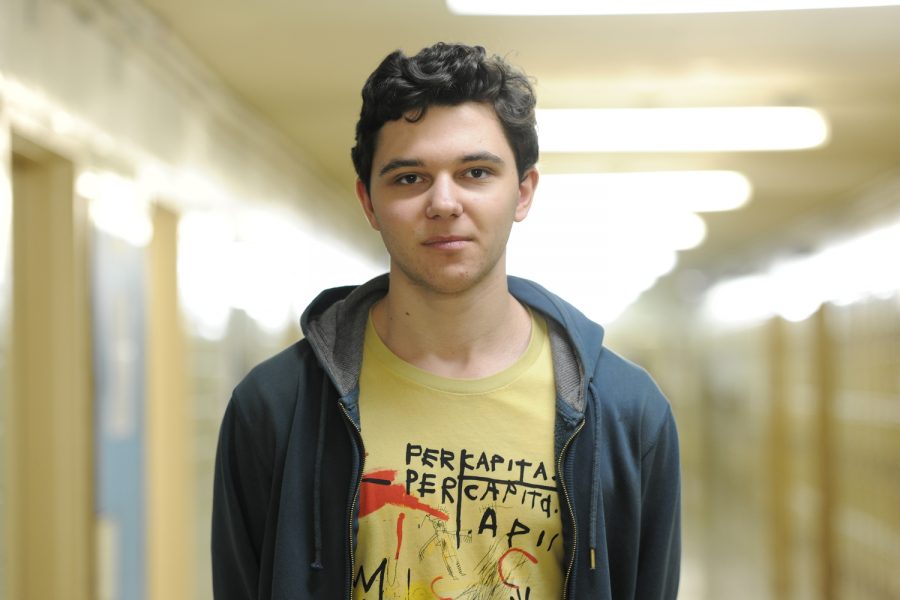 Paul Elghouayel ’20 believes the implications of rapper Daniel Hernandez’s actions could have him in jail for the rest of his life.

Notorious rapper Daniel Hernandez, known to the public as Tekashi69 or 6ix9ine, faces up to life in prison after his most recent arrest on November 19th, 2018.

The law finally brought him to justice, when he was cuffed along with five other men. The twenty-two-year-old self-proclaimed “super villain” just recently plead guilty to nine criminal charges, including federal racketeering, armed robbery, possession of an AR-15, and conspiring to commit murder.

Hernandez has repeatedly made national headlines due to his association with a violent NYC street gang dubbed “Nine Trey Gangsta Bloods.” Until recently, he has received only minor jail time and warnings for the previous charges against himself and his gang.
“His unique personality and music has inspired me to try to relinquish myself of social constructs. However, nothing can justify his actions and being part of a violent gang,” said Paul Elghouayel ’20.
Most recently, Hernandez is facing a minimum of forty-seven years in prison after he plead guilty to these charges. On top of this, last year, he was denied bail, despite a last chance effort by his lawyer, Lance Lazzaro. He offered nearly $1.7 million of Hernandez’s cash just to keep him out of a detention center before his trial date, which was refused. Hernandez was supposed to be awaiting his hearing on September 4th, 2019, but ultimately took a plea deal to be sentenced earlier.

While Hernandez’s lawyers and fans hope he can return home in as little as a few years, his prosecutors believe that his case is closed for good, as TMZ videos have surfaced revealing Hernandez and other members of his gang at the scene of armed robberies and shootings.

Hernandez’s musical career could very likely be over, as even his upcoming concerts have been canceled. Fans around the world are disappointed that they might never hear a new song of his ever again. “His unique personality and music has inspired me to try to relinquish myself of social constructs. However, nothing can justify his actions and being part of a violent gang,” said Paul Elghouayel ’20.

His gang has been linked to countless crimes throughout Manhattan, Brooklyn, and the Bronx, including narcotic trafficking, murder, assault and robbery. Hernandez himself has been connected to many of these activities. Most of this violence had been targeted towards rival gangs in neighboring areas, as highlighted in the music that he makes public. “His word choice in his songs is intertwined with his role in his gang, but I always heard his music for the passion he has for it. Still, he needs to have consequences for taking part in these crimes,” Lucas Macris ’20 said.

With much of his music targeted towards a large portion of his fanbase — teenagers — the criminal charges that he faces set a terrible example for teens who turn to his music for inspiration. Fans can only hope that he learns from his mistakes and gets a chance to perform for them again one day.