Women Set A New Record in the November Elections 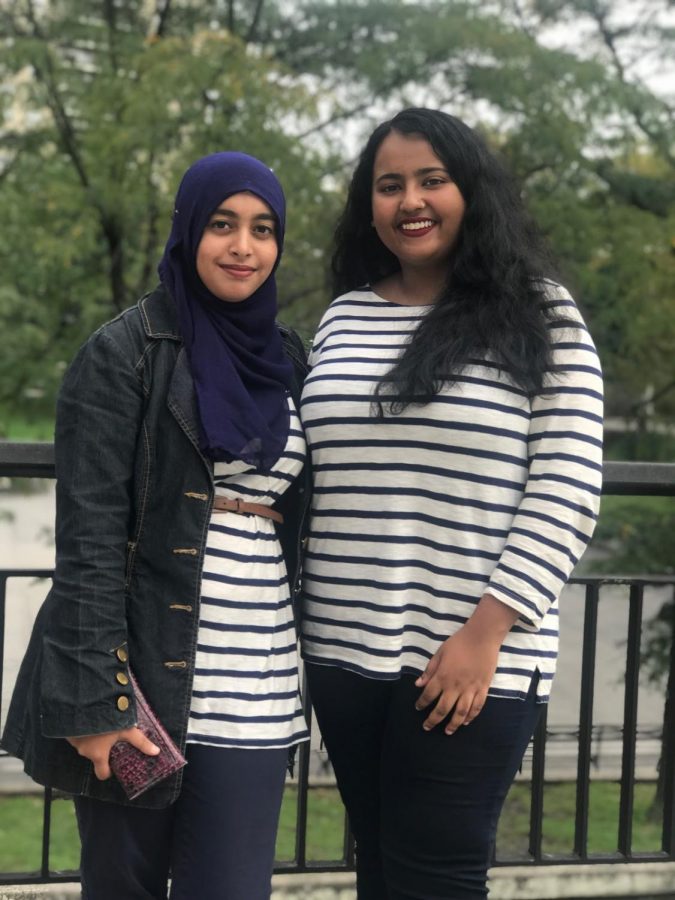 “Feizza Fazilatun ‘19 (left) and Samiha Zaman ‘19 (right) have slightly opposing views on how the record women broke in the primaries will affect the future for females.”

2018 is a monumental year. It is the year when women broke the record for the number of female winners in the House and Senate Primaries. Winning a total of 256 nominated positions, the female candidates headed on to the General Election on November 6, 2018, where they worked hard to beat their competitors. This record breaking achievement appears to be the start of a new era for women.

A total of 256 women won nominations during the 2018 primaries. More than half of the female candidates were Democrats; 40 percent were Republicans. Regardless of their party affiliation, each nominee has her own agenda that she wished to enforce when coming into office.

Many people have expressed their excitement for this new era of women. They feel that this new record breaking number signifies a change in how the nation will make decisions regarding women’s rights. “The course America has taken in the past couple of years has changed, and it is clearly evident in this case,” said Samiha Zaman ’19. “I personally feel empowered seeing the action women have taken in recent years, especially with the increased size of the women’s marches and the bravery many women have shown in raising their voices towards sexual assailants,” said Zaman.

Not only did this year’s primaries make history for the number of female nominees, but it has also been the first of many other things, such as electing women of various minorities into office. Paulette Jordan, a candidate for Idaho’s governor position, could have been our first Native American governor in the nation’s history (she narrowly lost in the November elections). In addition, we now have our first two female Muslim-American politicians elected to Congress, as Rashida Tlaib and Ilhan Omar ran for the states of Michigan and Minnesota respectively, and won. Tlaib said to CNN, “It was like it’s our time and we have to march on and can’t stand outside of the ring anymore. We have to actually have to run for office, and we have to demand to have a seat at the table.”

While some of these ‘firsts’ will appear in the government in the near future, there were daunting challenges to overcome. ‘The New York Times’ broke down their predictions for the November 2o18 election results for females. There are 435 seats in the House, eighty-four of the seats currently being held by women. If every women were to win in November, which was not guaranteed, then they would hold 208 seats in the House, still less than half of the seats.

However, there were ninety-one women who were not likely to win because their male opponents were in favor in their corresponding states. Thirty-two female candidates had a chance of winning because they were in competitive races against male candidates. This means eighty-five women were all but guaranteed their positions because they were incumbents or they were running against another female. The same applies for the Senate. There are currently twenty-three female senators, but there were twenty-five candidates running. Only twenty-one of them were in favor of winning while the remaining four candidates were in competitive races and are not guaranteed a seat. After the November 2018 election results were tabulated, ninety women will start at the House of Representatives in January 2019 and twenty-two women as Senators. This means the total number of women heading to our next Congress is 118, beating the past record of 107.
“It was like it’s our time and we have to march on and can’t stand outside of the ring anymore. We have to actually have to run for office, and we have to demand to have a seat at the table.”
People who were hoping for even more female winners in November 2018 may have a point. The political climate could affect the future path the country will take when giving power to the female winners voted into office. Now that Brett Kavanagh has been given the Supreme Court Justice position, even after the hearing with Dr. Christine Blasey Ford, the woman he allegedly assaulted in high school, the opinion of the not-so-enthusiastic people may be harder to change, since this decision was a blow to pro-feminist ideas. “Don’t get me wrong. I think this new record women have set is amazing. But the decision made in the Kavanaugh case shows that we have not changed since the decision made in 1991 with the case of Anita Hill,” said Feizza Fazilatun ’19. “I do believe that this record will give women a greater voice in our government, but it may not be as drastic of a change as others may think.”

Whether or not the number of female politicians increases more in our government in the futrue, it is safe to say that there are passionate women in this nation who will find other means to voice their opinion. They have come so far, and they don’t plan on stopping this race any time soon.