WeChat: Is the Chinese Government Watching? 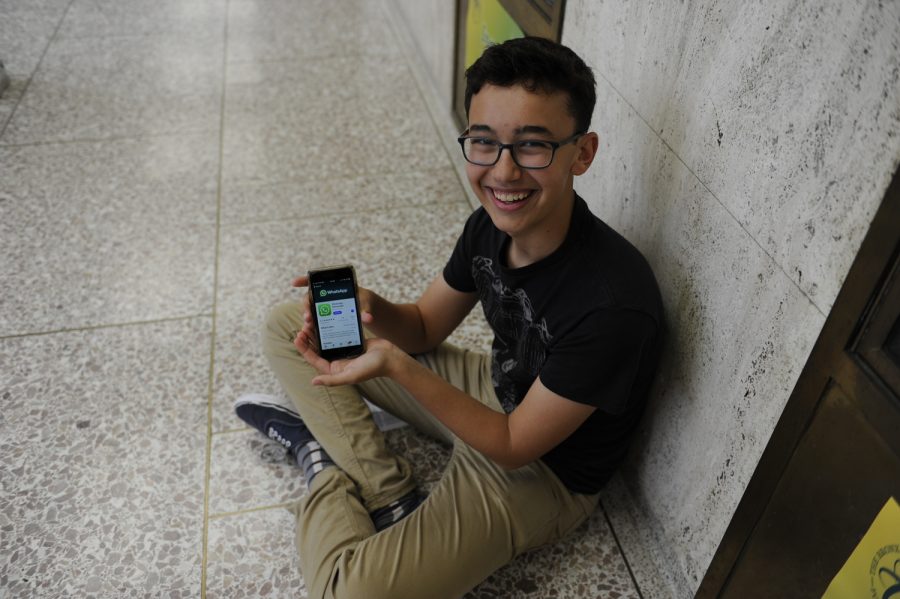 With over 900 million daily users and a networth of $100 billion, WeChat, the mobile messaging app, has taken over China as a social media platform for communication between families, friends, businesses, and now, the government.

Connie Chan, a partner at investment firm Andreessen Horowitz, spoke to Business Insider about WeChat’s rising popularity. Chan explained that while WeChat is used for daily communication, it also contains ten million third party apps. Any organization can create these apps to test a product before launching independently, or use it for direct messaging, voice messaging, payments, and even location monitoring.
“I believe that the people should be careful about what they post, as many things can come back to harm them, especially considering how convenient WeChat is.”
In China specifically, WeChat’s monopoly on communication is a result of a lack of competition, as it is the only messaging app allowed behind the ‘Great Firewall,’ or the government’s blocking of certain social media sites. Facebook, Twitter, Line, Facebook Messenger, Telegram and WhatsApp are no longer legal options for Chinese citizens.

Even Bronx Science students have ties to the app, particularly if they are of Chinese heritage. Pinkey Lam ’20 said, “I would say that most Chinese people use WeChat because other Chinese people do too. My mom probably spends her entire day communicating with her friends on the platform, like many others are.”

At first, in China, the rise of social media and apps like WeChat led to both self expression and political organization, an underlying challenge to the power of the Communist Party. However, now the app offers an unprecedented account of the lives of the Chinese citizens that use it daily, a power that could be exploited by the government.

The Communist Party of China has been looking for ways to remain politically relevant with the younger generation of citizens — cell phones have become their key. In 2017, the government announced it wanted to create a “national identification card system” on WeChat which could make it easier to match people directly with their online activity. Recent accounts by ‘The New York Times’ show that the Chinese government is now using the WeChat posts on a user’s ‘Moments’ page to target dissenters, and to censor those who speak out against them. Those who shared controversial articles, whether about defective vaccines or a #MeToo accusation against high ranking officials, were blocked from the app.

The South China Morning Post reported this July about the blocking of three users for posting “an article about power struggles in the Communist Party to their group chat.”
Furthermore, the location services of the app have now been used to track potential protests. The ‘heat map’ feature has been used to input increased security in areas that may need more order. “Technology gives you so much information,” Jonathan Bar-On ’20 said, “It’s unprecedented; everyone’s location, messages, and thoughts are out in the open after the click of a few buttons.”

A study done by the University of Toronto’s Citizen Lab found that keyword censorship has additionally lost its transparency. Where users were originally informed if they were being censored, they are now no longer notified.

In China, a large debate is emerging on whether or not to self-censor as WeChat users are growing increasingly more concerned with the government’s eye on the app. A sophomore who asked to remain anonymous uses WeChat regularly to communicate with family in China.

He said, “I believe that the people should be careful about what they post, as many things can come back to harm them, especially considering how convenient WeChat is.”

It is still unclear just how large the impact of China’s usage of social media when bolstering national security will be on WeChat. For now, popularity remains high, but if users continue to fear being watched with every post they make, it may not remain high for long.