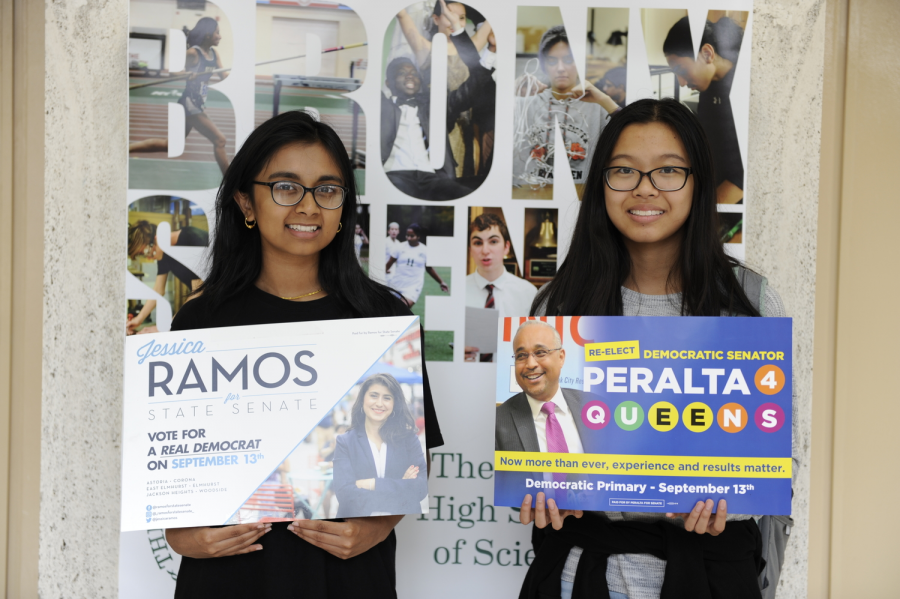 Her campaign against Peralta, a powerful eight-term officeholder who represented Jackson Heights, Corona, Elmhurst, East Elmhurst, and parts of Woodside and Astoria, did not get the same media attention as some of the other insurgents in the state, but her victory still rocked New York politics. So did the victories of five other primary challengers who, like Ramos, took on a ragtag group of maverick Democrats who had broken off from their party and worked alongside with Republicans in the State Senate, in exchange for leadership positions and the accompanying perks.
“That’s not enough.” said Joy Lin ’19. “The members of the IDC were coordinating and allying with Republican state senators despite being elected as Democrats.
Peralta became the eighth and final member of the group, known as the Independent Democratic Conference (IDC). Six of them lost their jobs on that Thursday night. Two others kept their positions. The Democratic Party is changing dramatically and the candidates who won on that Thursday night are part of the wave that will change the party forever. “They [Jessica Ramos and the other five victors] are coming to clean up the dirtiest state senate in the country,” said Tashfia Haidar ’19.

New York has a reputation of being a deep blue state. But on the state level, the politics are a lot more complicated than it seems. About a decade ago, the state senate flipped and had a slight Republican majority. Then, in 2011, NY State Senator Jeffrey D. Klein founded the IDC and, while caucusing separately from the Democratic Party, formed an alliance with the Republicans, ensuring their control of New York State Senate. In exchange, the members of the IDC reaped the benefits for them and their districts, as they were in the majority.

That all changed when the IDC was forcibly disbanded by Governor Andrew Cuomo and several other Democrat State Senators in April 2018. The IDC struck a deal to join the Democratic caucus for good, as long as their district received financial benefits.

“That’s not enough.” said Joy Lin ’19. “The members of the IDC were coordinating and allying with Republican state senators despite being elected as Democrats. What we need are reliable state senators that can uphold the beliefs and ideals of the community as a whole.” This argument was especially prevalent among the many activists, voters, and organizers within the districts being represented by the members of the IDC, which led many activist organizations, such as No IDC NY and True Blue NY, to endorse and work alongside the eight insurgent candidates.

Alas, not every IDC member went down. In the 23rd district, a three-way election was held, and incumbent Diane Savino reigned supreme against insurgent Jasmine Robinson and insurgent Brandon Stradford. In the 38th district, incumbent David Carlucci successfully defended his seat against Julie Goldberg.

“Ultimately, it’s up to the individual to decide whether or not they want to invest themselves in politics,” said Michelle Li ’19.

UPDATE: On November 21st, 2018, José R. Peralta, the first Dominican-American elected to the New York State Senate, died in a hospital in Queens.