A Quest For Survival By the World’s Most Persecuted Minority 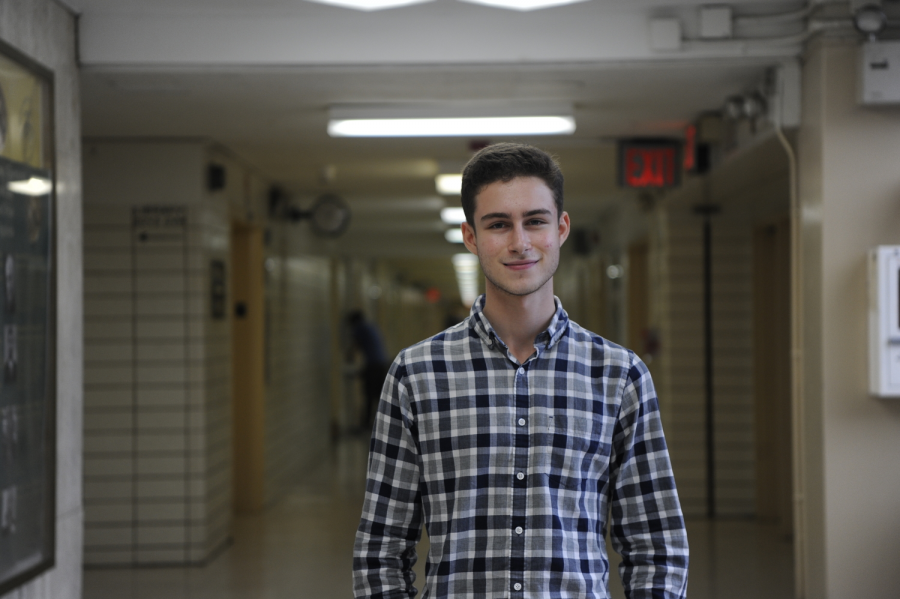 “The democratic facade that has existed in Myanmar has been given impunity for too long,” said Elias Silver ‘20.

On August 25th, 2017, Tula Toli, an enclosed village in the northern Rakhine state in Myanmar, awoke to gun shots. The village, predominantly inhabited by the Rohingya Muslim ethnic minority in a majority-Buddhist country, was used to living in fear, with military raids occuring frequently whenever ethnic tensions flared. Yet, this August, something was different. This time the military did not simply come to sow chaos before leaving; they would not leave until the whole village burned to the ground.

Uniformed troops raided the village as if it was an enemy combat zone in an era of cold, barbaric warfare: shooting any men in sight, raping women, and locking anyone that remained into their homes before dousing them in kerosene and watching as they burst into flames. Children who attempted to escape the turmoil were tossed back into the scorched earth, or, if they managed to avoid the fire, were later drowned by security forces in the river that bordered the village.

Tula Toli was not alone in the destructive violence it experienced, and nor did the atrocity spark the international reckoning that was expected by human rights advocates. Hundreds more Rohingya villages were attacked in the weeks after August 25th, and, without wide scale humanitarian intervention, hundreds more will likely face a similar fate.

The Rohingya Muslims living in neighboring towns and villages are not ignorant to the horror their group has been facing, with hundreds of thousands having fled to avoid the aftermath. From a population of 1.1 million Rohingya residents, just under two hundred thousand remain, with most having escaped to neighboring Bangladesh. Those who have stayed are mostly internally displaced, with their villages burned down and their homes becoming a series of makeshift buildings and camps, lacking in humanitarian assistance and frequently going hungry.

The reluctant “open door” Bangladesh holds for Rohingya refugees has prevented this regional crisis from becoming a global one, warding off a potential wave of migration towards Europe. Yet Bangladesh is already experiencing its own issues with overpopulation, and on October 30th, 2018, they announced they would begin sending the Rohingya refugees back into Myanmar. This announcement sparked widespread backlash from the UN and other humanitarian organizations, who warned that sending the refugees back into their home country would be tantamount to a lamb sent to slaughter.

Marzuki Darusman, chair of the UN fact-finding mission on Myanmar, told ‘The Guardian’ that he was devastated by the news of potential repatriation of refugees, noting that the Rohingya “continue to suffer [from] an ongoing genocide.”

Regional inaction and silence has turned the attention to major powers in the West, including the United States and Europe, which have attempted to stay out of the conflict by neglecting to label it as a “genocide” in an attempt to avoid the legal and moral obligations to intervene.
“This democracy rings hollow as it gives no voice or protection to the Rohingya minority, and it is the time for America to look past this Democratic facade and judge the country by its true character.”
Yet, as reports continue to detail an increasingly desperate reality for the Rohingya, the calls for action by human rights advocates have grown louder.

The United States has been skittish in confronting the situation, and has been faulted by leaders across the political spectrum for turning a blind eye towards leaders in Myanmar while granting the impunity and wealth that they used to attack the Rohingya. This rift appeared in the Obama administration, which approached Myanmar as a country on the verge of democracy, releasing previous economic sanctions that were strictly imposed on the country’s military autocracy as it began to hold elections in 2014.

Still, the military did not fully relinquish its power, and Obama’s aides told Politico that he optimistically ignored concerns of those in the State Department about empowering a nation whose ethnic tensions could boil over. This was partly made possible by Aung San Suu Kyi, the de facto president of Myanmar who won a Nobel Prize for her efforts to democratize the country, whose leadership reassured world leaders that the country was in good hands.

Yet, warning bells were there, including widespread anti-Muslim sentiment in the country, and Kyi’s refusal to even name of the Rohingya or their plight in her addresses. “The United States rightfully supported Aung San Suu Kyi’s effort to peacefully transition Myanmar into a more democratic government,” said Elias Silver ’20. “Yet, this democracy rings hollow as it gives no voice or protection to the Rohingya minority, and it is the time for America to look past this Democratic facade and judge the country by its true character.”

These fears were well founded, as the Rohingya are known among historians to be one of the world’s most persecuted minorities, lacking the protection of any government. The Rohingya have deep historical ties to their area of Myanmar, the Rakhine State, which they have inhabited since the fifteenth century. Yet, many Buddhist nationalists in Myanmar believe that their initial migration to the country during the late eighteenth century after being displaced earlier in history was illegal, and they have been treated as undocumented immigrants in the country ever since.

“Myanmar is the Obama doctrine’s greatest failure,” said Jonathan Bar On ’20. “Moving forward in opening relations towards adversaries is a noble cause, but ignoring the relaties of minorities on the ground are the ingredients for tragedy.”

It can be easy for world leaders to dismiss the recent persecution of the Rohingya as a short term flaring of ethnic tensions, crackdowns by the military that may eventually subside. And, although the present day mass killing and displacement of the Rohingya is certainly the most cruel persecution they have ever faced, they have long been silently oppressed, without global powers batting an eye. The Rohingya have faced institutional discrimination from the Burmese government for decades, being denied citizenship and the right to vote, the right to marry without explicit permission, the ability to legally work, and having the government investing little in their infrastructure and sanitation.

“That is one of the real tragedies of this conflict,” said Caroline Gallagher ‘19. “Centuries of oppression went by without world leaders even knowing the name or plight of the Rohingya. That it even took a wave of mass killing to yield public interest in their story is one of the core reasons why we have such a hard time stopping genocides before they happen.”

As a result, even in a modernizing country opening up to the world, the Rohingya have always lived in a state within a state, with a 78 percent poverty rate, more than double the national average, and yet no attention from their government. Widespread anti-Muslim sentiment among the Burmese people makes even elected, humanitarian leaders avoid discussing the crisis, with Nobel Prize Laureate and de facto Myanmar President Aung San Suu Kyi, who was once admired and praised throughout the world after her election in 2014, refusing to even mention the name of the ethnic group in her addresses.

Dr. Todd Davis, a History teacher at Bronx Science, views the issue as running even deeper than Aung San Suu Kyi, and one that involves the structure of Myanmar’s government. “I believe that what makes this disaster particularly difficult to manage is that there appears to be a lack of civilian control of the military in Myanmar,” said Dr. Davis. “The president and her subordinates do not appear to have the capacity to drive policy, and international diplomacy is grounded in meetings between government officials in titular charge.”

Yet, quietly and steadily, hope is brewing in Myanmar. As the UN General Assembly meets in New York this month, the Human Rights Council has already voted to begin a commission to collect evidence that could be used to prosecute Burmese military leaders responsible for the crackdowns on the Rohingya. The United States recently announced a doubling of its aid to refugee camps holding the Rohingya in Bangladesh, which are woefully underfunded, with the Washington Post reporting this month that they had 38% of needed funds to provide for their inhabitants. The US even joined Europe in sanctioning specific military leaders responsible for atrocities, and have begun dialing up their rhetoric, describing the treatment of the Rohingya as an “ethnic cleansing.”

Yet, for the Rohingya who are still struggling to make ends meet, whether in camps in Bangladesh or makeshift villages in Myanmar, these vague calls to action have fallen flat.

The Trump administration has ignored calls for more meaningful action, and hope still seems far removed. “In a sense, this lack of policy is what ‘America First’ tends to look like,” said Dr. Davis. “It’s not pretty.”

No matter what the world labels their atrocity or rhetoric it uses in its speeches, to the Rohingya, it is all a game of power that seems far removed from their lives which are often simply a battle for sustenance.

“I don’t care about politics overseas,” a Rohingya refugee told Politico. “I’m just trying to make sure my family and I survive.”