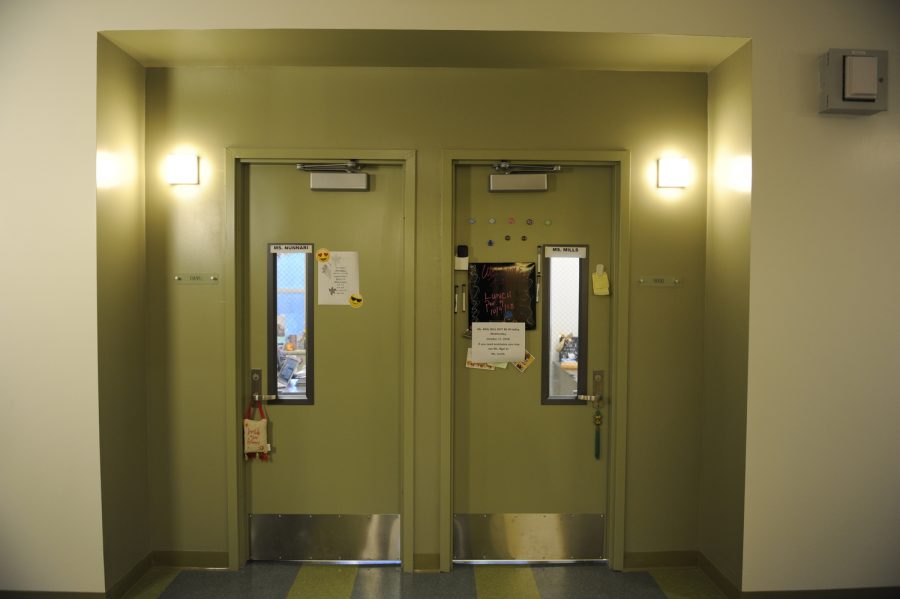 The entrance to the newly renovated Guidance Suite.

By senior year, it is assumed that everyone can navigate the school with their eyes closed. After all, they have been in this school for four years. However, when a freshman asked an upperclassman which room their guidance counselor was  in, the upperclassman was unable to answer. The upperclassman walked into the guidance office and did not recognize anything. Why were they so surprised?

Over the summer of 2018, the Bronx Science Guidance Department offices were renovated to include a total of twenty-two new offices. The solid walls replaced the old cubicles, allowing for more privacy amongst students and counselors when discussing confidential matters. In order to have meaningful conversations with counselors, students need the reassurance that what they say to them is confidential.
“Without the generosity of our Alumni Foundation, and the staff mentioned above, this project would have merely been a dream,” said Mr. Andrew Nasser, Assistant Principal of the Guidance Department.
The guidance office was also painted with a fresh layer of green paint. “The color green creates a self-reflective atmosphere and allows me to calm down,” said Joy Lin ’19. College meetings can sometimes seem overwhelming, as these meetings are very important. Nervousness may cause students to forget to voice their concerns. However, this fresh green color will aid students in calmly talking to their counselors.

The renovations were also surprising to the freshmen because during the August 2018 orientations, they saw large pieces of wood, clear plastic on the floor, and lockers covered with plastic in the guidance suite. “The new office appears very welcoming and everything is very well organized,” said Jacqueline Kwan ’22. “I was especially surprised to see the transformation of that room that I saw in the summer into this new office,” said Kwan.

The task of organizing the renovations was not an easy one. “Dr. Donahue, Ms. Coufos, Ms. Cooper, Mr. Kalin, Mr. Ranells and I spent a lot of time working with the architect on the layout. There was a lot of brainstorming on how to effectively use the space and have that vision come to life. Without the generosity of our Alumni Foundation, and the staff mentioned above, this project would have merely been a dream,” said Mr. Andrew Nasser, Assistant Principal of the Guidance Department. There was a lot of hard work put into this project, but the guidance office has never looked better.

In addition to the new guidance office, the gym also had some renovations of its own — a new ceiling. The previous ceiling was showing wear and tear and the paint was chipping off. The new ceiling now has a fresh layer of paint and a new build. So next time you do a sit up, take a look up and appreciate the new ceiling.

Perhaps the most notable change to returning Bronx Science students was the removal of the scaffolding surrounding the school during the 2017-2019 academic year. The scaffolding was put in place in 2016 to enable the School Construction Authority to fix leaks in the roof, which they did by tuckpointing bricks around the school as well as installing an entirely new roof. The scaffolding was placed throughout the courtyard, with poles near the main entrance. Now that these structures are gone, the school looks drastically different and better. You can now once again get a good view of the large mural decorating the main entrance.

With these new changes to the school, students are grateful for the positive changes they will bring.