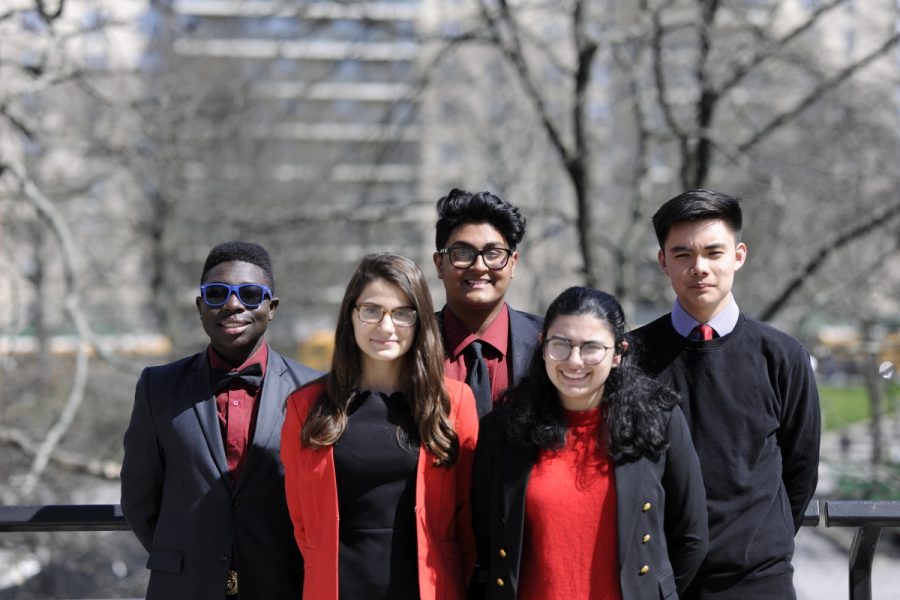 After weeks of speeches and campaigning, Student Organization (S.O.) Elections came to a close on March 29, 2018, as winners were announced. Winners to serve as S.O. Officers for the 2018-2019 school year are: Artea Brahaj ’19 as S.O. President, Alif Matin ’19 as Vice President, Baboucarr Gaye ’20 as Secretary, Rachel Landis ’19 as Senior Council President, and Garreth Hui ’20 as JSLT.

Brahaj plans to focus on mental health initiatives and course selection reform during her presidency, and expand programs that she has worked on in the past, such as Mental Health week, which she chaired.

“I wish to expand on these initiatives by implementing mental health workshops, relaxing activities in the gym, a meditation room, and therapy dogs during the spring,” Brahaj explained. All of these ideas have been approved by the guidance department, so Brahaj has high hopes for next year.

“Everything was shocking but then excitement came,” said Matin after election results came out. As Vice President, Matin plans to work with Brajah on mental health initiatives. In addition, he plans on increasing the communication between the student body and the student organization. He aims to have teachers give assistance to reduce the stress build up, by providing things such as topic lists and review.
“I wish to expand on these initiatives by implementing mental health workshops, relaxing activities in the gym, a meditation room, and therapy dogs during the spring,” Brahaj explained.
Also aiming to lessen the stress load, Landis seeks to have more school spirit events such as “Pajama Mondays, Hide N’ Seek, Monthly Meditation, Senior Spirit, Senior Baking Party, Movie Night, and continuing all other senior events.”

Gaye plans to help students with their workload by increasing the supply of study materials such as textbooks and websites. He wishes to reach out further to the student body through social media.

Elected as JSLT, Hui will work to have student voices be heard and target problems such as school hygiene. “Hopefully life at Bronx Science will be the best that it can be, through our initiatives,” said Hui.