North Korea and its Relationship With the United States 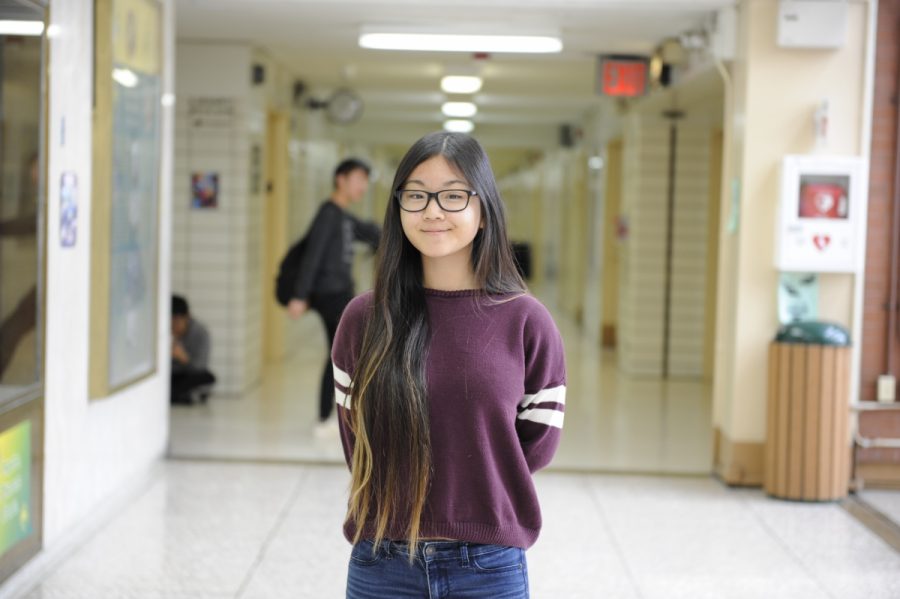 Amy Hong '18 has strong opinions on the current situation in North Korea.

The relationship between North Korea and the United States has been steadily deteriorating ever since President Donald Trump’s administration began. With multiple threats of nuclear war and ill-mannered behavior erupting from both sides, the two have made it absolutely clear that they lack respect for one another.

However, while the United States and North Korea seem to be building an unhealthy and strained relationship, tensions between North and South Korea have changed for the better. Delegates have been sent back and forth and the two neighbors participated in the Olympics under the same flag. Although it is good news that the two have been improving their relations, it appears that the worsening relationship between the United States and North Korea is one of the reasons for their unification.
“It’s incredibly disappointing that our President lacks the professionalism that comes with being the leader of such a huge nation.”
President Trump’s blatant disrespect aimed at Kim Jong Un and other nations, particularly on social media, helped unify the two Koreas together while excluding the United States. “The fact that President Trump feels this need to insult Kim Jong Un through Twitter is almost comical in how similar this kind of behavior is to satirical political cartoons, but in actuality, it’s sad that he’s threatening to delete so many lives in one punch,” Amy Hong ’18 said. Hao Cao ’18 agreed, stating, “The tensions have existed since the beginning, but now with Trump in power, it’s like two little kids fighting in a sandbox.” Vice President Mike Pence seems to hold the same disregard for North Korea as President Trump, with one of Pence’s aides notifying the public that Pence believes North Korea’s participation in the Olympics is just a cover up for their oppressive regime.

In retaliation to Trump’s remarks, the North Korean Supreme Leader had announced that all of his country’s weapons are only pointed at the United States, not at any other nations. President Trump responded by advocating for the development of more missiles and inviting multiple North Korean defectors to his State of the Union address. It has been reported that his invitation to Ji Seong-ho, a defector who was crippled escaping North Korea, was only to spite Kim Jong Un. Trump’s also threatened  to destroy North Korea with “fire and fury” via a “bloody nose” attack, which is a preemptive strike against Pyongyang to ensure that they stop building nuclear weapons. With this in mind, North Korea’s recent editorial in their official party newspaper did not come as a shock. “It’s incredibly disappointing that our President lacks the professionalism that comes with being the leader of such a huge nation. North Korea is essentially only half a country and with Trump acting as the aggressor as the bigger nation, it doesn’t help and furthers violence,” Hong added.

The editorial starts off by accusing President Trump of using the excuse of human rights to create an incentive for a war, likening his State of the Union Address to President George W. Bush’s 2002 address about the Iraq invasion. The writer responded to the threat of a “bloody nose” attack, stating that North Korea’s weapons program would protect against an invasion. They concluded by stating Trump should be detained in order to find peace between the United States and foreign nations and issuing a final warning against the attack, stating that thousands of American would die if it were initiated.

Jenny Kim ’18 has grandparents who escaped North Korea during the Korean War in 1950, both who have strong views against communism. Kim, responding for her grandmother, said, “She believes that the aggressive natures of both Trump and Kim  actually make war a more potential course of action, so in the case that war does arise, she’s going to support Trump and the U.S. and hope for the eradication of communism.”

While the possibility of war is causing fear to spread, Trump’s officials deny any talk about attacking North Korea, and Senator James E. Risch stated that he did not know where the phrase “bloody nose” actually came from, because it was not discussed in the White House. President Trump may just be threatening to attack Pyongyang to satisfy his supporters, or he may actually be considering to launch a nuclear war, but it seems like his administration is actively working to prevent him from spontaneously declaring war. Although the United States and North Korea have been facing a declining relationship, with many blaming this on the lack of respect coming from both parties, it seems that war is still a big step away, especially if our administration decides to take better hold of the situation.