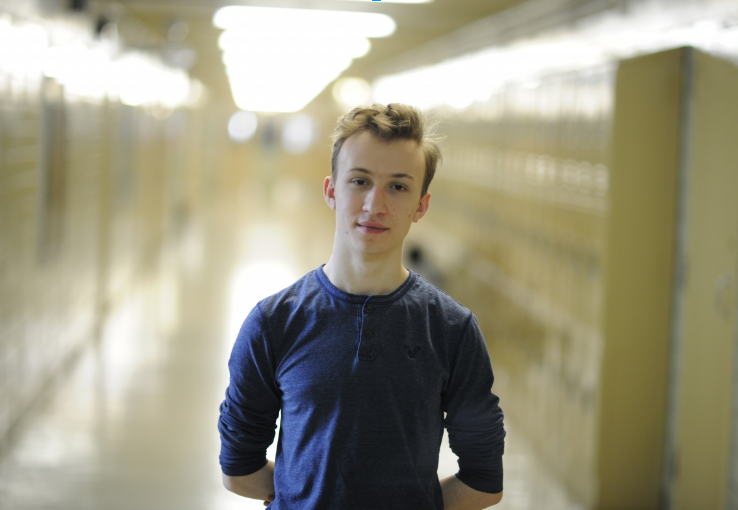 Samuel Krasnoff '18 believes in the importance of unrestricted access to the internet.

Since the head of the Federal Communications Commission (FCC), Ajit Pai, successfully repealed net neutrality on December 14, 2017, supporters of net neutrality have been on edge, waiting to see if and when internet serving providers (ISPs) will exercise their new found freedom to manipulate the web as they see fit.

Net neutrality prevents ISPs, such as Verizon and Comcast from discriminating against any application or content that someone wishes to view. However, the repeal of the Title II rules the FCC adopted on February 26, 2015 means that these ISPs now have the ability to interfere with web traffic, allowing them to regulate the content someone can view by decreasing speeds for certain websites or just blocking them all together behind a paywall.

The FCC’s repeal of net neutrality will take effect on April 23, 2018. Many people are now asking two major questions:  to what extent will these repeals will affect the consumer, and how will they do so? To understand how, other countries that do not have neutrality laws must be examined, and from the looks of it, this can go two ways. Either, the internet is restricted and people have to pay for almost every service, or it can help the consumer and make prices go down, while still offering the full spectrum of the internet. For example, in countries like Morocco, Guatemala, and Portugal, where there are few net neutrality laws, ISPs have turned the internet into a commodity, forcing customers to pay for certain services like Youtube or Gmail.

However, as of now America still has to wait and see. The major concern is that the ISPs will implement harmful changes little by little until they become commonplace. Despite this concern, it seems as though ISPs will not touch the internet yet. This is due to the uncertainty of the laws that are still in effect. There have been countless attempts to block the repeals the FCC has been trying to adopt. Twenty-one states, such as New York, California, and, surprisingly, North Carolina,have sued the FCC in order to protect net neutrality. Furthermore, corporations such as the Mozilla Foundation and Vimeo have their own lawsuits directed at the FCC.

Net neutrality is  a bipartisan issue with Republicans joining forces with Democrats to restore Obama era net neutrality regulations. The most prominent pro net neutrality Republican is Republican senator Susan Collins from Maine, who has been vocal about her support of net neutrality since Ajit Pai first proposed removing net neutrality laws on November 20, 2017. “She believes that a careful, deliberative process involving experts and the public is warranted to ensure that consumers have strong protections that guarantee consumer choice, free markets, and continued growth,” Collins’ spokeswoman said.

As opposition to the removal of net neutrality regulations intensifies, the future of ISPs, the internet, and the FCC remains uncertain in a post net neutrality America.