The Fitness of Our President 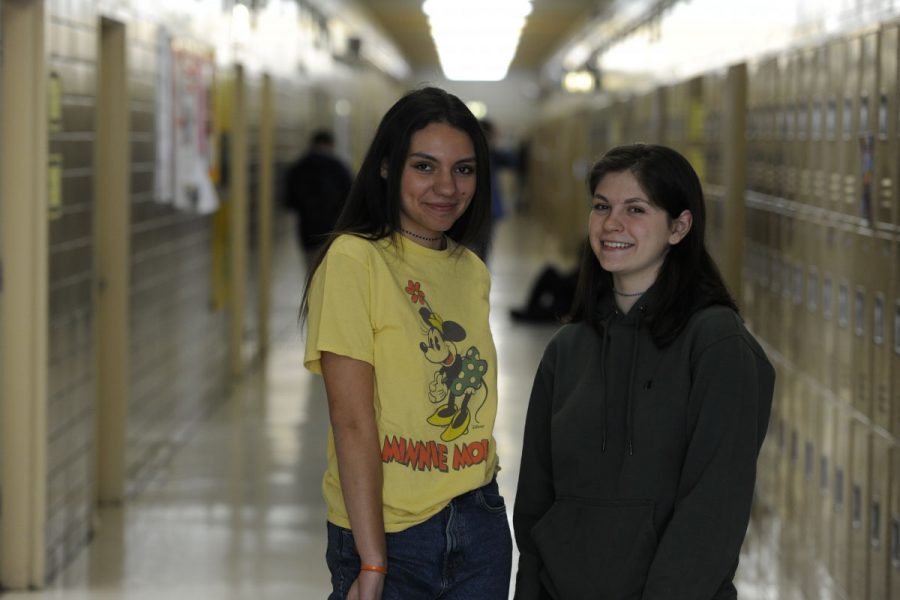 Both Evaluna Smithgartner, ‘19 (left) and Elisa Pappagallo, ’19 (right) believe thatphysical health is an essential quality for assuming the office of the presidency.

It’s no secret that Donald Trump is the most controversial figure in contemporary American politics. As politics in Washington and across the country become more divisive, it is essential for Americans to understand President Trump behind the scenes, and how his decision making and political agenda is impacted by his private life, more specifically, his health and fitness for office.

On Tuesday, January 16, 2018, Dr. Ronny L. Jackson declared President Trump physically and intellectually fit for office. Citing a perfect score on a cognitive test designed to screen for neurological irregularities, Jackson said Trump has no mental deficiencies of note that impair him from the demanding and stressful job of Commander in Chief. This test, known as the Montreal Cognitive Assessment, is a standard baseline for cognitive ability. Questions on the test often include identifying the names of animals in a given image, reciting words, draw a cube, or drawing an analog clock at a given time. The Montreal Cognitive Assessment is only 10-15 minutes long, so many Trump skeptics claim that a more thorough analysis is necessary to test if Trump is mentally fit for office.

Some critics, such as Dr. Bandy Lee, a psychiatrist at Yale University and editor of ‘The Dangerous Case of Donald Trump,’ claim that a further mental evaluation is needed to test if the President has early signs of dementia. Skeptics of Trump’s mental health point to many notorious cases of shocking ineptitude by the sitting president. Take Trump’s speech about Jerusalem as an example, where The President slurred and stuttered the words “United States” to the point of unrecognizability. In a similar manner, at the NCAA championship game for college football, it appeared that Trump did not remember some of the lyrics to ‘The Star-Spangled Banner.’

While these lapses are noticeable, the most glaring issues about Trump’s mental health come from his general erratic behavior and polarizing mood swings that critics, such as Dr. Bandy Lee, say are not safe for the country (while Trump supporters claim that this behavior are just a refreshing lack of political correctness).  For example, critics such as Lee argue that complex foreign policy decisions cannot be made with a president that has an erratic emotional and mental state of mind. President Trump sees all of these charges as ludicrous; in his mind, these charges strictly serve democratic interests to attempt to impeach him. This impeach movement has recently gained steam within a democratic base, as supporters would like to enforce the 25th Amendment — which states a president can be removed from office is he is mentally unfit to serve –to try to oust Trump from the presidency.
“I believe keeping a good diet and drinking lots of water is job on its own, which is a foundation for excellent health.”
In spite of his cognitive ability, the President has an underwhelming health record in regards to physical activity and exercise. “The president, he and I talked,” Dr. Jackson said. Speaking at a White House press conference, “he would like to lose 10 to 15 pounds. We talked about diet and exercise a lot. He’s more enthusiastic about the diet part than the exercise part, but we’re going to do both,” Dr. Jackson said in regards to President Trump’s health.

In regards, to physical health, three sport Bronx Science athlete Evaluna Smithgartner ’19 said, “I believe keeping a good diet and drinking lots of water is job on its own, which is a foundation for excellent health.” In regards to President Trump, Smithgartner continued, “when a president wants to have good health, that does not necessarily mean exercising every day, but rather when he has free time or as a stress reliever inside the office.” On a positive note, in regards to the physical spectrum, President Trump has “superb” cardiac health, according to Dr. Jackson.

President Trump’s cardiac health can be attributed to his abstinence from all drugs and alcohol, ever since his brother passed away from alcohol abuse. On a similar note, there are encouraging signs that President Trump wants to achieve better physical fitness, as he is open to changing his sedentary lifestyle and troublesome diet to ensure proper health for years to come.

Elisa Pappagallo 19’, a health student at Bronx Science, summed up the thoughts of many of her peers saying, “a president has a responsibility to the people of a country. By not taking care of his or her body to the highest degree, it slows down the the ability to help guide the nation.”