Staying Connected: Free Wi-Fi is Back 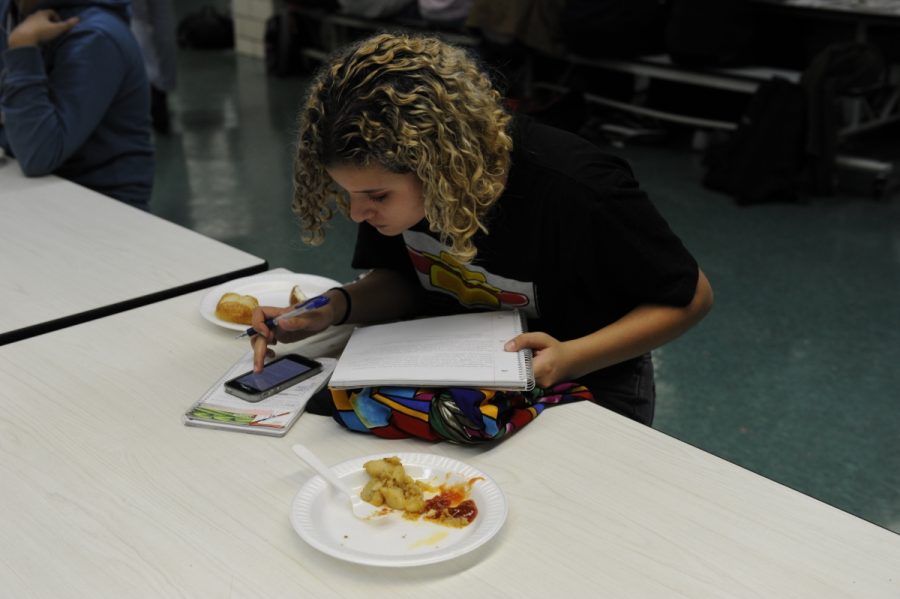 Wi-Fi access allows students to more easily catch up on schoolwork throughout the day.

In the midst of midyear week, Bronx Science students were given unexpected yet uplifting news: the return of student Wi-Fi access.

As a specialized high school, Bronx Science is known for having ample resources to ensure the success of its students such as modernized classrooms, advanced STEM labs, and contemporary spaces for the visual and performing arts.

Yet bandwith was not as ample; limitations with bandwidth previously prevented student use during the school day, in order to prioritize instruction. Student access to Wi-Fi during school hours has always been a struggle between students and the available resources, despite being widely considered as a tool for academic achievement. While students were permitted to use the school’s Wi-Fi without restriction at the beginning of the 2016-2017 school year, this access was revoked once again last March due to the limited bandwidth provided by the Department of Education to our school at the time.

Until recently, the DOE has provided the most funds for the school to support a stable Wi-Fi system. Consequently, the network was solely controlled by the DOE rather than Bronx Science’s own administration. “The bandwidth that the DOE provided us with before was only enough to provide Wi-Fi for about twenty families,” said Mr. Ranells, Director of Information Technology at the school. “This is problematic when we have 3,000 students plus faculty trying to get access to this one server.”

As a result of this, Mr. Ranells further explained, the speed of school Wi-Fi for everyone was massively delayed, which led to the restriction of Wi-Fi to staff only last year.

Students responded negatively to this repeal, with many arguing that Wi-Fi access was essential to doing work during free periods and accomplishing projects in class.

Since then, however, the Bronx Science administration has worked tirelessly to restore Wi-Fi access to students during all hours of the day. With pleas from the student body and Student Organization to increase the Wi-Fi bandwidth, meetings were held continually to discuss the viability of this demand.

Consequently, this year, due to a generous donation made from the Parents’ Association, school-wide Wi-Fi with no time restrictions has become a reality once again.

So how did they do it?

Furthermore, Mr. Ranells played a large role in working out the logistics of returning student Wi-Fi access during the day. This included working with engineering firms that run the networks at Bronx Science in order to upgrade the old system to now be fully capable of dealing with schoolwide Wi-Fi. “We had to upgrade the core switch to handle the new bandwidth, including installing a new wireless access control system,”said Mr. Ranells. “This is so that the Internet speed per student is now regulated with everyone having access to Wi-Fi again, so the system won’t slow down like before.”

“We truly owe a big thanks to the P.A. who provided the funds for our increased bandwidth, to Mr. Ranells who is the brains behind the operation and endured our constant requests about it, as well as the administration who helped and supported us throughout the way. We couldn’t have done it without them,” said Chloe Frajmund ’19, secretary of the Student Organization, who has worked closely with the school’s leadership in the process of getting Wi-Fi back for the students.

The student body appears to be greatly satisfied with their free Wi-Fi. “I think the fact that we have access to the Wi-Fi once again is amazing,” said Moitrayee Dasgupta ’19, “During free periods I can now do schoolwork that requires me to use the Internet for research.”
Ivy Tong ’19 agrees; “It’s great that I can now do homework during the school day that I need Internet access for, especially when I have to stay late after school and don’t have to wait to do it until I get home. It’s just much easier now that Wi-Fi is back for everyone, and the library isn’t as crowded either.”

Both the S.O. and the administration hope that this access can remain open to students permanently.

“As time goes on, the Wi-Fi will hopefully be able to become faster and broader which is something that I am looking forward to for the future students of Bronx Science,” said Matthew Burke ’18, vice president of the Student Organization. “The plan is for the Wi-Fi to stay, and now with P.A. support and a strong enough bandwidth this has all been made possible.” Wi-Fi has no doubt already changed Bronx Science. Students are happier, more focused, and — most importantly — more connected.