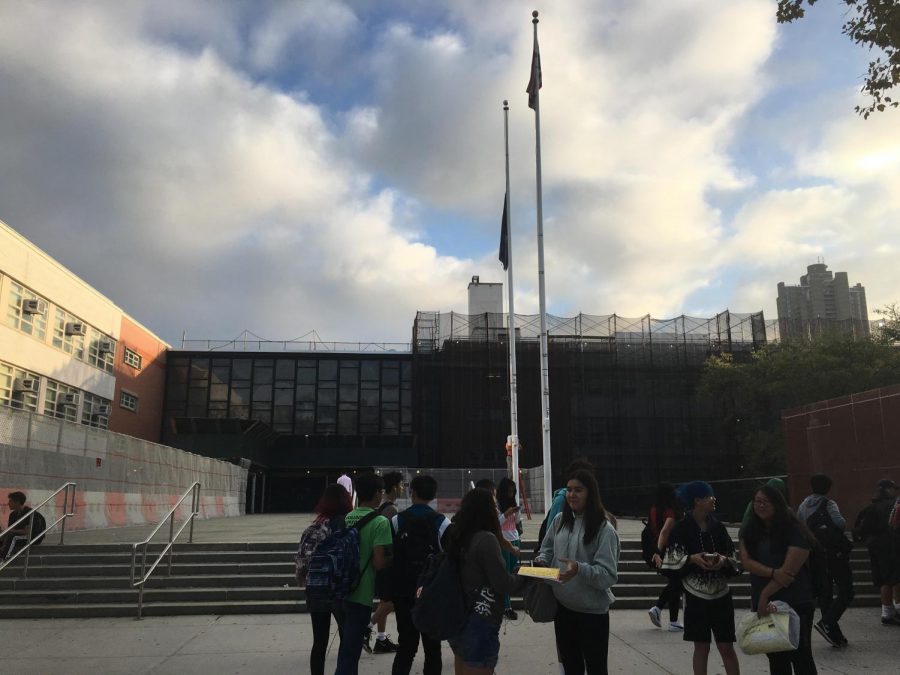 The Bronx Science Class of 2022 and beyond will depend on the revamped SHSAT.

In October last year, around 27,000 students took the SHSAT in hopes of being offered one of 5,000 available seats in a NYC specialized high school. The highly competitive exam grants citywide students an opportunity to attend one of eight possible schools, the most coveted choices being Stuyvesant High School, The Bronx High School of Science, and Brooklyn Technical School. With specialized high school admissions taking on a reinvented format for the current school year, the DOE could witness a change in who the top schools have historically accepted.
“The removal of logic decreases use of a critical skill needed not only in the high school curriculum, but also through college and beyond.”
The aim of the fall 2017 changes is to maintain an accurate reflection of what students are actually learning in junior high school curriculums. A big shortcoming of the previously included logic and scrambled paragraphs sections was that these specific types of test questions were not encountered on a day-to-day basis in classrooms. In this sense, the SHSAT favored students who could afford test prep courses that exercised certain skills necessary to obtain higher scores.

Statistically, the biggest bulk of specialized high school students come from families with a middle class income of $35,000 to $100,000 a year. Students placed in other common NYC schools disproportionately came from the lower end of the economic spectrum. Mayor de Blasio has addressed the steady decline of African American and Hispanic representation in specialized schools, resulting from less rigorous education in disadvantaged areas and an inability to hire private tutors. Hopefully, these new changes will even the playing field for the numerous individuals aspiring to attend a specialized school.

The former test was comprised of two major sections: verbal and math, totaling 150 minutes. The redesigned test boasts an extra half-hour of testing and slight additions to the ELA and math portions. The revised ELA section will include grammar and text-editing questions. In addition, a deeper ability to contextualize and infer will be expected for the newer passage selections, which place a lesser emphasis on nonfiction but rather persuasive and literary excerpts.

Current Bronx Science students express mixed feelings about how this test will shape the prospective generation of the school. As a senior with a brother looking for admission into Bronx Science, Kevin Liu ’18 agrees with the changes. The math grid-ins, he states, will eliminate the strategy of plugging in that students use, making it a more effective tool of computational ability. He also believes grammar to be an important staple and says, “Material is easier for me to explain if my brother doesn’t understand because the grammar is similar to the SAT, and I personally never did well on scrambled paragraphs.”

Ryoha Mitsuya ’18, also with a younger sibling, feels that the introduction of the grammar section will give students more incentive to study a widely poorly-taught subject. He argues, “The removal of logic decreases use of a critical skill needed not only in the high school curriculum, but also through college and beyond.”

The confusion is most present among middle schoolers. Yoshua Coleman, an 8th grader at the October Open House says, “The strategy was to make the test easier, but removing the logic is ironic because it only increased the difficulty of other sections.”

His friend, Julia Marshall, explained that her class “fell apart” after learning that grammar was to be taught instead after doing logic practice for so long.

Whatever students may feel about the 2017 SHSAT changes, we will just have to wait and see how the redesigned test impacts the student body of New York City’s specialized high schools in upcoming years. While younger students may have mixed feelings about the new test, many students in Bronx Science deem the changes made to be necessary ones. The outdated SHSAT has been used for over two decades, and as with any test, the format needs to be updated in order to keep its purpose meaningful.

The test’s changes, which have been in the works for the past few years, are focused on addressing the current imbalanced race demographics of the specialized high schools. Achieving equal ethnic representation is a noble goal, and it’s certain that the Department of Education will be closely monitoring any shift in the demographics of students attending specialized high schools in the near future.