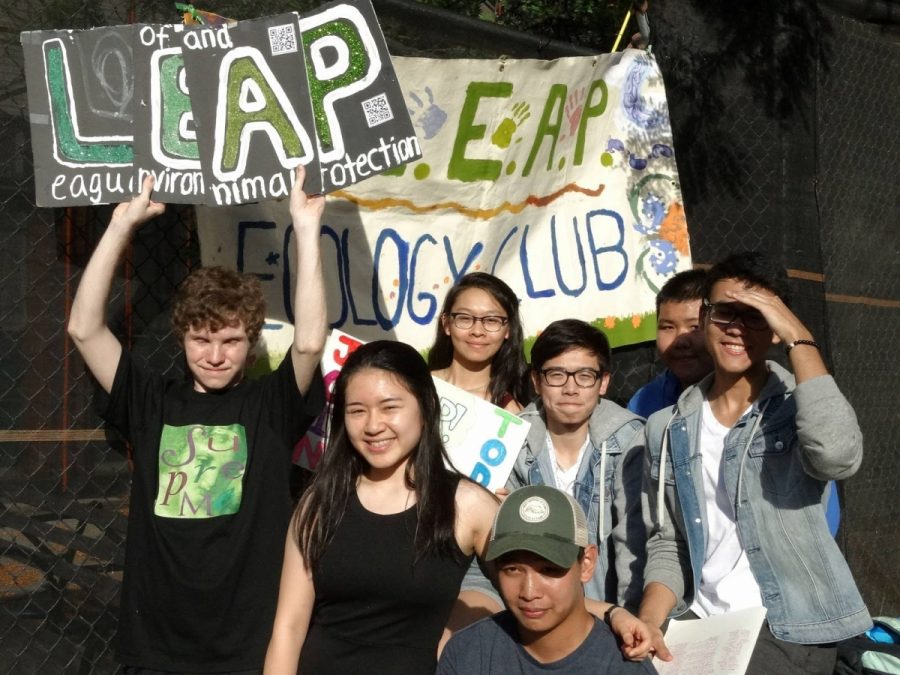 Within the span of two weeks, hurricanes Harvey, Irma, Maria, and Jose ravaged the mid-Atlantic region. With two Category 5 hurricanes, this year’s devastating hurricane season is raising questions about the future of recurring extreme weather.

With Harvey’s death toll at 82, Irma’s at 69, and Maria’s at 34, this chain of natural disasters took the lives of innocent civilians. The homes of many people along the mid-Atlantic coast, especially those in Texas, Florida, Louisiana, Puerto Rico, and Dominica, are destroyed.

Barbuda, a tiny island with an area barely 60 square miles, was hit especially hard by Irma, a Category 5 hurricane which spanned almost 400 miles across. All 1,800 residents were evacuated from the island and are now homeless.

According to the Federal Ecological Fund, a non-profit organization working for environmental sustainability by using and distributing accurate, analyzed information, the cumulative cost of this hurricane season’s damage is estimated at around $300 billion.

This hurricane season reminds us of the recent Superstorm Sandy, which wreaked havoc on New York in 2012, resulting in 43 deaths and $19 billion in damage. Residents along the coast of New York City, especially those in Staten Island, Brooklyn, and Queens, still suffer from the effects of Sandy to this day.

Fortunately, Bronx Science is located in an area where it is less susceptible to flooding and power outages from severe weather conditions. However, families all over New York City live in coastal areas vulnerable to additional damage by hurricanes like Sandy if one struck again. Not only that, but some students’ family members can be scattered all over the country.

Tahira Hasan ’19 has family in Puerto Rico directed affected by Hurricane Maria. “I am very concerned for my family! We have family all over the east coast, stretching from Boston to San Juan, and some of them just keep getting hit by these storms and have no choice but to sit through it because they can’t move.”

The resounding question now is whether there is an increased risk of stronger hurricanes in the near future. The U.S. Climate Science Special Report, a scientific analysis intended to provide an updated, detailed analysis of how climate is changing across the U.S. for The U.S. Global Change Research Program (USGCRP), states that although the direct correlation between climate change and hurricane frequency is difficult to find because of the rarity of hurricanes, scientists agree that global warming contributes to more disastrous hurricanes.

Mr. Wren, Bronx Science’s AP Environmental Science teacher, elaborated on this cause and effect relationship. “Warmer temperatures mean more evaporated water in the atmosphere, which means a bigger storm, which means more devastation. It’s not like we just had a couple days that were warmer. It’s as if there was a warmer trend overall in summer. Three degrees across the board is our concern, as a change taking place worldwide over time. With a 3 foot increase in height on a city landscape, storm surges will be much more devastating; it will be ten times worse.”
“Predictions of higher hurricane intensity and stronger storm surges threaten coastal residents, economy, and marine ecosystems.”
He also addressed the numerous issues both humans and ecosystems face as a result of stronger hurricanes and storm surges.

For the effects on people, Mr. Wren commented on the equity differences in the midst of hurricane recovery. “People who live in less well-off areas, that maybe have more contaminants around them anyway, are going to be effected worse than somebody who lives on the forty0fourth floor in midtown.” This was exactly what occurred in Houston when a chemical plant exploded because of Harvey’s impact, devastating native fish populations with toxins and pollution.

Another big problem is the detriment to marine ecosystems after large storms. Depending on the animal’s adaptation, most of them can get away before the storm hits. However, with their habitat utterly transformed, they have nothing to come back to. Mr. Wren said, “That is the key with any kind of natural disaster. It does not just fix itself quickly. The Earth is tremendously resilient, but it is not fast, and it may never come back. If the environment has been altered enough, it will be too much for what used to live there to be able to survive there again.”

However, within Bronx Science’s student body of aspiring scientists and scholars, we have our own lead environmentalists playing an important role in spreading awareness of the issue.
Angela Fu ’18, the co-President of Bronx Science’s League of Environmental and Animal Protection Club, or LEAP, promotes living a greener lifestyle to reduce climate change. “What we, as a student body, can do to take action could be anything as simple as turning off your electronics when not in use, to as big as getting more involved by educating not only yourself but others on the the environment, or by changing your lifestyle.” It is LEAP club’s goal to shrink Bronx Science’s carbon footprint one step at a time.

Although threats from warming global temperatures and from the previously devastating hurricane season forecast a grim future for the environment, they can also serve as a reminder to be more aware of the urgency of the changing climate and the disasters it brings.