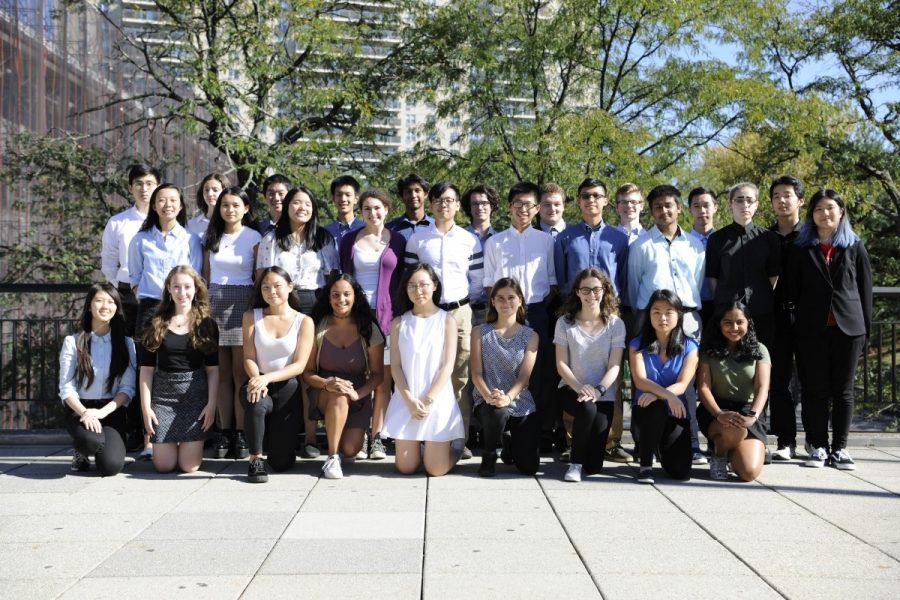 This year’s 32 National Merit Scholarship Semifinalists are some of Bronx Science’s most well-rounded, diverse, and scholarly students.

Taking the test as juniors, the students from the Class of 2018 were intently prepared for the PSAT. “I went into the test with the mentality that I would simply try my best and wasn’t expecting anything. I treated it like any other practice test that I would have taken for the actual SAT,” said Uma Balachandran ’18. Very few, if any, of the students themselves, engaged in rigorous test prep for the PSAT. Most of them were fully prepared and ready to demonstrate their abilities on the test, given that they had already begun preparation for the actual SAT. “The test, at the time, was pretty challenging, but I really did my best to get a spot as a National Merit Scholar because I wanted to have that aspect in my college applications to make me stand out from the other amazing students,” said Tu ‘18.

“There is an abundance of well-rounded and intelligent seniors in the Class of 2018. I definitely think it will make the college process a lot more competitive this year specifically, especially with the drive of this year’s seniors,” said Karen Yeung ’18. With the determination and ambition from this year’s seniors, it is no wonder that the National Merit Scholarship Organization has named 32 of Bronx Science’s students as semifinalists.