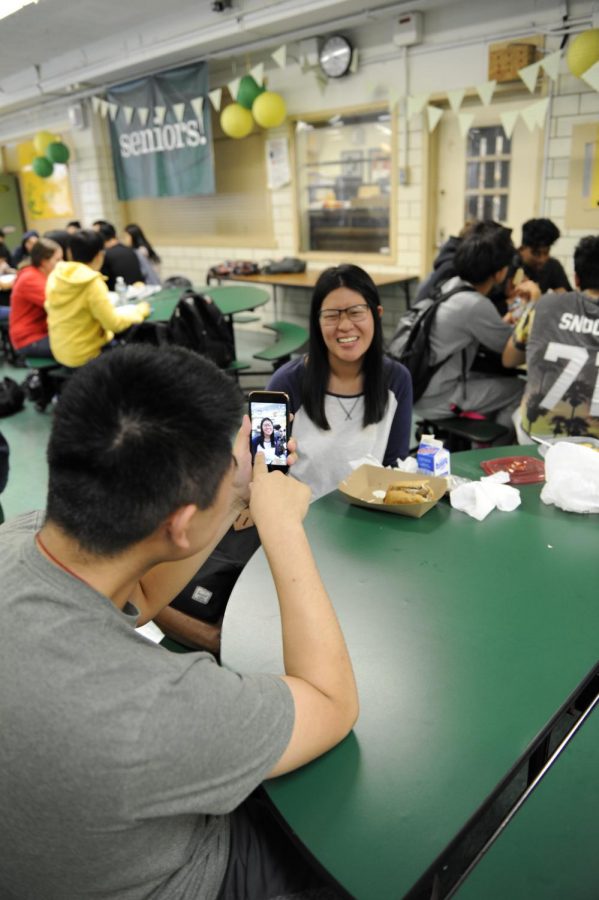 Students try out the new Snapchat feature on their phones.

While most students spent their summers relaxing, members of the student organization, or S.O., were hard at work trying to figure out how to keep students well informed regarding school events during the upcoming school year. After lots of thinking and planning, the S.O. has launched their very own Snapchat.

By friending the cabinet, which uses the username “bxscisocabinet,” anyone can be updated on the latest events around the school. In case students miss morning announcements or don’t pay attention to emails, the S.O. Snapchat regularly posts stories to keep all students in the loop.

S.O. President Sabrina Raouf ’18 found inspiration for the Snapchat over the summer. “I wanted to have a way for us to still communicate important ideas with the student body, but in a fun, modern way,” said Raouf.

Snapchat serves as an easy and accessible way for as many students to stay informed as possible. “The Snapchat makes all of our information accessible to a large segment of the population who might not use or regularly check Facebook, but still want to know what the S.O is up to,” said Raouf.

“I wanted to have a way for us to still communicate important ideas with the student body, but in a fun, modern way.”

Run mainly by cabinet members Ryan Yam ’19 and Alif Matin ’19 and supervised by Ms. Parness, the Snapchat showcases the work the cabinet has done during 9th period, such as making the posters seen throughout the school. It also features personal contributions by Yam and Matin, and has even featured students during spirit week. “We made a post with our newest social worker, Mr. Cogliano, the other day,” mentioned Yam. “We even posted a clip of Mr. Nasser asking what a meme is!”

The Snapchat isn’t only focused on stories: students can also keep snapping “streaks” with the members of the S.O. through the Snapchat by sending them a snap every day. They can also send pictures, messages, and questions to the S.O. and expect quick replies. “Currently we have around 30 streaks, and occasionally, someone will ask us questions about our work. Then, any cabinet member can hop on at any time to post something on our story or answer questions if there are any,” said Yam.

The S.O. hopes to raise school spirit and awareness with the new Snapchat, and they appear to be succeeding. “I think the Snapchat is really cute,” said Janet Kyi ’18. “I’ve been following it since it was announced, and I think it’s a really effective way to get students hyped and informed.”

The S.O. is proud of its work, and hopes that the snapchat will be used in future years. “Right now we are pretty proud of where it is. We have received lots of positive feedback about the Snapchat and hope to receive more positive feedback in the future,” said Yam.