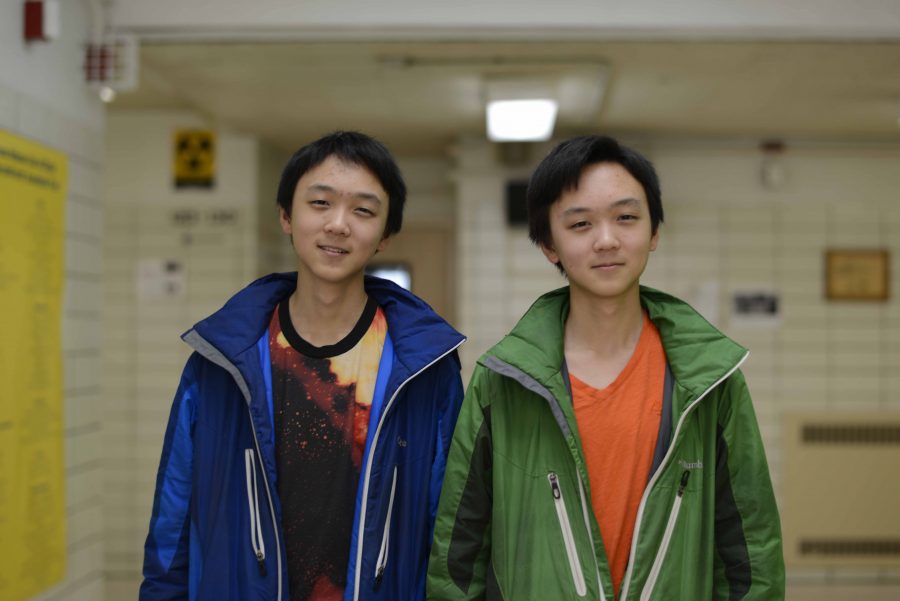 Twins Hans and John Hu heard about the competition through their father, who is a crystallographer. Their entry won 3rd place.

The duo of Tenzin Tsetan ’19 and Chenhao (Hans) Hu ’18 won First Place in the grades 9-12 category, which brought a $200 reward to our school. Hans also made another entry with his brother, Chenyang (John) Hu, winning 3rd place in the same category. On top of that, chemistry teacher Jessica Weedon won 1st Place for her entry in the teacher category, winning an extra $100 for Bronx Science.

For Tenzin, the win felt surreal. “I felt pretty elated that my partner and I won, because it meant that our crystals were judged and approved by professors who knew their stuff and still chose our entry overothers,” Tenzin said. She learned about the competition through the ‘Next Week in Preview’ e-mails that are sent out every Friday. “The production of crystals looks like a work of art because certain requirements have to be met. It is like cooking except that you have to be aware of the reactions that each ingredients causes. In any case, you have to be cautious but precise in order for the desired results to arrive. Thus, I joined this competition in hopes of producing a beautiful, transparent crystal.”

Tenzin and her partner Hans grew the winning Potassium Alum crystal, KAl(SO₄)₂, the standard crystal for the competition. However, Tenzin emphasized the hard work that it took to make the crystal. “I would wait outside the laboratory most of the days to check up on my crystal, and I even created backup crystals in case things went wrong, because part of creating a good quality crystal depends on luck,” Tenzin said.

Hans Hu worked on two crystals – the winning one with Tenzin, and one with his twin brother, John, which won 3rd place. Both of them heard about the competition through their father, who is a crystallographer. Jon said, “I entered the competition because I thought it was a great chance to practice growing crystals. Also, the first year I entered because Ms. Weedon announced that she would allow us to use the lab in Room 229.” Seeing this as a chance to improve their skills, they entered the competition with an alum crystal, weighing in at 3.7 grams.
“Part of creating a good quality crystal depends on luck,” Tenzin said.
Speaking of teachers, our very own Jessica Weedon has won this competition for the second time in a row! She submitted a whopping 51.8 gram crystal.  “Each year our crystals are getting better as we perfect how to grow them in the lab.  I would like to see our school win 1st place in all three categories. I think the crystal competition is a great way to get students excited about chemistry,” Weedon said.