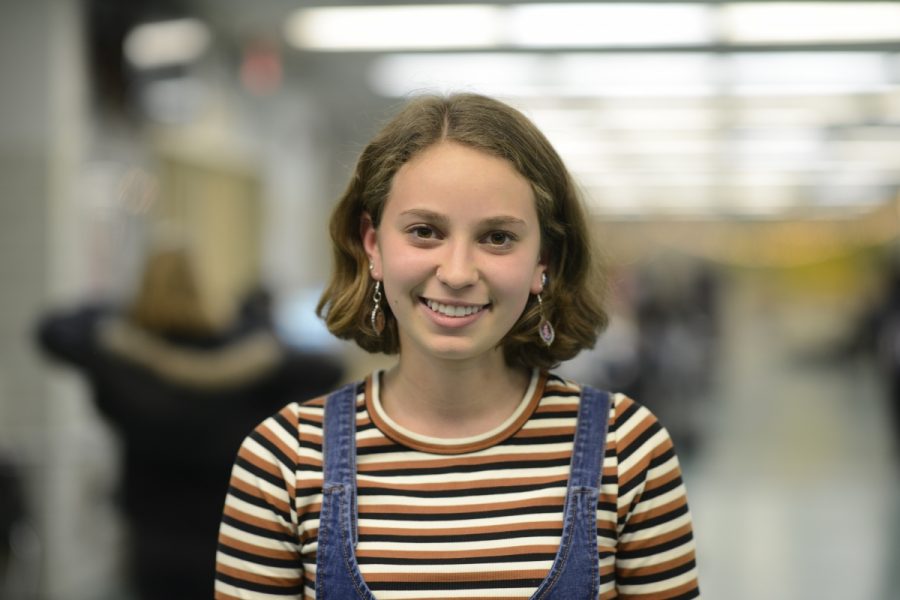 Margalit Katz has been outspoken about feminism at Bronx Science.

Project FIRE, a new initiative at Bronx Science to target gender equality issues within the school, held its first meeting on Monday, December 12th, 2016. Ms. Caldarola, a foreign language teacher, created the action group along with Ms. MacEnulty, a social studies teacher, after witnessing the rampant sexism in the 2016 election season.

The name Project FIRE stands for ‘Feminism: Inclusion, Rights, Equality.’ At the meeting, students discussed specific issues pertinent to the school and brainstormed plans to combat them.

Science is a male-dominated field and the Science Department, with a majority male faculty, is no exception to that. Female representation in STEM is important, particularly in a STEM school like Bronx Science, in order to encourage more young women to go into the field. The group discussed hosting female guest speakers, in STEM and beyond, as a means of empowering students.
Issues exist in the humanities departments as well. “One issue that has been historically prevalent at Bronx Science was a lack of female authors and authors of color in our English curriculum, which demonstrated a lack of representation,” said Margalit Katz ’17.

Many students who have voiced concern with this problem were happy to hear that Ms. Mann, the Assistant Principal of the English Department, is aware of the issue, and that changes have already been implemented. According to Ms. Mann, the English curriculum was redesigned last year and new books, written by a diverse group of authors including women, were purchased thanks to funding from alumni.

“This year, our school is diversifying curricula by adopting parts of the Facing History program, which adds critical minority perspectives to our humanities curriculum,” said Susannah Lara-Gresty ’17, Chief of Staff on Cabinet.

Students expressed concern with actions and comments by their peers as well. Katz said she has noticed unwarranted disrespect from her classmates toward her teachers. “For example, one of my teachers has the title ‘Doctor’ and when students call her ‘Miss,’ she corrects them. Often when she does this, my peers state that she is “arrogant” because she wishes to be called by her proper title.”

During Physical Education classes in the beginning of the year, students discussed how to make smart decisions regarding sexual activity, including how to say no when feeling pressured to have sex. Many students said they felt it necessary to include lessons on sexual consent. This topic is a more common concern among seniors applying to college, where sexual assault is a very prevalent issue. However, students of all grades voiced their opinions on the issue.

“Many people’s rights are threatened and gender-based discrimination is very much still alive today. Combating it within our school community allows us as a school to spread respect and tolerance once we leave Bronx Science, in order to impact the country and world at large,” said Katz.