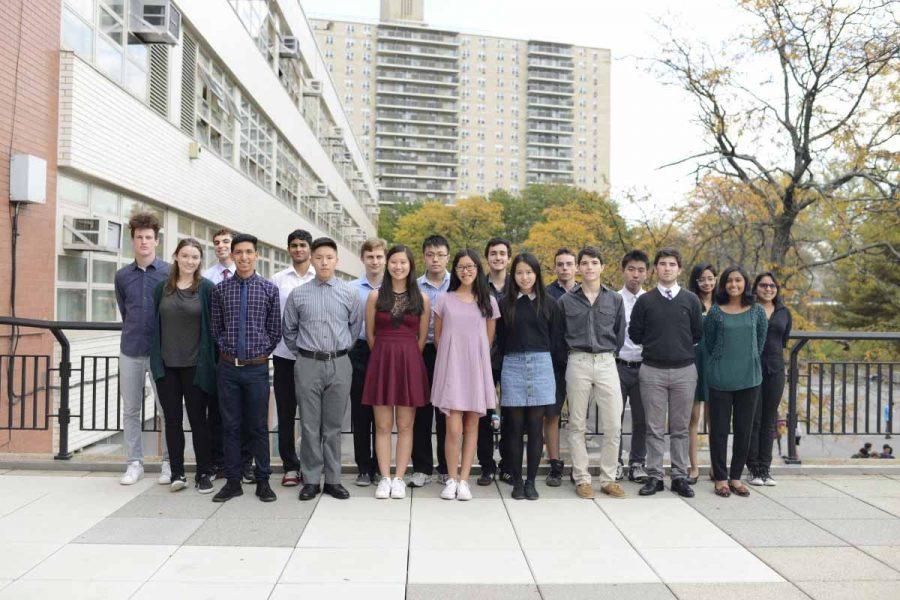 Twenty-one Bronx Science seniors have been recognized as semifinalists in the 62nd annual National Merit Scholarship Program. More than 1.6 million juniors from about 22,000 high schools entered the competition this year, making it the most competitive year thus far.

To enter the 2017 program, the semifinalists took the 2015 Preliminary SAT/National Merit Scholarship Qualifying Test (PSAT/NMSQT) last September as juniors.
Each state has different cutoff scores for qualifying candidates. The cutoff score for New York State was 219 for the 2017 program; for the District of Columbia, New Jersey, and Massachusetts, the cutoff score was 222, making it the highest of all states. The lowest cutoff score of 209 came from South Dakota, North Dakota, West Virginia, and Wyoming. Semifinalists represent top scorers from their respective state.

“I was so happy when I found out. It’s really exciting to hear that I could receive a scholarship through my high score on this exam,” semifinalist Karen Nguyen ’17 said.

Bronx Science has maintained a prolific record of producing semifinalists every single year; twenty-four students were semifinalists in 2016 and twenty-two in 2015.
In due time, approximately 15,000 semifinalists will advance as finalists.

To be considered, applicants must maintain high academic grades during all four years of high school and be top scorers of the Scholastic Assessment Test (SAT). Qualifying finalists are entitled to receive either a corporate or college-sponsored scholarship, or the National Merit Scholarship Corporation (NMSC) scholarship of $2,500, beginning in early April 2017. Last year, the NMSC awarded scholarships valued at more than $45 million to over 9,400 qualified students. Currently, about 230 corporations, company foundations, and businesses with approximately 190 colleges and universities in the United States have partnered with NMSC to provide the National Merit Scholarship Corporation scholarships.

“I’m really looking forward to becoming a finalist. The scholarship will be a great incentive towards the college admissions process and towards my future,” semifinalist Andrew Pon, ’17 said