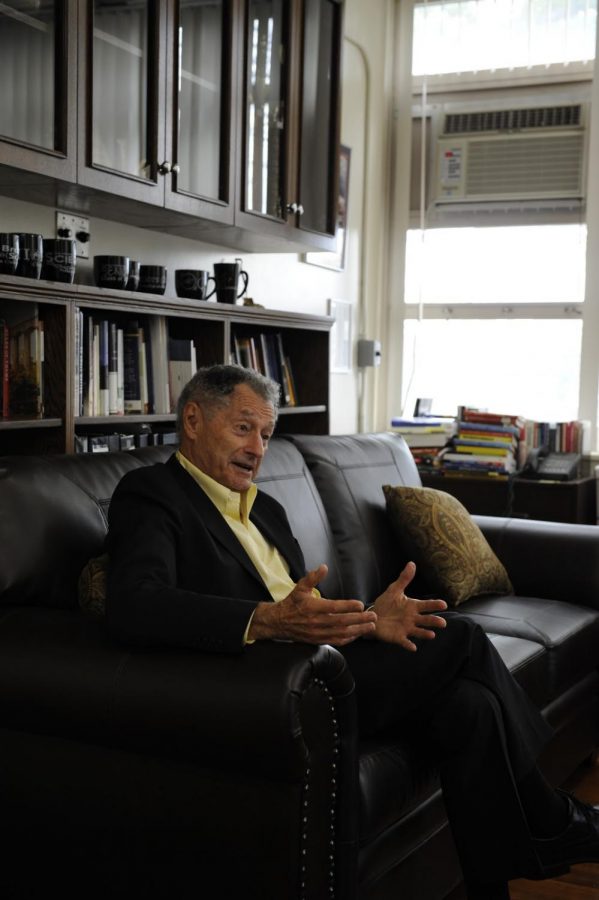 Back when The Bronx High School of Science really did have a pool, Leonard Kleinrock, class of ’51, was in the midst of his education: balancing the swim team, the recording club, and a rigorous curriculum.

A true New Yorker, Kleinrock spent his early years in Washington Heights, and later attended Bronx Science. He remembers that Bronx Science was “terrific…an oasis in an otherwise desert world.”

He strongly recalls his brilliant peers and the highly competitive atmosphere. Although he did not discover what he wanted to do career-wise in high school, he believes the students at Bronx Science who were “interested in something serious, as opposed to something frivolous,” helped push him later in life. He also attributes his drive and success to his teachers, whom he noted as “dedicated, interesting, and challenging.”

After skipping a grade of high school, Kleinrock graduated from Bronx Science and went on to earn a Bachelor of Electrical Engineering degree from the City College of New York and later a master’s and a PhD in electrical engineering and computer science from MIT.
“You arrive, you hang around for awhile, and then you leave,” Kleinrock said.
Out of his many accomplishments, Kleinrock is most well known for his early work in queuing theory, and his later work on packet switching. Queuing theory is the mathematical modeling of waiting in lines: “You arrive, you hang around for awhile, and then you leave,” he said. This was the premise on which packet switching was based. Packet switching groups data into packets, which are then sent and unpacked upon their arrival at another computer. This has allowed generations of computer networking technology to be produced, leading to the internet as we know it today.

Kleinrock and his colleagues implemented packet switching for the first time in 1969, when they sent the first message from UCLA to the Stanford Research Institute. Their goal was to relay the word “login,” but the system crashed and only the letters “L” and “O” were transmitted.

At the end of his story, Kleinrock remarked that the general public may know “one small step for man, one giant leap for mankind,” but in the world of computer networking they have their own saying: “Lo and behold.”

Lo and behold the beginnings of an cybernetworking era that we are all living in, which was started by Kleinrock and his colleages with one message: “Lo.”