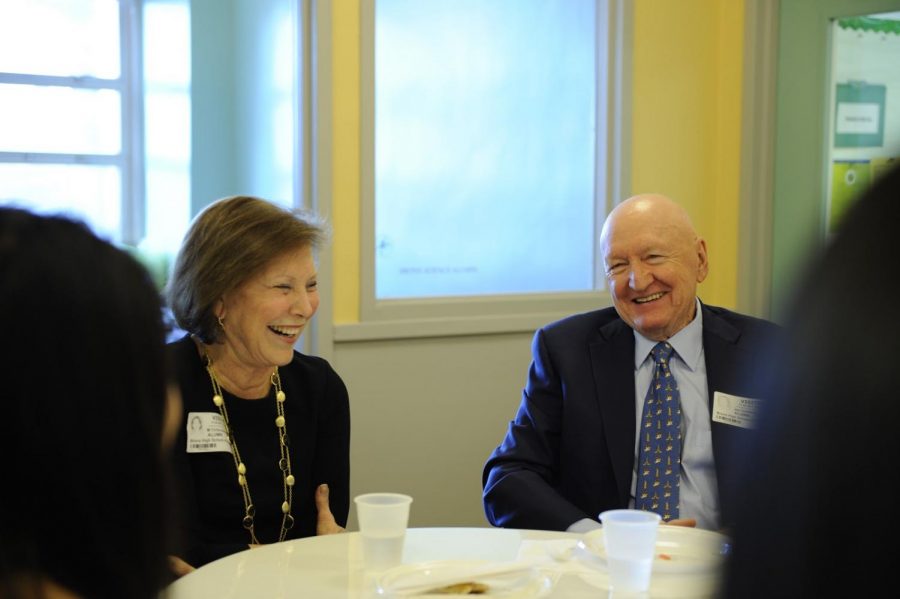 On November 20, 2017, Jay Goldberg ’58 and Mary Cirillo ’65 were inducted into the 80th Anniversary Hall of Fame. Although they attended high school in two different Bronx Science buildings, they found each other in their fields years after their graduations thanks to the career paths that Bronx Science started them toward.

Goldberg is currently a Managing Partner at Hudson Ventures, a venture capital firm, after being a central participant in the inception of computer system and software development. Starting with IBM, he founded many companies centered around computer operations services and served on many boards, including those of the Albert Einstein College of Medicine and of New York University’s School of Arts and Sciences, as an alumnus of NYU himself.

Cirillo, on the other hand, is a banking executive and investor, leading the finance industry for almost fifty years. In dedicating twenty years to Citibank, she was a Managing Director along with Senior Vice President. Recently, she has been a board member at Cisco Systems and Hunter College Foundation, where she earned her Bachelor’s degree, a board director at Chubb Insurance, and a chairperson of the Board of Directors at the Roundabout Theater Company.

“Today, there’s so much knowledge. These kids learn it [computer science] in high school, and by the time a 27 year old entrepreneur gets to me, he’s so much more experienced than I was.”
Cirillo also looked back on her career in technology, explaining how it opened a door that led her into a world of business that she otherwise would not have gravitated towards. She became the Vice President of Citibank in 1979, just after the first female Vice President in 1974. “I was a little behind the real pioneers, but was still a pretty pioneering person,” Cirillo said of her position.

Outside their careers, Goldberg and Cirillo make active efforts to ensure that they are involved in philanthropy. They are both interested in seeing women in STEM, and have created and participated in a program at New York University to encourage women in technology. “Walking around here, it’s wonderful to see the number of women,” Goldberg said. “When we went to this school, it was two-thirds boys.”

Individually, Goldberg and Cirillo are focused in different fields. Goldberg gravitated toward medical research, while Cirillo found herself very much involved with University Settlement House, a non-profit dedicated to expanding the opportunities for low income families, and on the board of Roundabout Theater for twenty years. “I remember being wowed by the fact that people could get on stage and totally transform. As a student, I couldn’t afford the tickets,” said Cirillo. She recalls a time when her student card would get her discounted tickets — in the ‘nosebleed’ section.

Goldberg and Cirillo emphasized the importance and impact that Bronx Science can have on its students’ lives. “She might have never gone on a date with me, but she heard that I went to Bronx Science,” Goldberg said, “and was like ‘Okay! He can’t be stupid!’” Besides the education that its student body will take away, the bond that exists between students, whether they be students of the Class of 1958, 1965, or 2018, is like no other.