A Profile of the 2022 Bronx Science Shakespeare Competition

Meet the winners of the annual Bronx Science Shakespeare Competition! 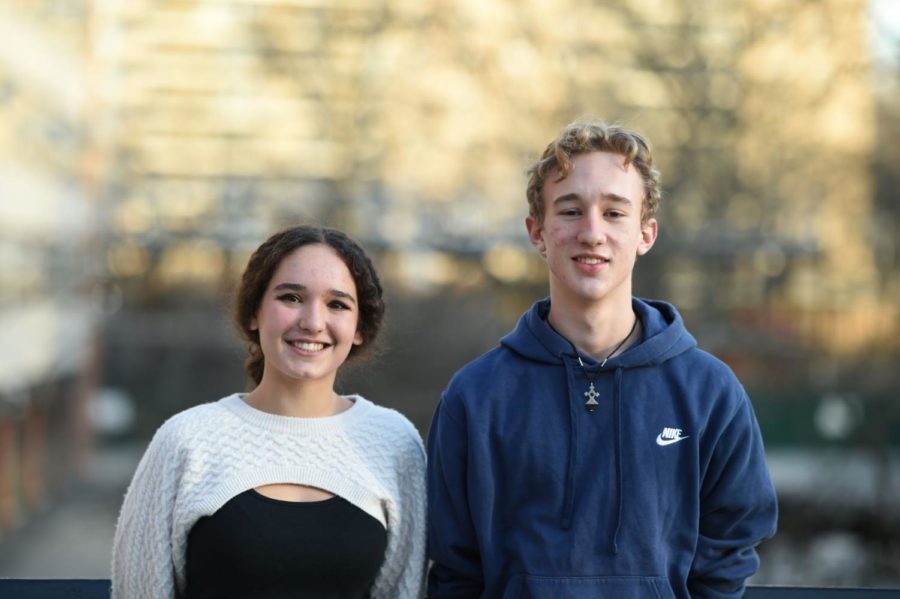 On Thursday, January 27th, 2022, a group of young thespians competed in Bronx Science’s annual Shakespeare competition. Students who are passionate about the late 16th-century/early 17th century playwright memorized and performed a short monologue in front of a panel of English teachers.

The school-wide competition is the first step of an annual National Shakespeare competition, which is organized by the English Speaking Union (ESU), an organization dedicated to the advancement and celebration of the English language. This year, due to the Coronavirus pandemic, the winners for Bronx Science submitted video submissions for judging in the ESU NYC Semi-Final Competition, instead of giving a live performance in front of the judges. Bronx Science’s winners for 2022, Andrew Edelmann ’22 (winner) and Nava Litt ’25 (runner-up), recently submitted recorded videos of their performance to the semi-final judges for judging.

On Friday, March 4th, 2021, the New York City Branch of the English Speaking Union announced the winners of the NYC Semi-Finalist competition.  Sasha Fedderly at Lycee Francais placed first and will continue on to the ESU National Shakespeare Competition Semi-finals to be held digitally in the coming weeks. Taylor White at The Scholar’s Academy placed second, and Esona Peacock at The Rudolph Steiner School and our very own Andrew Edelmann ’22 tied for third place. The competition goes all the way up to the national level, where the winner receives an all-expense-paid trip to England.

“I am continually awestruck at how talented some of Bronx Science’s 14 to 18-year-old students are, in terms of their acting ability,” said Mr. Thorp, who has been organizing and serving as a judge for the competition at Bronx Science for the past fifteen years. “Each year, I look forward to seeing some of Bronx Science’s most talented student actors memorize a Shakespeare soliloquy, get into character, and act it out as they recite it.”

But how do students choose which speech to perform? The ESU provides a selection of over 250 monologues from across Shakespeare’s works for students to choose from. Though the list may seem imposing at first glance, students often know several speeches that they have personal connections to, from having studied them in their English classes at Bronx Science.

Andrew Edelmann ’22 won the contest at Bronx Science by performing Henry V’s famous St. Crispin’s Day speech. He cites a family connection to the monologue as his reason for choosing it. “When my mom heard I was doing the contest, she suggested this one. I insisted on trying out some others but eventually settled on King Henry’s speech, because I found the passion in it so powerful.”

For those without a deep family a connection to Shakespeare, exposure to Shakespeare’s work in English class helped to make their decisions a little easier. Mysha Rahman ’23, who performed a speech from Julius Caesar, said “I chose it because I had read Julius Caesar a couple of times in both middle school and high school, so I understood the context of the scene.”

For many, the enthusiasm that participants show towards the competition reaffirms the importance of teaching Shakespeare in school. “His influence on language is enormous; many common words we use today (“bandit,” “dauntless,” and “lonely,” to name a few) are his inventions,” said George Chudley ’22, who recited a monologue from the end of A Midsummer Night’s Dream.

Mr. Thorp also emphasized the lasting impact of Shakespeare’s language. “Shakespeare used over 30,000 words in his plays. The average American only uses 2,000 words in day-to-day speech, so we have much to learn from studying his plays,” he said.

Mr. McConnell, another English teacher who judged the competition, said, “Shakespeare is poetry, and there are so many ways to connect it to spoken word and rap. You could argue that Shakespeare has been more alive in the classroom in the last twenty years than the twenty before.”

Since his death in 1616, Shakespeare has become the most produced playwright in world history. This begs the question, why has his work specifically stood the test of time?

“Shakespeare’s poetry is a vehicle for people to explore the extremes of human emotion,” said Nava Litt  ’25, who placed as runner-up this year. “This is timeless.”

The ESU’s Shakespeare competition and institutions like it ensure that the next generation is exposed to one of the English language’s most influential and renowned writers. “I find it touching that a British playwright who lived and wrote over 400 years ago still speaks to Bronx Science students of today and inspires them to memorize his work,” said Mr. Thorp. “My favorite thing in running the contest and serving as a judge is helping Shakespeare’s words to live on in the minds of the young.”
“Shakespeare’s poetry is a vehicle for people to explore the extremes of human emotion,” said Nava Litt  ’25, who placed as runner-up this year. “This is timeless.”