Exploring the Intricacies of the Law: A Profile of Bronx Science’s Mock Trial Team

A profile of a team built on preparation, argumentative skills, and the ability of public speaking. 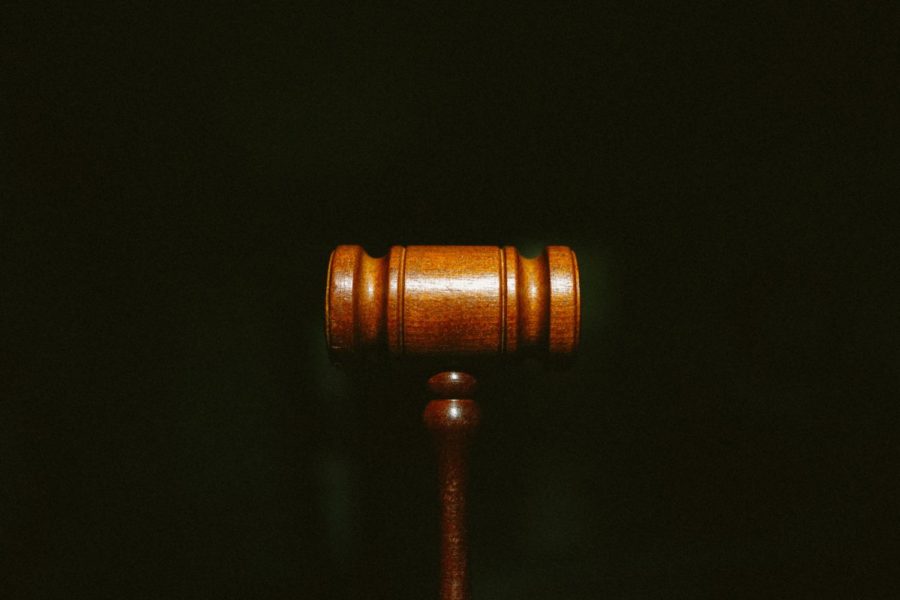 A gavel is used in a court of law by a judge for attention, punctuating a ruling, and solidifying any proclamations.

The Mock Trial team is composed of eighteen students with an inclination towards law and its diverse, complex intricacies. From forming arguments to practicing cross-examination, team members build an astounding ability to reform questions and adapt to objections and new arguments thrown at them.

Before competing, the team must undergo hours of practice, testing each other’s questions, cleaning up arguments, and fitting the questioning to a ten minute time frame.

Mock Trial starts its practice in mid December, each year. It holds a tryout in early December that requires students to formulate an argument based on a hypothetical given to them. In previous years, members of the team had to choose between Jennifer Aniston and Angelina Jolie in their tragic relationship with Brad Pitt. After preparing a two minute argument, students are asked to present it for the captains and faculty advisor, Mr. Symons, who then interrupt and argue statements or even create new environment situations within the hypothetical.

Once making the team, members exercise their analytical skills while reading the year’s case and picking out evidence helpful to defense and prosecution (or plaintiff in a civil case). They engage in riveting conversation and debate regarding the main points of each side during club meetings.  Co-captain Adam Wright ’22 said, “We have to practice our arguments as well as our witness handling to prepare for the competitions.” After being assigned to a side, team members are given the opportunity to try out for witness or attorney.

Students spend months leading up to the first competition, formulating and practicing their arguments, presenting objections at one another, and devising responses that will put the other side in their place and win over the favor of the judge. Faryll Jaffee-Lakatos ’23 said, “I think that one of the best things about Mock Trial is getting to prepare as a team. It lowers stress and makes the whole thing so much fun.” A majority of members of the team agree that competitions require both the ability to debate opposing attorneys while also balancing a cleanly delivered presentation.

On each side there are three pods, and each pod works on a specific witness with one attorney with an additional alternate. For direct questioning, the attorney crafts open-ended questions that establish facts by testing their witness’ knowledge on the topic. In contrast, questions for cross-examination involve leading questions for the opposing witness. While direct examination is set up as a presentation in which the attorney battles with the opposing counsel as the witness puts on their best performance in bringing their character to life, the real grit is in cross examination.

Each side takes turns rapidly firing leading questions at the opposing witness, such as “It’s true that you didn’t advise Robbie to sell his at the same time as your shares, correct?” While under a ten minute timer, witnesses must choose between folding with a simple yes or no or going about a more argumentative route that would steal time away from the attorney but make them seem less compliant.

Cross examination is a game of tug and war between the attorney and opposing witness as they fight for time and dignity. The ultimate winner is the one who steals the spotlight to the last question. An attorney wants to get a yes or no response to what is called a punchline question, which is the most important and typically most detrimental to the opposing counsel, whereas, the witness hopes to win the argument in why their answer does not ruin their side’s reputation in the eyes of the judge. One team member, Charlotte Zhou ’24 said that, “While Mock Trial definitely needs a lot of preparation, being able to improvise is also one of the most important skills during a competition.”

Despite their similarities, like most academic teams, Mock Trial is underwhelmed in its recognition by the student body compared to that of Speech and Debate. Students who participated in an open survey found that the skills needed vary from the form of debate. For example, Policy students, comprising 37.5% of participants, answered that both presentation and debating skills, similar to that of Mock Trial, were needed. However, students in Speech, Congress, and Public Forum answered that their squads mostly utilized presentation skills whereas those in Extemporaneous Speaking said that their squad is argument based.

The most distinct difference between Speech and Debate and Mock Trial is the use of case law. Current team member Manuel Bosteels ’24 said, “I think Mock Trial requires a lot of preparation with understanding the nuances of the case and the case law that corresponds to the case document, and it requires the ability to answer questions while maintaining the formality that you need with a judge.”

Mock Trial is a team built on preparation, argumentative skills, and the ability of  public speaking. The team dedicates their time to each practice and enjoys practicing with one another. The team continues to build its reputation at Bronx Science and hopes to bring back titles this season.
“While Mock Trial definitely needs a lot of preparation, being able to improvise is also one of the most important skills during a competition,” said Charlotte Zhou ’24.