How Did the Class of 2021 Choose Their Colleges?

While there are dozens of videos and school meetings regarding creating college lists, taking AP courses, and applying to colleges, there is less advice available on which college to choose. So, here is some advice from the class of 2021 on choosing colleges. 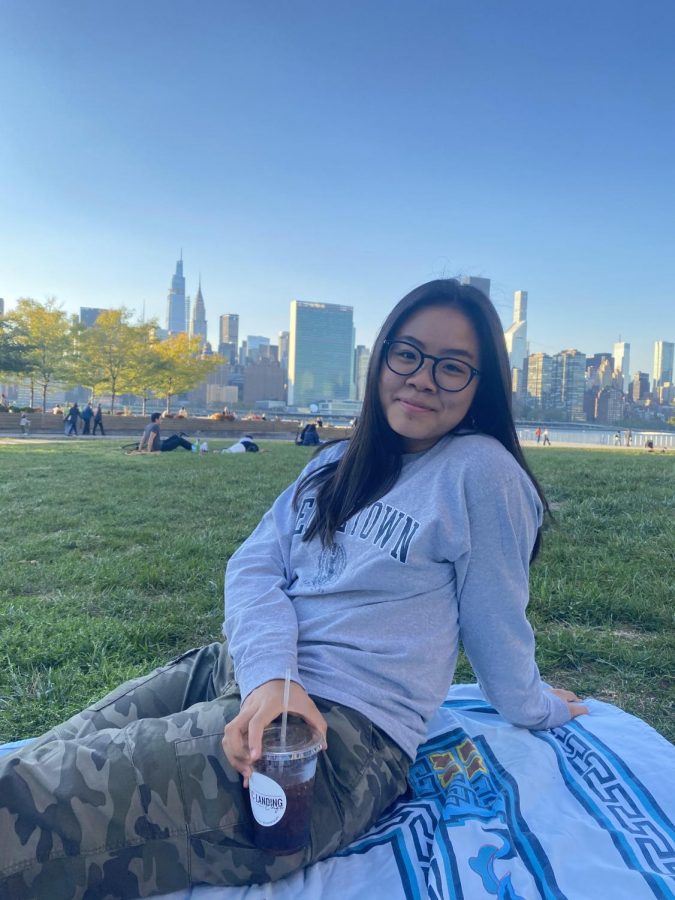 “When I visited Dartmouth's campus, it felt right, and I kind of just knew that that was the school that I would be able to explore what I wanted to learn, because of its liberal arts courses,” said Emma Nguyen ’21. Especially since Nguyen plans on returning to New York City after college for a job, she wanted to have a different experience in a college with a suburban campus.

Now that Decision Day has passed, our seniors are able to rest easy. But, the weeks leading up to May 1st, 2021 were busy with t-charts, conversations with alumni, and incessant researching. There are abundant resources online and at school about applying to college. However, when college acceptances, waitlists, and denials were released, the Senior Class of 2021 did not expect the amount of work associated with committing to a college for the next four years.

So, I decided to look into the criteria that the Bronx Science’s Class of 2021 used to make their final decision on commitment day.

Emma Nguyen ’21, who is part of Dartmouth’s class of 2025, explained that she found the best community and financial aid package at Dartmouth. She ruled out other schools by their political affiliations, depending on their location, as well as what their students said about the college’s sense of community.

While many believe that an Ivy League education is supremely beneficial, “The education you get there is the same or even worse than some other schools that you’ll go to, and I think that the Ivy League isn’t for everyone,” said Nguyen. She did not choose Dartmouth because it was an Ivy League school, but because of the people there and the liberal arts education that she will receive.

Liberal arts colleges pride themselves on providing a well-rounded education to their students, dedicated professors and staff, and a tight knit community. These were all reasons as to why Lavanya Manickam ’21 committed to Vassar College, a private liberal arts college that was the second institution to grant women degrees. Mackinam’s reasons also include the tightly-knit learning environment and great diversity in its student body. “At Bronx Science, I was able to have in-depth class discussions, and explore texts and themes with students who really cared about what they were learning,” said Mackinam. So, she set sights on attending a college that had primarily small class sizes and a more liberal arts curriculum.

Additionally, as someone who lives in Queens and always inhabited diverse classrooms, Manickam was nervous to commit to a predominantly Caucasian institution with little diversity. So, she reached out to current students of color at those schools to see what their honest experiences were. After making spreadsheets, lists, and diagrams, Manickam was finally able to make a choice. She recommends looking into a schools’ research opportunities, class sizes, tuition cost, student body diversity, and social sphere. She weighed each school holistically, referencing Reddit pages (although they can be slightly unreliable), and gathering perspectives from people who know her well to help future students make informed decisions about their colleges.

Dr. LaGrassa, a biology teacher at Bronx Science, also had some valuable advice to share with Manickam and me too. “No choice is the wrong one. You are just choosing a different path to take, with different responsibilities and possibilities that lie ahead based on what you choose. I truly believe you will find your fit anywhere, and it’s you who is going to make your college experience great, not the college itself.”

Another type of college that multiple seniors are attending next year are state colleges. In the fall of 2021, Lola Murti will be attending the University of Georgia (UGA), which has a separate college for journalism and communication that fits exactly what she wants to study. She also wanted a large environment with school spirit. And since UGA ranked high consistently for happiest students, it provided an extra comfort to Murti when committing. “I truly believe that the work you do in college is much more important than the name of the school itself,” said Murti, so she made sure to only apply to schools that she would be excited to attend.

A difficult reality for many high school seniors is being waitlisted. Although May 1st is known as National Decision Day, many students do not know which school they will be attending in the fall until June or July, depending on if they get off school waitlists. Sadie Sherman ’21 was initially going to attend the University of Michigan this fall, but after getting off Vanderbilt University’s waitlist and visiting its campus, she knew switching was the way to go.

Sherman chose Vanderbilt because she immediately loved the school the moment she stepped on campus. The atmosphere, academic program, and school size were her main deciding factors. At her other options, Sherman would have been one of the only students who was studying education and would only start pursuing education seriously as an upperclassman. At Vanderbilt, the education program is larger and provides her with more opportunities, peers, and resources throughout the four years. Vanderbilt was also slightly smaller in class size than her other choices, which Sherman values, as she “liked the idea of having more personal relationships with professors and not feeling anonymous at a large school.”

“I advise you to show the school that you are interested,” said Sherman. Do not feel defeated if you are put on multiple waitlists. The school knows that you are qualified to attend; it is only a matter of space and numbers. The most important aspect of appealing your waitlist status is sending them a letter with your updates. In Sherman’s letter, she shared all of the things she had accomplished since she applied, explained why she wanted to attend their school, and why she is a perfect fit. “It is important to show the school that you want to go there and they should want you,” Sherman said.

Another option that not many high schoolers may consider is going overseas to an international college or university. Hasuno Takei ’21 and Maanya Shah ’21 are both Bronx Science seniors attending college in Japan and the United Kingdom, respectively, this fall.

Hasuno has always wanted to live in Japan and connect with her background as a Japanese American. She also wants to pursue medicine, which meant that she knew that she would need to attend extra years post-undergraduate school. She thought it would be more efficient to save some money now to save for the future. Luckily, with a merit scholarship and a full ride scholarship, Takei can attend university for free and with a monthly allowance!

When it comes to considering international schools, Takei believes that going to an International school will give you a completely different experience than staying in the United States. “Depending on the country, the process of applying varies a lot, so please start researching options early on,” said Takei. Also, look out for scholarships meant for international students.

Another country to consider studying in is the United Kingdom. While the UK’s system of applying to college is quite different from America’s, Maanya Shah managed to successfully complete and get admitted into her top choice school, The University of East Anglia. Shah knew that she wanted to pursue higher education in the UK, and especially at The University of East Anglia, because of the culture, her parents’ legacy, lower costs, and a three year degree.

College costs around $16,000 per year for international students, which is much lower than the cost for an American student to study within America. Shah found the low prices to be extremely appealing because they show that the governments of the United Kingdom wants students to pursue college degrees. American private universities usually want the most money they can make possible, which drives up tuition fees. And so, if you are willing to travel out of the country for a whole new learning experience, definitely consider applying to international schools.
Dr. LaGrassa, a biology teacher at Bronx Science, also had some valuable advice to share with Manickam and me too. “No choice is the wrong one. You are just choosing a different path to take, with different responsibilities and possibilities that lie ahead based on what you choose. I truly believe you will find your fit anywhere, and it’s you who is going to make your college experience great, not the college itself.”