In the aftermath of the Capitol Riots on January 6th, 2021, three Bronx Science students recount their opinions of the United States government and the long-term implications of what happened on this date. 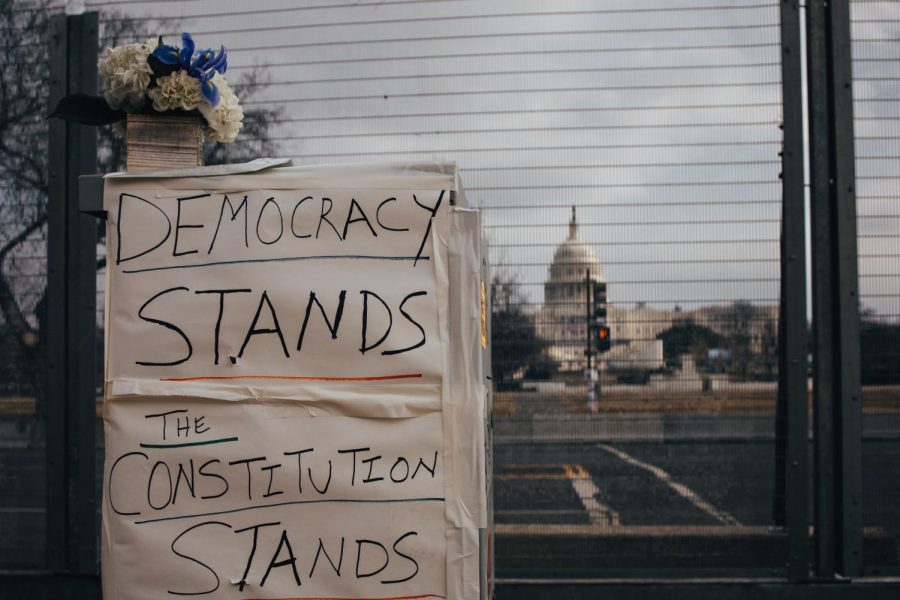 “It’s sad that America has become so divided that we don’t even see each other as fellow humans anymore," said Peter Haywood ’21. He believes that there can be no unity in America without a form of accountability for the perpetrators of the riots.

On January 6th, 2021, the United States was forever changed when alt-right rioters stormed the Capitol. The rioters, enraged by the results of the 2020 U.S. Presidential Election, looted and wreaked havoc upon the Capitol. Some tried to harm or even kidnap lawmakers, as others crowded and invaded the government building, covered in Trump regalia. Americans could only gather around their televisions and look on with horror.

In the weeks after, America has developed a clear image of what happened. The rioters were motivated by Trump, who had tweeted, “Big protest in D.C. on January 6th. Be there, will be wild!”  Five people were killed in the riots, and dozens were injured. Trump has since been impeached by the House for inciting insurrection.

What the news fails to cover were the emotional effects for your everyday American. In the time of the Coronavirus pandemic, it occurred to Reese Villazor ’21 that living in the United States today felt as if she was more immersed in a dystopian world than in a real functioning society. “I was in my Zoom class for A.P. Comparative Government, which is my last class of the day, discussing the election and run-off results. Someone in the chat commented that rioters had broken into the U.S. capitol. After the class ended, I turned on my television with my sister and watched the live footage of the riots. Since I found it out in class from the chat, I was taken aback and didn’t believe that it was happening because it sounded so surreal,” said Villazor.

Despite the unprecedented nature of the events, Villazor’s opinion of the United States has barely changed. “To some extent, I misplaced my trust for the government, but I do not think I was particularly trustful of the government in the first place, and this only goes to show the corruption that underlies our system,” said Villazor.

Over the summer, Villazor had attended a vigil for those who lost their lives due to police brutality on the Upper East Side of Manhattan, New York. During the vigil, she recalls that she was herded by police officers, where they had surrounded her. “I already had a low opinion of America in the first place, not only from the horrible events that have occurred in recent times but from the repeated discrimination and perpetuation of violence against the BiPOC community that has unfortunately been prevalent throughout our history. So when I saw the footage and news coverage of the riots, I became angry and indignant at the rioters’ sense of entitlement and treatment,” said Villazor.

Aarushi Kaushal ’22 was similarly disturbed by Trump’s lack of response. “I was very surprised to find out that people had the audacity to storm the Capitol building, and I remember feeling very angry, primarily because this was the perfect example of white privilege. I knew that if Black Americans had done the same thing, they would be prosecuted harshly and perhaps even killed. Since the people who stormed the Capitol were all white, they knew they would be safe in doing so,” said Kaushal.

Neither Villazor nor Kaushal had felt surprised by the former president’s actions, simply because of his continuous patterns of hypocrisy. “Trump had stated before that he was against looting and violence, and that he wanted federal buildings and the police to be respected. Of course, his followers rallied behind this statement. But then when they had a chance to go against everything they had said, they did not hesitate. They had just months ago been reprimanding people for peacefully protesting for their rights, yet they go and use violence and lawlessness just to try to keep a president in office who had already lost the election,” said Kaushal.

Villazor and Kaushal believed that former President Trump was the main instigator of the storming of the Capitol. Peter Haywood ’21, however,  was confident in believing that Trump was not alone in inciting the riots. “I blame the Trump administration, Senators Hawley, Cruz, and Ron Johnson, and members of the House of Representatives, such as Mo Brooks, Majorie Taylor Greene, and Lauren Boebert. And those who didn’t reverse course in order to certify the results after the mob are all to blame,” said Haywood. Each student agreed that the impeachment was well called for.

“If inciting an insurrection doesn’t warrant impeachment, I don’t know what does. There’s no doubt this mob was insured by Trump’s words at and before the January 6th, 2021 rally. We can’t have unity without accountability, and I don’t understand those who say impeachment is too divisive. All that does is appease the fascists who got us here,” said Haywood.

“I love America, and I know our democracy will get through this. We just have to tone down the rhetoric and not take our institutions, or the value of truth, for granted,” said Haywood.
“To some extent, I misplaced my trust for the government, but I do not think I was particularly trustful of the government in the first place, and this only goes to show the corruption that underlies our system,” said Reese Villazor ’21.