Dynamo goes virtual with their first ever online publication. 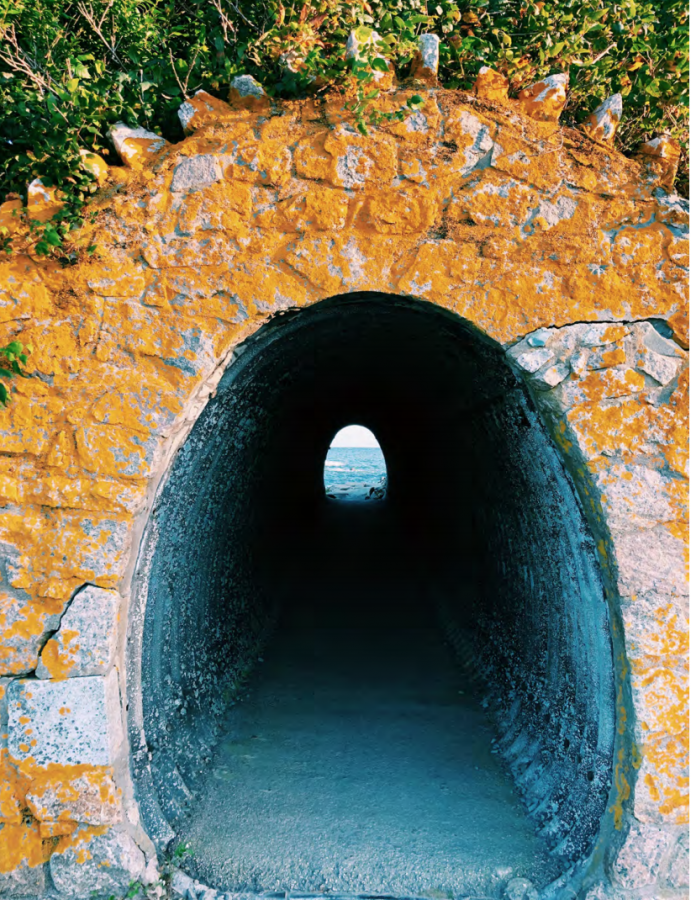 Dynamo members like Lucy Del Deo ’21 submitted their colored photographs for the first time last year. “I was really excited to be able to submit in color because I thought it really highlighted a side of photographs we don’t see in Dynamo. I also particularly loved the colors of this photograph,” Del Deo said.

One part of Bronx Science life that the ongoing pandemic has strongly affected are the many clubs that have been forced to go virtual in the wake of remote learning. Among these clubs is Dynamo, a literary magazine full of student artwork, poetry, and photography.

Dynamo has been around since Bronx Science’s foundation in 1938, making it one of Bronx Science’s oldest student publications, along with the newspaper The Science Survey and the yearbook The Observatory. All three of these publications started around the time of the school’s inception. With this rich school history, a staple of the Dynamo experience has always been the long standing traditions that come with every meeting. Members of the club, myself included, know that Wednesdays always bring YooHoo chocolate milk and elaborate voting rituals that come along with the careful process of curating the final publication every year.

But even though this year members and editors could no longer look forward to these weekly in-person meetings, the Dynamo community found new and unique ways to transition online. “It was hard at first. But we were able to find creative solutions to everything (as, of course, we are all imaginative — we are artists, after all!), and our weekly meetings continue to be something I look forward to and cherish,” said Edie Fine ’21, one of Dynamo’s current Senior Editors.

When you join a Dynamo Zoom this year, you will still experience a lot of the same signature charm through the screen. Dynamo has made lots of efforts to get more personal and efficient this year online by increasing its online communication with members and even creating an Instagram page (@dynamolitmag) to share art and other information. “It sounds counterintuitive, but I think in some ways, being virtual has given us more opportunities to be personal, in that we get to see each other’s rooms and bookcases and art on their walls. It’s been fun to bring a personal feel to Dynamo,” Fine said.

In the past, a large portion of the loyal club members have been dedicated upperclassmen who gathered to participate in the magazine’s conceptualization during weekly meetings. But joining a meeting now, you can slowly begin to see a new, younger demographic eagerly joining in and sharing in these enriching discussions. The Dynamo senior editors have also noticed this change, “I’ve been extremely happy to see our vastly different turnout in terms of underclassman than last year. I think perhaps joining a Zoom call is easier than fully entering a classroom and sitting down, so the remote setting has opened up our conversations to many new voices,” said Julia Sperling ’21. After all, one major aspect that makes Dynamo so unique is how close of a community the club is.

The start of online school and virtual meetings since last March 2020 immediately offset perhaps the biggest tradition in Dynamo’s history — the physical publication of the magazine at the end of the year. “We knew it would be impossible to distribute physical magazines last year, but we also knew we needed to have some sort of final product at the end of the year,” said Fine. Even when faced with such a monumental change, the Dynamo community found a way to be extra innovative. Instead of the physical print magazines, for the first time in Dynamo’s history, an entirely digital publication was made available full of the 2019-2020 work. With this new change, the magazine could take other new creative liberties as well, “We decided to start accepting color submissions, knowing that we really could all use a bit of color and cheer at this moment in time, and also that accepting color submissions during quarantine would demarcate this unusual time in Dynamo’s history from the conventional times,” said Fine.

This school year, as Dynamo starts virtually once again, the unconventional creative choices of last year serve as a reminder of Dynamo’s resourcefulness, but the editors have decided to go back to tradition. “This year, we are not accepting submissions in color anymore, in the hopes that we will be able print the magazine. Even if we do not, we agreed that the switch to color was a temporary change and symbolic of the sudden switch to remote learning. Now that we are more settled, we want to continue Dynamo’s traditions as much as possible,” said Sperling.
“We decided to start accepting color submissions, knowing that we really could all use a bit of color and cheer at this moment in time, and also that accepting color submissions during quarantine would demarcate this unusual time in Dynamo’s history from the conventional times,” said Edie Fine ’21