Tuning in Together in a Time of a Crisis: The Soothing Power of Music 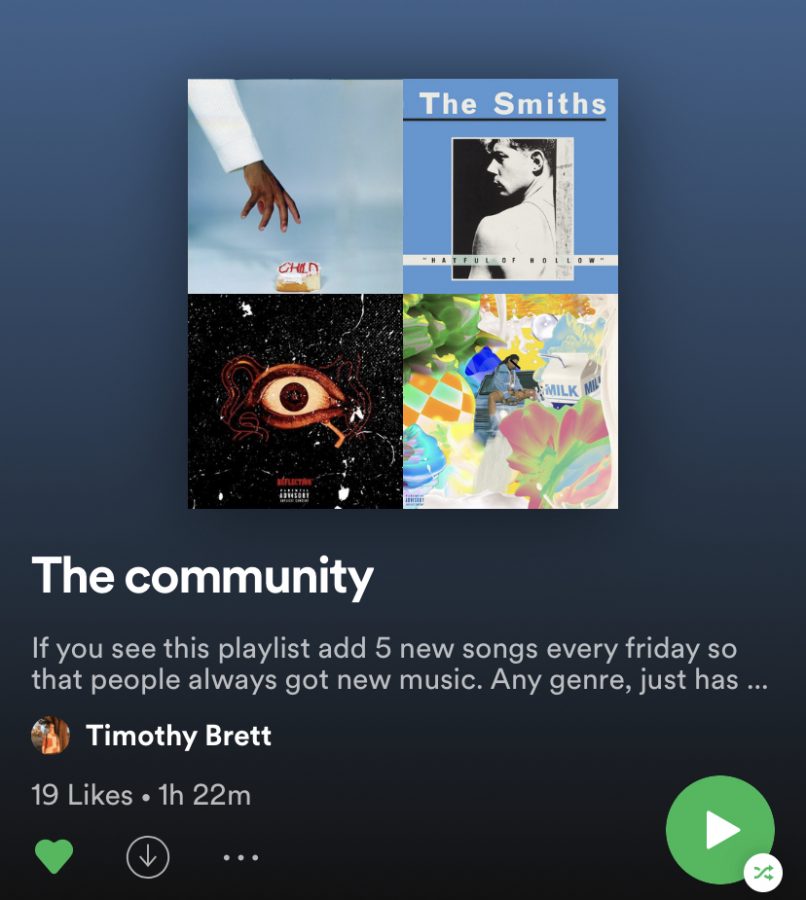 Many Bronx Science students have turned to each other for music recommendations. They share playlists in order to find new tunes and new methods of relaxing. “Listening to music has helped me to make sense of the uncertain times that we live in now,” said Phoebe Anne Marbid ’21.

With so much unstructured time at home during the last few months of quarantine, Timothy Brett ’21 has had more time to explore his favorite musical artists and to discover new music. He exhausted all of his usual music platforms and sources, but he wanted a new way to find songs. He decided to take matters into his own hands by creating a playlist on Spotify entitled ‘The Community.’ He sent the playlist to his friends and instructed each of them to add five new songs every Friday. He constructs weekly playlists with the added songs, so that everyone always has a playlist with new tunes from every genre. “I wanted a new way to get new music, and I know a lot of my friends wanted to get new songs during this quarantine period, as well,” said Brett.

He is not alone in his quest for new music. Quarantine has opened up time for students at Bronx Science to discover new songs, to revisit their favorites, to practice their musical instruments, and to have more interactions with the music world. “Music is on almost all day for me, whether I’m working on homework, cleaning, or watering my plants,” said Phoebe Anne Marbid ’21. Listening to music can be used both passively as background noise or more actively. Bronx Science students have been listening to music much more during quarantine than before, because they no longer have time-consuming commitments like physically attending school for nine periods a day or pursuing in-person extracurricular activities. “Now, I don’t have to wait until in between classes, free periods, or train rides to listen to music. I just listen to it whenever I want,” said Emma Nguyen ’21.

With more time to listen to music, students have explored new genres and expanded their tastes in music. Many students have turned to each other to explore new genres. Like Brett, Nguyen has a system with her friends where they send each other recommendations whenever they find new music. Sadie Sherman ’21 has been listening to her friend’s playlists as well. “They are different from what I normally listen to, and I really like some of it,” said Sherman.

Other students have used their time to explore new artists in genres they already like, such as City Pop for Marbid. City Pop is a sub-genre of Japanese music that fuses funk, jazz, and pop. “A few months ago, I started to listen to Mariya Takeuchi and Junko Ohashi, but I never expanded the spectrum of City Pop artists on my playlist until now,” said Marbid. Enza Jonas Guigni ’21 has been able to revive her past musical passions. “In middle school, I was a part of the New York Composers Bridge program at the New York Philharmonic, so classical music was a much larger part of my life. After starting high school, I listened to classical music a lot less, but I’ve found that quarantine has reinvigorated my interest in this genre. It’s comforting to listen to music that is nostalgic,” said Jonas Guigni.

In addition to listening, music playing has increased. Students have found more time to perfect their existing skills or to learn new ones. “I’ve spent a lot of time messing around with my keyboard, guitar, and ukulele in quarantine, which are all things I love to do, but don’t usually have time for,” said Sadie Sherman ’21. Bronx Science musicians have increased their repertoires with the extra time that used to be taken up by the long trek to and from Bronx Science. “I usually don’t have time to practice at all, but now I can practice my piece and play other songs as well,” said Sharon Gim ’21. There is no doubt that Bronx Science musicians will emerge from quarantine more skillful than ever.