We’re All in This Show Together: The First Virtual Student/Faculty Talent Show 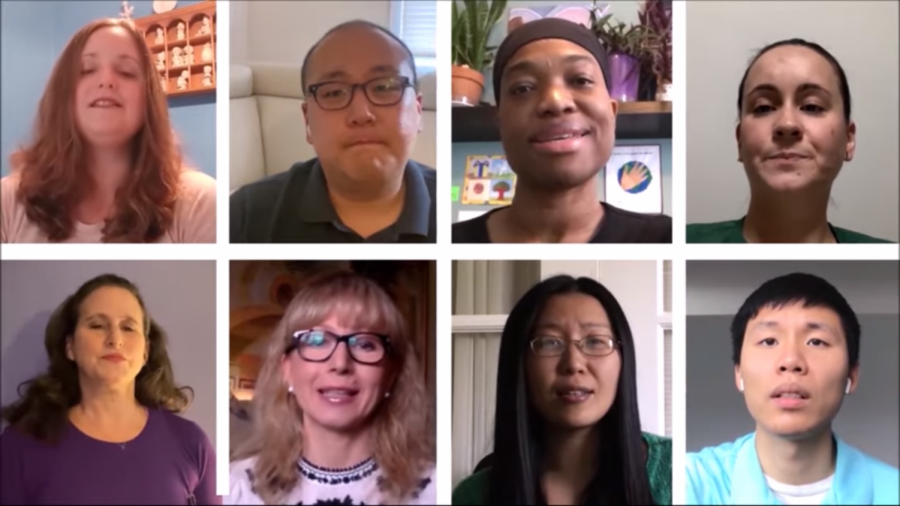 The Math Department’s group performance of “We Are the World” was a message of hope, especially during these difficult times.

Lights, camera, action — at home? Due to the Coronavirus pandemic, closed schools with virtual learning only may be keeping us physically apart, but school spirit showed itself on May 29, 2020, when both teachers and students came together for the first Virtual Student Faculty Talent Show. The show premiered on Wolverine TV and had over 400 views on the first day alone. It can be accessed through the Wolverine TV YouTube Channel HERE.

This year’s talent show was one for the record books. It featured all sorts of acts including superb piano skills, amazing covers of popular songs, and even quirky talents such as catching M&Ms. Samama Moontaha ’21 and Diana Campbell ’22 hosted the show, introducing each segment and remarking on the diverse talents that Bronx Science had to offer. Students such as Niles Christian Gunning ’21 and Jacqueline Liang ’20 played the guitar. Others showed instrumental prowess, like Samuel Finard ’20 who gave a riveting piano performance. Students and teachers alike joined in a mega performance of High School Musical’s “We’re All in This Together,” full of singing, dancing, and everything in between. Daring to do the impossible, Tover Feist ’22 caught M&M’s in his mouth with shocking success. However, the most heartfelt part of the show went to the Math Department’s cover of “We Are the World.” It starred Mr. Liang, Ms. Li, Ms. Constanzo, Mr. Yang, and others, with guest appearances by Mr. Cheung and Ms. Pedraza.

To many, the talent show was more than just a place to show off their unique gifts. Seeing the faces of our favorite teachers, friends, and peers was a refreshing change from the isolation that many have faced due to the lockdowns in New York City. Mr. Chomet, who has performed in talent shows in previous years as well as this year’s virtual one, said that performs in these talent shows because, “They allow me to connect with my colleagues in a non-academic context.” Collaboration was a big theme of this year’s show, as performances such as the Math Department’s and the sing-along of “We’re All in This Together” showcased how much we as a school are a community, even when we are not physically together.