The Science Survey • May 9, 2020 • https://thesciencesurvey.com/features/2020/05/09/coping-with-being-cooped-up-hobbies-during-quarantine/

Coping with Being Cooped Up: Hobbies During Quarantine 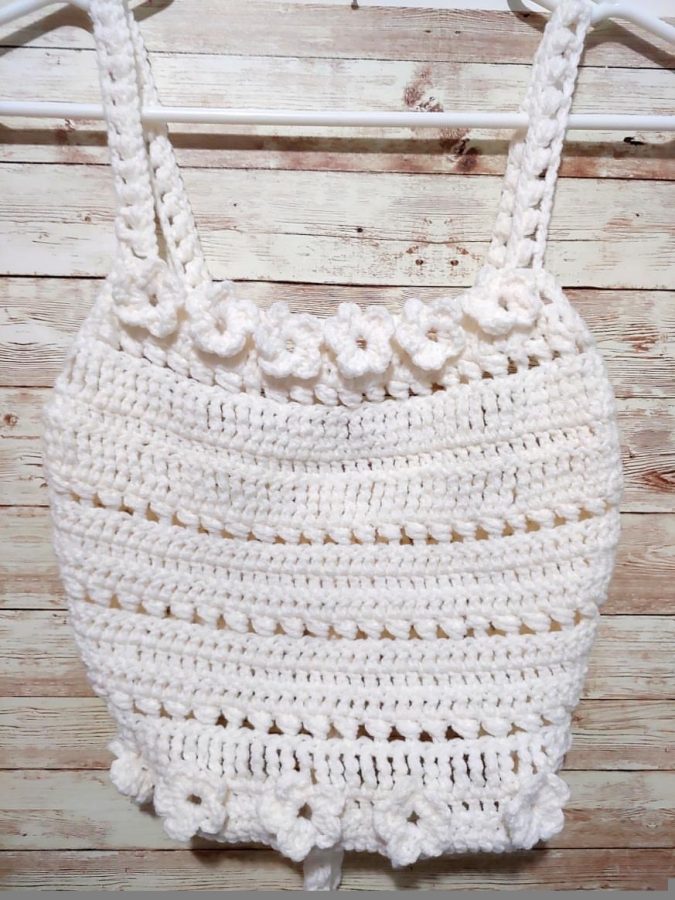 To crochet, “I like trying out my own styles and stitches. I see different techniques used so I combine them to make my own style,” Tajriyan Chowdhury '21 said.

On March 15, 2020, Bill DeBlasio announced that New York City schools would be closed to prevent COVID-19 from spreading. While originally anticipating for them to reopen on April 20, it has now become clear that schools will be closed for the rest of the academic year. On May 1, Governor Andrew Cuomo officially announced that all K-12 schools and colleges would remain closed. Since schools have been closed, Bronx Science students have been remotely learning to keep up with material. But no matter how large of a course load, students have found themselves with more time at home, providing them the opportunity to discover their own non-academic pursuits.

For instance, many students have chosen to learn a new language. This new knowledge will allow them to communicate in new ways when we are able to spend time with people again. The connections that can be made with a new language are endless.

For Nick Lin ‘22, by the time that quarantine came, Hindi would be the fifth language he took up. “Learning Hindi became my hobby because there are many Indian people from where I live. Most of my friends are either Bengali or Indian, so it’s not bad to learn another language,” Lin said.

However, language is not something that has to be spoken. Namira Mehedi ’21 has been taking the time to learn sign language. After being inspired by Jazzy, a Youtuber who is deaf, she decided to learn it. “I am also passionate about communicating with others and thought that if I learned sign language, it would expand my horizons,” Mehedi said. She has been using Youtube videos along with applications in order to learn sign language, and the fascinating history behind it. “Learning sign language may at first seem like a hobby, but once you start to research it and look beyond just memorizing words and phrases, it makes you think in a different way, and I’m grateful for that,” Mehedi said.

Coding languages are also another skill to learn in quarantine, and can open up opportunities in many fields. “Since I have the time now, I started a project with a few friends to make a language learning app and from that, I’ve learned a lot about Java, javaFX, javaFXML and web/UI designing,” Kat Lee ‘22 said. To her, coding is a broad skill where a lot can be done with some basic knowledge.

Creativity is meanwhile something that knows no bounds, and can also help make connections with people when we get to spend time with them again. With this in mind, Bronx Science students have taken the time to do things that let their artistic side shine.

Music is a universal language that evokes emotions in everyone. “I grew up listening to classical music, especially those of Tamil musicians thanks to my parents,” Aparnaa Senthilnathan ‘21 said. Ever since she was a little kid, she has learned how to play instruments such as the guitar and piano. Senthilnathan especially loves the piano due to its wide range of pitches that make improvisation and songwriting easier.

But some gravitate more towards creative writing than songwriting. Dahlia Bekong ‘21 started writing poetry in the middle of her sophomore year. Her inspirations originate from art, philosophy, and history, with elements of surrealism and fantasy. Bekong especially enjoys reading Dante Smith’s work because of how smoothly the imagery and commentary are mixed together.  “The best part of it is that it’s really therapeutic. I find that writing poetry helps to calm me down a lot, and it helps with organizing my thoughts,” Bekong said.

The pandemic has understandably caused many people to be anxious and fearful. While the future holds countless uncertainties, it has become harder to reach out to those we once relied on for emotional support. Amidst these negative feelings, people have taken up therapeutic hobbies in order to cope with being stuck at home, and have some fun while they are at it.

For example, baking is something that Arona Islam ‘20 has loved doing ever since she was a little kid. “I grew to really like baking because it was calming in a sense, and I continued to do it as a pastime,” Islam said. Her favorite recipe to bake is peanut butter brownies. “My brothers love peanut butter and I love brownies, so it’s a snack that the entire family enjoys,” Islam said.

Meanwhile, repurposing old clothes is something that is both environmentally-conscious and a fun form of self-expression. “This became a hobby for me because I am interested in designing, and experimenting with what I have is the easiest way for me to express my creativity in fashion,” Isabella Vidal ‘22 said. Vidal’s inspiration typically comes from Instagram and online boutiques. “I have the freedom to create almost anything that I can think of with the materials that I have without having to pay high prices for similar clothes from stores that aren’t as unique to my style,” she said.

Not only can old clothes be repurposed, but new ones can be created as well. Tajriyan Chowdhury ‘21 especially loves to crochet clothes and accessories. “I love creating things, and crochet was just another way for me to express myself through fiber art,” Chowdhury said. She likes to micro crochet earrings because of the motivating challenge in working with small details. “Crocheting is a great way for me to de-stress from a busy day. It’s a great way to keep myself doing something productive during quarantine time,” Chowdhury said.

With all of the time available, there are many things that you can do to keep yourself occupied while at home. Regardless of what you or anyone else has been doing with this free time, remember that it is always important to prioritize yourself and your safety.
“Learning sign language may at first seem like a hobby, but once you start to research it and look beyond just memorizing words and phrases, it makes you think in a different way, and I’m grateful for that,” Namira Mehedi ’21 said.