What Does “Influencer” Mean? 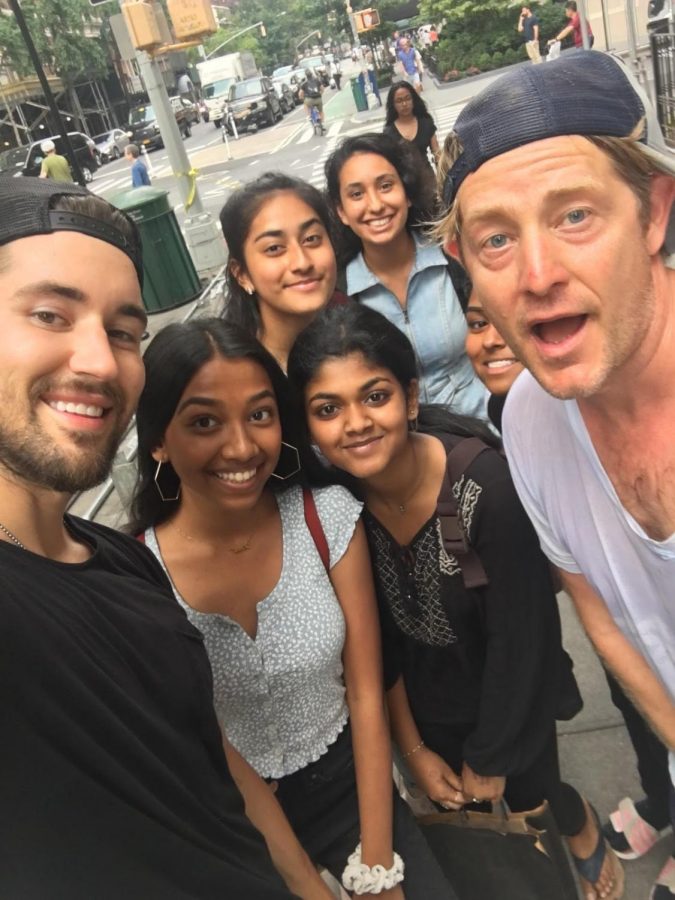 Radia Basher '21, Suborna Kar '21, Antara Afroz '21, and Nowshin Oishi '22 bumped into Instagrammer Jeff Wittek and daily vlogger Jason Nash during the summer of 2019. While recalling the memory Antara said, “I’ve had a lot of great moments in life, but this was by far one of the greatest.” Wittek and Nash work in the comedy aspect of the entertainment industry; their Youtube videos provide a fifteen minute laughter-filled vacation from society, which can be very attractive to stressed high school students.

The average teenager spends anywhere from six to nine hours on the internet. Some of the time may be spent doing homework and studying, but I’m willing to bet the majority of that time is spent on social media platforms such as Instagram, Youtube, and Snapchat. After a long day at school, students usually unwind and scroll through their feed full of friends’ and celebrities’ posts or watch several TikTok videos.

It’s very easy to find people on these platforms, follow them, like their posts, and become one of their fans. These social media personalities accumulate likes and followers, which eventually lead to sponsorships where they can actually make a profit. These influencers range from beauty gurus and health coaches, to lifestyle bloggers. Their job is to advertise products and companies to their viewers in order to make money. Some Youtubers and celebrities forgo brand collaborations, but there is always a sponsorship here or there because those provide the greatest source of income. Kalsang Gyatso ’21 believes that the reliance on external sources of money causes influencers to become “puppets in a larger industry.” Regardless, these influencers amass large followings by committing to specific aesthetics and ideals that they then integrate into their own personal brand.

At Bronx Science, one way that social media influencers impact students is through fashion. Allison Pascual ’21 finds that a lot of “students get inspiration for their outfits from Instagram.” Part of these influencers’ brands is what they wear. To have an interesting feed, Instagrammers wear fashionably unique outfits, which have caused a rise in specific fashion trends such as the E-boy or E-girl look, vintage wear, and thrift wear. Brands such as FashionNova and Supreme have gained popularity due to a strict adherence to trendy streetwear and their social networking clout. Influencers wear these companies’ clothes and their fans hop on the bandwagon of streetwear and luxury styles. Thus, when students see celebrity outfit posts, they are more inclined to buy from a specific retailer to mimic an aspect of the influencer’s style. Influencers use marketing in this way to sell products and earn compensation in return.

However, influencers don’t need to have millions of followers; they could just be teenagers in high school, for example our very own Sabin Alam ’20 and Faika Tabia ’21. These two students are brand ambassadors for Hollister and Greek Glasses, respectively. When asked to provide a description of what her ambassadorship entailed, Faika stated, “I just modeled products and [offered] a discount to anyone who liked them. I would get a commission based on how many people bought them, or get other free products.” She learned that, “the most important part of the process is how you sell the products, how confident you appear, and the quality of photos. You also have to have some sort of original influence on others, something brands look for before contacting you.”