An exploration of “ethnic” names. 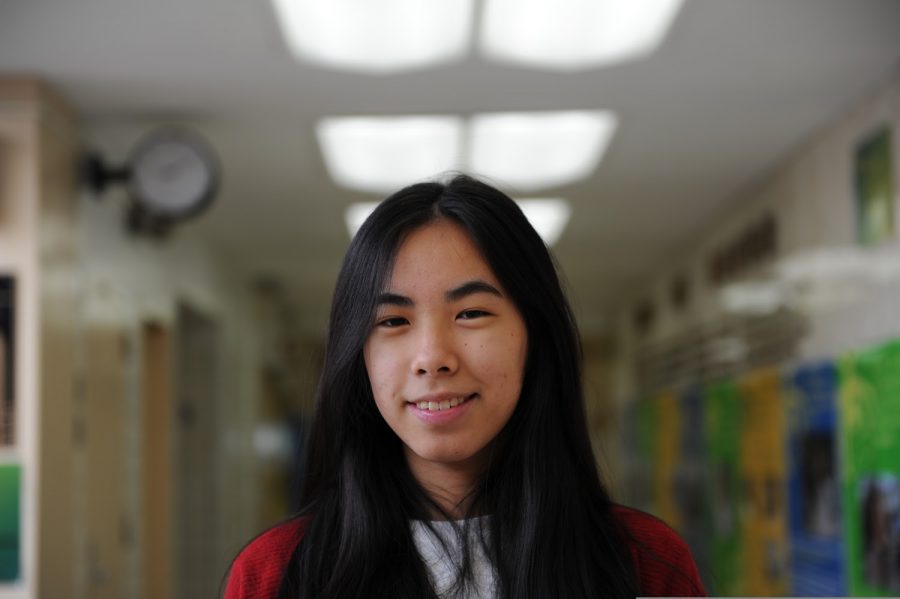 Akaneh Wang ’20 has come to love and accept her name. “I'm proud to be the one and only Akaneh Wang. If you look up my name in PupilPath, I'm the only one who comes up,” Wang said.

A name is a string of letters that come together to represent various cultures, backgrounds, histories, and ethnicities. Yet, while the world continues to become more tolerant and open to new cultures, a name can mean various things for different people. Those with “ethnic-sounding” first and last names can be marked by a reputation that depend on how others perceive their names. This can change the way that people perceive them, as well as how they perceive themselves.

A name carries a lot of weight. Particularly, for many with non-American or non-Anglo names, not only do their names come from other international languages, but can indicate a rift in society that may not have been noticed before. For instance, in an experiment conducted in May 2017 at the University of Toronto, researchers Xian Zhao and Monica Biernat found that caucasian professors were more likely to respond to a Chinese student’s email request if he went by ‘Alex’ instead of ‘Xian.’ Such differences in acceptance have received various responses from those with non-English or “ethnic” names. Some have changed their names, adopting more “white-sounding” names, while others have come to embrace their names, despite the stigmas that may come with them. Nevertheless, names play a significant role in one’s identity, representing both good and bad memories and pasts.

The Bronx Science student community is filled with students whose names are not necessarily on the list of top 100 baby names in America. Still, behind these names—long or short, common or uncommon—are stories and identities that provide insight into what comes with having an ethnic name.

Akaneh Wang ’20 was named after a beautiful maroon sunset that her parents marveled at one evening. Her first name is a reminder of the sunsets of her mother’s native Japan, her last name is her father’s. Just as her name blends two cultures and represents her family’s blended cultures. However, in elementary school, she found that her name wasn’t the easiest to pronounce as her teachers and peers struggled to properly say her name during roll calls and attendance. “[They] would call me every thinkable variation from ‘Kanye’ to ‘Acne,’” said Wang. “Unsurprisingly, I quickly became known as ‘the girl with that name.’ I didn’t like it at all.”

Depa Saha ’21 experienced similar issues growing up. However, the mispronunciations of her name came in the form of insults rather than accidents. “A lot of people made fun of my name my whole entire life, especially in elementary school,” said Saha. “[A] girl once called me ‘Home Depot’ and ‘Diaper’ during a presentation.”

Still, despite mispronunciations and jokes regarding their names, both Saha and Wang have come to appreciate and accept them. “Before, I ran out [of rooms] crying [when someone made fun of my name], but now I embrace the misspellings and mispronunciations. I laugh along now because it’s funny how people can mess up a four-letter name,” said Saha.

“Literally everyone mispronounces my name,” said Wang. “Now, though, I don’t mind it at all. After growing a little and being able to explore the world a little more, I really came to appreciate ethnic names.”

However, acceptance and love for a name can come in different forms. For Raymond Wong ’19, they came in the form of a completely different name. Wong was born Bang Ting Wong. Wong comes from Chinese and Afghani descent, and he attended an all-male Catholic middle school when he was thirteen. “I swear, the priests in religion class purposely mispronounced my name and the students there weren’t that much nicer,” said Wong. “They would call me ‘tin-head’ or say things like ‘bye bye bong bong’ because ‘Bang’ in my name is pronounced like ‘bA-ON-G’. At first I played it off as a joke and laughed along, but after a year of being taunted, I started isolating myself from my peers and avoiding everyone in the school.”

Wong changed his name to Raymond after middle school, which was the least Catholic name that he could think of. Until he was asked about his name for this article, he had not really thought about it before. “It’s safe to say that I’ve moved on,” said Wong. “I’m fine with Raymond, and I don’t really connect with Bang Ting Wong anymore.”

With time, the mispronunciations become humorous; the jokes and insensitivity no longer have an effect. For some, they have been unscathed by insults and have grown appreciative of both their birth names and nicknames.

Maanya Shah ’21 was born in the United Kingdom. After many family suggestions, name combinations, and lots of research, Shah’s parents named her ‘Maanya,’ meaning “one who deserves respect,” derived from Sanskrit. “My parents knew my name had to work cross-culturally because I live in the west; it couldn’t be too long, had to have a great meaning, and sound right,” said Shah.

Shah had many nicknames, like ‘Max’ or ‘Maxie’ but no jokes have been made at her expense. “If someone is joking about my name or whining about its ‘complexity,’ it’s probably me,” she said. “I love my name. I sometimes wish it was less noticeable – I would’ve been okay with Max, honestly, but it’s a great name.”

As someone with both an ethnic birth name and Anglo-nickname, I too have been conflicted when it comes to accepting both names. I understand the anxiety of having to mispronounce my name for others to understand, the annoyance of having to correct teachers during attendance, and thoughts of whether taking a nickname would sever my ties to my ethnic name and its culture. However, one thing is clear: a name is whatever you make it.
“It’s safe to say that I’ve moved on,” said Wong. “I’m fine with Raymond and I don’t really connect with Bang Ting Wong anymore.”