A Door to More Diversity: The Bronx Science Cultural Board 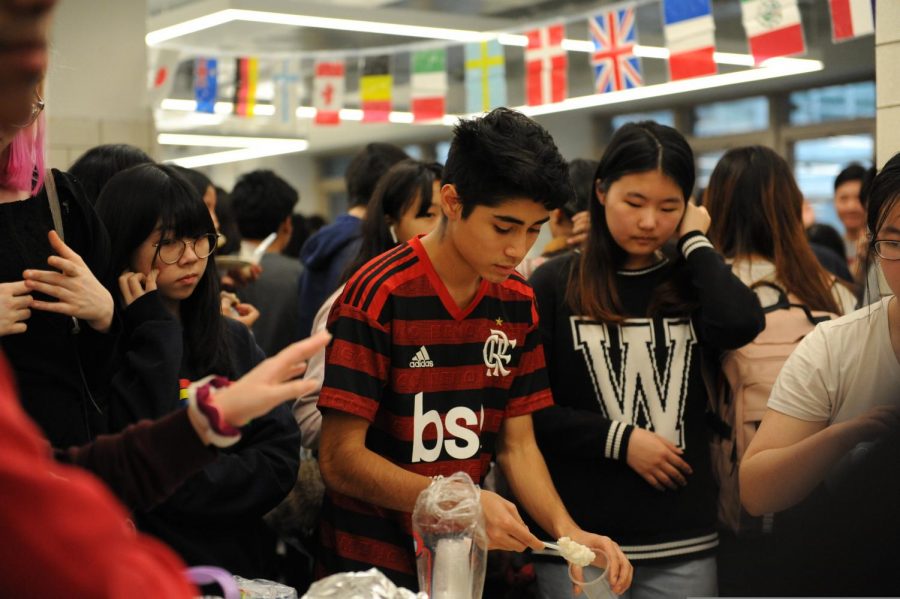 In recent years, New York City has focused on the issue of diversity, or lack thereof, within specialized high schools. While a plethora of different cultures is expected to be represented in our New York City schools, many cultures aren’t fully celebrated. However, Bronx Science has taken strides to embrace the diversity within its walls by creating the school’s first-ever Cultural Board!

The Cultural Board consists of passionate student leaders, specifically those who help run cultural clubs in the school. Ever since the board formed, the members have been diligently working on creating new ways to promote diversity amongst the community. On January 31st, 2020, the first ever Cultural Day—a product of the Cultural Board’s hard-work—was presented to the student body. Between the delicious food, stellar performances from NASHA, Vivo Latino, and MSA, and the global representation, the event was a massive success. By celebrating their differences through new food and performances, students got a taste of some of the vibrant cultures within the world, giving the Cultural Board hope for future events. “I would like to make Cultural Day a deep tradition at Bronx Science, and something that all students look forward to,” said Anthony Bonavita ’20, co-president of Italian Club.

While the board continues to work on new events for the community, members express their opinions on diversity within the school. “I personally believe that Bronx Science has diversity, but that we need opportunities for kids to express their diverse culture and traditions,” said Nusaiba Chakladar ’20, president of the Hindi Cinema Club. Reiterated by many other members, this idea emphasized learning about different cultures and ethnicities and its importance. “Being educated about other traditions and beliefs allow us to collaborate better with one another and opens us up to many new perspectives,” said Madina Monowara ’20, president of the Muslim Student Association. “This also helps us break down our biases—something we all need to continue working on eradicating if we really want to foster an open and loving community.”

Learning and accepting other cultures and traditions is the first step to strengthen diversity, but members of the Cultural Board also place a strong emphasis on embracing one’s own identity. “My entire family is from Cuba, but my parents migrated to Europe, and I was born in Italy and then grew up in Spain until moving to New York when I was twelve,” said Daniela Castro Garcet ’20, co-president of the Italian Club. “This exposure to different cultures has shaped me into who I am today, and I couldn’t be more thankful!” Being comfortable with our own culture is incredibly important, as it shapes an individual’s identity, and students on the Cultural Board thoroughly agree. As said by Melody Moulton ’20, president of the Black Organization for Student Strength, embracing one’s identity instills “a sense of pride in ourselves and others who share our identity, giving us confidence.”

The Cultural Board is working to spread this sense of pride even further, preparing the second Cultural Day in Bronx Science history. “Our next cultural day is planned for later in the year, and we are trying to find different ways and ideas to get the student body more involved,” said Castro. The board is planning an event bigger and better than the last, aiming to represent more of the student body. Board members are currently suggesting a cultural showcase for later on in the year, with performances from numerous clubs and individuals. Riding off the success of the first Cultural Day, there is high anticipation for the second, and knowing the diligent board behind the event, everyone will have expectations met!
“Being educated about other traditions and beliefs allow us to collaborate better with one another and opens us up to many new perspectives,” said Madina Monowara ’20.