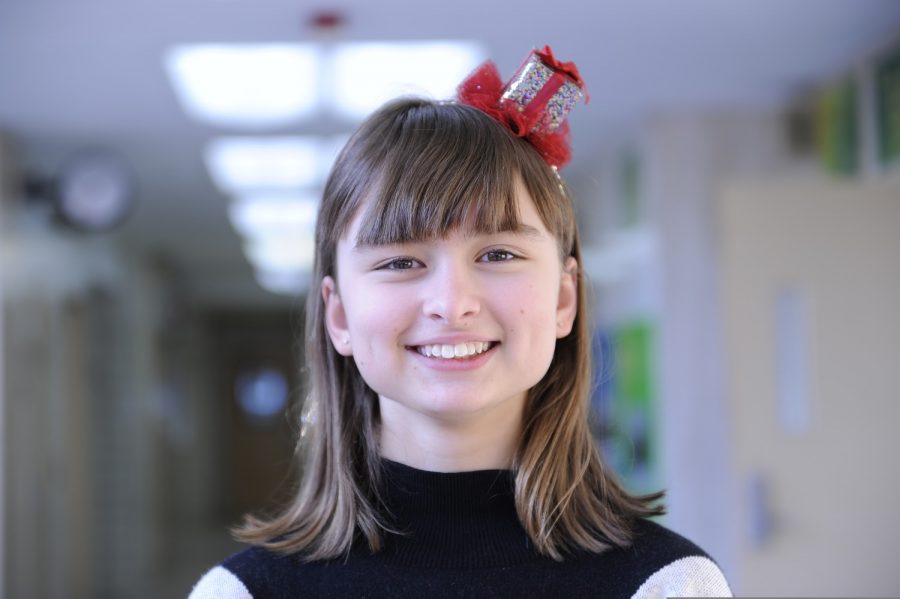 Emilia Pelegano-Titmus ’22 likes to write down her resolutions in a bullet calendar that she keeps on her wall to motivate her to stay on track with her resolutions.

It is January 1st, 800 B.C.E., and you – wait a minute! There is no month of January! That’s right, in the early Roman calendar, which was based on the moon’s cycle, there were only ten months in each year. When the second Roman King Numa came to power in approximately 715 B.C.E., the months of January and February did not exist yet. Numa decided to honor the Roman two-faced god of beginnings, endings and doorways, Janus, by naming the first month of the year after him: January.

Janus’ two faces symbolize looking simultaneously forward into the future and back into the past. January typically marks the start of a new year, creating a “clean slate” for many people.  “The Romans celebrated the New Year by worshipping their gods and praying for good fortune,” said Bronx Science Latin teacher Mr. Richard Carli. Some tired Bronx Science students don’t do much to celebrate the New Years,  preferring to spend their breaks away from the excitement and stress of the school year. “I don’t actually stay up to watch the ball drop from the sky. I did it twice and found it very anticlimactic, so I never did it again,” said Meriel Crowley-Wang ’22.

Though it may not be difficult to simply come up with goals for the year, it’s much more challenging to find the motivation to actually fulfill resolutions. Most people who make resolutions eventually end up breaking them, turning them into a sort of joke.  To keep resolutions, Pelegano-Titmus, who says she’s always been successful in accomplishing hers, advises writing them down and keeping them somewhere prominent. “This will encourage you not to completely forget about them,” she said.

However, Crowley-Wang, who is also good at keeping resolutions, disagrees and says that keeping to resolutions “is about internal motivation, not external influence. If you end up not sticking to it, then you were never supposed to stick to it. It just wasn’t meant for you.” If you really want to accomplish your goals for the new year, they have to really mean something to you. Only take on resolutions that you think will actually improve your life.

Many students feel an increased amount of stress during this time of the year because of midyears or research papers, but try to take a moment to be refreshed by the new year. This January can be a clean slate for everyone, something you should take advantage of. If you think of the New Year as your chance to start over, study harder, take on more opportunities or take better care of yourself, you might find that it’s not such a bad time of the year after all!

No matter what your resolutions are, if you want to have a more productive year, you should try to keep in mind the advice of your fellow resolution-makers. Congratulations on surviving 2019 and have a fabulous 2020, Bronx Science!
“If you end up not sticking to your [resolution], then you were never supposed to stick to it. It just wasn’t meant for you,” said Meriel Crowley-Wang ’22.