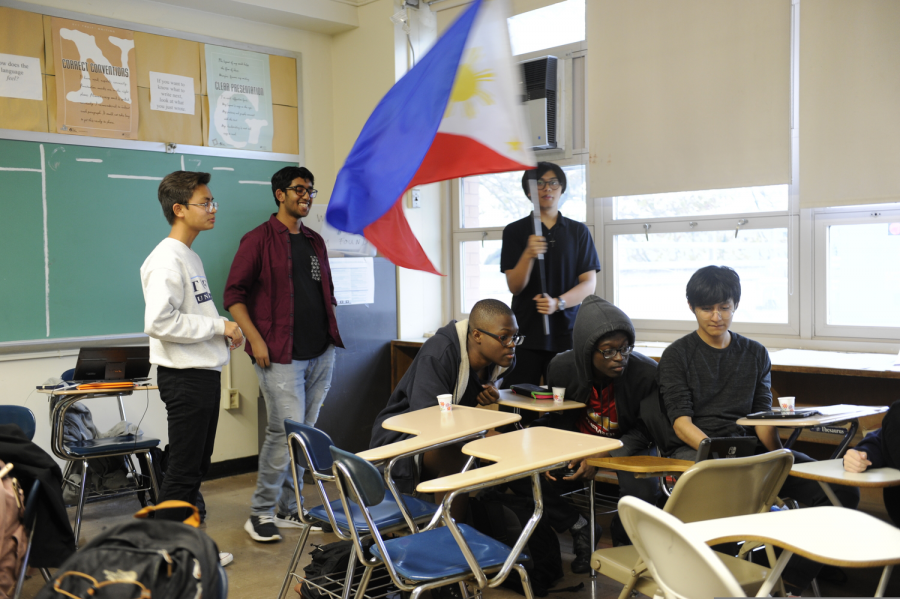 The diverse, enthusiastic members of Filipino Club participate in karaoke together.

When people hear “the Philippines,” the first thing that usually comes to mind is exotic food such as balut and adobo. However, Filipino culture is far more complex than its cuisine. It encompasses religious beliefs, holiday celebrations, and unique traditions.

Many share the misconception that one has to be Filipino to join, but this is certainly not the case. In fact, people of other cultures are encouraged to join for the sake of learning something new. “Our main goal is to actively learn more about Filipino culture and have fun with everyone, whether they are Filipino or not,” said Velarde. Culture clubs are centered around the idea of fully accepting one’s heritage. Naturally, such clubs would be inclusive and accepting of different cultures.

There are many activities for members to look forward to, for Filipino and non-Filipino students alike;Velarde has many exciting aspirations for the club this school year. “We’re looking to participate in more events and collaborate with other clubs. We’re planning on crafting parols (Christmas star lanterns) and perhaps even having showcases of traditional Filipino dances,” she said.

For the many Filipino students who felt as if they did not have a place to belong, the Filipino Culture Club is a dream come true. This club will serve as a small piece of the Philippines, right here in our own Bronx Science community.